Look at last night's fascinating discussion on The Duran (with Alex Christoforou and Alexander Mercouris) about the war in Ukraine and what is happening regarding the oil trade and currencies in the world outside US-NATO, in reaction to US-NATO sanctions.

Australia shows contempt for an international rules-based order, agreeing to join the US and UK with a naval, air and ADF personel presence in the Persian Gulf without any national debate or UN resolution.

PM Scott Morrison announced today that Australia would join an international mission to protect trade through the Strait of Horumz.
The international force consists of the UK, US, Australia and Bahrain.

Spokesperson for the Independent and Peaceful Australia network, Ms Brownlie said: “This is being presented as protection of the flow of oil through the Persian Gulf and in Australia’s national interest, but it is clear the US is chafing at the bit for an opportunity to attack Iran having spent many years imposing harsh sanctions on the people and most recently pulling out of the JCPOA effectively destroying prospects for peace with Iran.”

“The last illegal action taken by the US ,UK and Australia was to form the so-called coalition of the willing to mount an attack and invasion of Iraq opening a pandora’s box of instability in the whole region.”

“Australia has no interest in a conflict in the Persian Gulf, and no enmity towards Iran. Such a conflict without a UN Security Council resolution would be illegal, and would expose Australian leaders and the ADF to accusations of the war crime of aggression,” said Ms Brownlie.

Former secretary of the defence department, Paul Barratt, told The Guardian. Australian involvement in potential military action in the Gulf could be illegal, and argued it was “very foolish for us to get involved in this provocative behaviour”.

“This is an application of military force. There ought to be a debate in the parliament, and we ought not to engage in any activity that would foreseeably involve the use of military force without that debate,” he said.

“Australian leaders need to heed the lessons of the past. Its time we decoupled from US foreign policy and act independently in the interests of peace and stability,” said Ms Brownlie.

In this 1973 video, the Club of Rome envision a world with far less need to work long hours and with a benign system of international cooperation. I think that they would be horrified if they could see what has actually happened, and the role that the IMF has taken. I think the Club of Rome got the material settings right, though.

This short Australian interview with men from the Club of Rome in 1973 is interesting in that the data seem right. It's 1973 and they are looking to 2040-ish. Population growth is coming right up against the time they expect it to be overwhelmed by deaths. The use of natural resources has happened as predicted as too the production of waste and the dwindling quality of life. Those interviewed advocate international cooperation to address global problems and cite the European Common Market as being a good start. 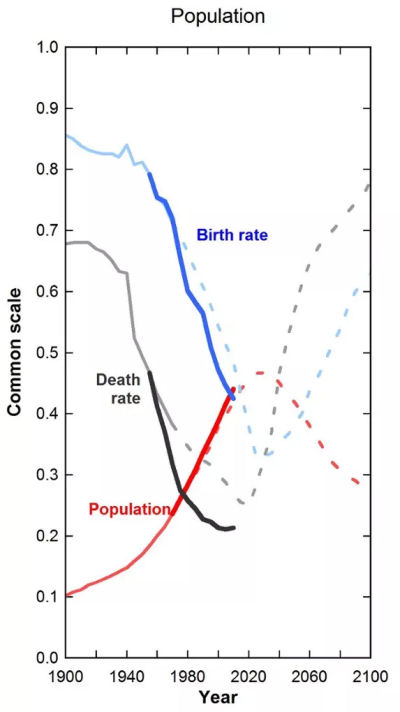 It's a good effort at looking into the future but I think things are worse than they thought. They are envisioning a world where a more sensible course is taken rather than the current mad rush to get as much out of the system as possible. They are seeing internationalism and international cooperation (re trade for example ) as an opportunity to avert catastrophe, rather than the hideous heartless, overblown monster that has actually emerged.

This interview happened in the year of the 1973 Oil Shock, just when various colonial oil-producers were declaring independence and nationalising their oil industries.

It is interesting to see how the man from the International Monetary Fund appears so much milder than his current manifestations, although we do hear him defend private enterprise over nationalisation of industries. And to think of how the United States and the EU are currently threatening Venezuela, one of the last countries to maintain a national oil-industry despite the constant efforts at take-over by US-NATO since 1973.

It seems that the Club of Rome did not predict the number at which global population might fall, but they show death-rates rising to the point that population numbers fall rapidly around 2020.