The function of Australian mass media seems to be to inveigle listeners into complicity in the terrible transformation that is being visited on us in Australia (turning what were once pleasant capital cities where most of us now live, into dystopian megalopolises) by inviting them to 'choose' between distasteful solution A or unpleasant solution B. 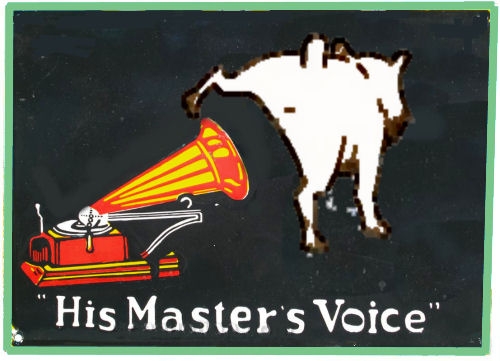 I am fed up with the fact that nearly all the air time on local ABC radio is filled with discussion of the symptoms of rapid population growth and human overpopulation with scarcely a passing reference to the actual cause. For example, today I caught a discussion of wind farms on the Basalt Plains in Western Victoria. A woman called Jon Faine’s program with a concern that there are only 500 brolgas left in the area and that wind farms impinge on the birds’ territory by around an 8kms margin from each wind farm. Host, Jon Faine as devil's advocate pointed out that the brolgas could go somewhere else as the wind farms were not really taking up a lot of space. The next caller ridiculed the brolga advocate with the opposite argument that if coal continued to be used to generate electricity then there would be no environment for brolgas or anything else. Neither caller mentioned that with increasing population, more and more electricity needs to be generated either by coal or by wind farms or whatever will do the trick. The human environmental footprint in Victoria is growing from a size 10 to a size 14 with no end in sight.

I’m also fed up that the Leader newspaper was delivered to my letter box this week with the front page headline “Please ease squeeze” plastered over a photo of South Yarra railway station exit/entrance presumably at peak hour in the afternoon as the crowds are walking away from the station. According to the article the station is a daily bun fight with too many passengers for the capability of the station. Prahran State Greens MP, Sam Hibbens “has lodged a Freedom of Information request with the department of transport to find out what improvements are being considered for the bustling hub.” This same MP in 2010 as a Federal candidate was invited to reply (both in writing and by phone) to a questionnaire on population for Sustainable Population Australia but no reply was received. In a nutshell, Hibbens is calling for improvements in the station to accommodate an “extra 5000 people expected to move into the Forest Hill precinct adjacent to the station in the next 15 years.” I feel exasperated to know that it is already overcrowded, so the improvement would have to provide an enormous increase in capacity if it were to accommodate the continuous increase in population which is expected. This increase in population ensures continued discomfort and stress for passengers. This is a big deal as it is an essential part of their daily lives and we only get one life each, as far as I know. Governments don’t seem to be about improving lives at all, only talking about it, staving off complaints, and controlling what should be uproar about the completely avoidable destruction of the reasonable lives we used to lead and could have continued to have led.

I am equally fed up with the articles in the daily media such as The Age in Melbourne (several this week) about booming population growth as though it is news. To me it is just a constant feed of reminders to the readership of a decreasing quality of life due to socially engineered population hyper-growth.

Turning to the radio, the function of chat shows especially on the ABC seem to be to inveigle the audience into complicity in this terrible transformation that is being visited on us in Australia (turning what were once pleasant capital cities where most of us now live, into dystopian megalopolises) by inviting them to feel they are being heard by calling in with suggestions and their views on whether they’d like distasteful solution A or unpleasant solution B. Alternatively, the programs feature trivial topics as a brief distractions from the reality of where we are heading. (As I write this, the program I can hear is dedicated to personal coincidences.)

I’d love to know what instructions the columnists of the daily newspapers are given to guide them in their articles on population growth. It must be something like “Make sure that you don’t let anyone know that high population growth is a government choice. Make it sound like a trend you are following and reporting on that has no rhyme or reason."