The Federal Government is not the sole responsible for Australia's planned and economic immigration; in fact the States seem to be leading it. State governments and political parties tend to try to mislead Australians on this very issue, so I felt it was time to write an article. Now is the time to head to your local member's office and ask him or her what he or she is going to do about this. If you don't get a sensible answer, vote small parties before Lib, Lab or Green. 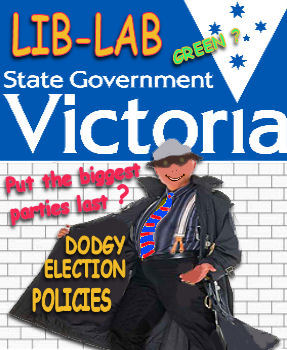 Your most telling examples of how the States impact on immigration are the State migration websites. The States 'nominate' migrants. I think the Feds just pretend to 'vet ' them. In Victoria it is www.liveinvictoria.gov.com.au, in WA www.migration.wa.gov.au/, South Australia, https://www.migration.sa.gov.au; in Queensland, migration.qld.gov.au/, ACT: www.canberrayourfuture.com.au/, Northern Territory: www.australiasnorthernterritory.com.au/; Tasmania, www.migration.tas.gov.au/
And there are the national pages: www.immi.gov.au/Work/Pages/Work.aspx 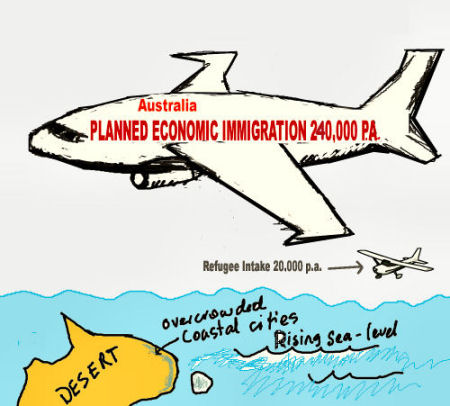 The States pressure the Federal government for immigration. They organise to redefine areas of the states as regions in need of migration. Jeff Kennett managed to reverse Victoria's negative population growth in the 1990s in part by doing this. He made it possible for rural people to sponsor nephews and other distant relatives as immigrants because they were places in need of migration for workers etc. I think following on from him, State governments around Australia did things like make their CBDs 'regions in need of immigration'. Note that on the NT site above, for instance, there is a display that explains that it is a "designated area Migration Agreement".

The States are in charge of land, water and power. They earn money from land-sales through stamp duties and rely a great deal on this. The political parties are invested in land, development and finance (including banks) as well and States have institutions which facilitate private investment in public land for property development. It is all quite incestuous.

The States also earn money from private public development, over our protests. How many of you knew that "Places Victoria" is actually the Victorian Government's public-private property development arm, and that it is a payed up member of the Property Council of Australia - which heads up the Australian growth lobby. And, for those who care about the homeless, the Department of Human Services, Office of Housing, is also a member. Truly, in the land of the not so lucky anymore, the foxes are credentialled chicken guardians.