Australia's Catholic Church was Australia's biggest private property owner in 2005[1] and probably still is. It is deeply embedded in Australia's housing-fueled ponzi-scheme, which costs the rest of us so much environmental heartache and financial pain. It also a major source of the immigrationist propaganda that is fed the public. The author has been particularly sickened to read lately of how the church is reaping untaxed benefits by wrecking a local creek whilst developing a site now infamous for its institutionalised child-abuse, and how it continues to be granted a privileged seat at the planning table. 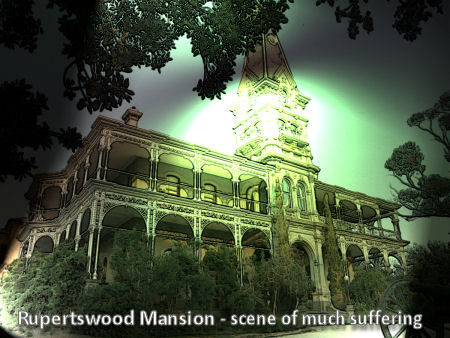 A recent Age article reveals just how embedded the RC church is in housing-fueled ponzi-scheme we are living through. See "Private school explosion on Melbourne's fringe," by Timna Jacks and Royce Millar,
The Age, July 7, 2017.

"So, too, does the Catholic sector in particular demand, and is given, a seat at the table in the planning of greenfield areas.
In its 2016-17 annual report Catholic Education Melbourne claims to be "firmly embedded" with the Victorian Planning Authority and to have strengthened its "prominent" position in growth area planning. [The report] also notes that where the planning authority agrees a Catholic school is justified in a new suburb, it has changed its approach to designate the site as 'Catholic' rather than just 'non-government'.

Another article, about Sunbury with Trevor Dance quoted: "Changing Sunbury a microcosm of Melbourne's rapid growth," by Clay Lucas and Royce Millar, notes that the Salesian Brothers are working with the developer to bring forward the development of the land, and leading to the destruction of Jackson’s Creek.

A 2013 SMH article about these evil abusers, the Salesians of Sunbury, "The Hell House," by Mark Russell and Jared Lynch, gives us significant background and sticks in my mind for personal reasons.

As a Paediatric Audiologist around 1980 I remember one of my patients was a young very deaf lad from some farming area, whose mother so proudly told me she had got him a place boarding at the Salesian Brothers Rupertswood, Sunbury, which had an agricultural strand to its curriculum. The Salesians' debauchery at Rupertswood would have been well underway back then. She envisaged her beloved deaf son becoming a competent farmer and returning to their family farm to eventually take over running it. I shudder to think what might have actually happened, and that the Salesians may well have returned him to his family as a broken, damaged man - so many of whom have gone on to commit suicide.

It makes me sick that they are now reaping millions of dollars developing the site where they abused so many children in their care- and yet we still consider them and their organisation worthy of a seat at the planning table. And they are of course quite happy to trash the local environment in the process.

[1] "NGOs are an integral part and function of corporate power. In 2005, Australia’s Catholic Church, which receives tens of millions of dollars yearly in government subsidy had revenue of nearly A$16.2 billion, all tax free, and ‘was Australia’s biggest private property owner and nongovernment employer, with more than 150,000 on its payroll (Cadzow 2012: 12)."
Paul, E.. Australia as US Client State, edited by E. Paul, Palgrave Macmillan UK, 2014. ProQuest Ebook Central, .
Created from slv on 2017-05-24 07:01:05