Bob Couch and Michael Roberts will be contesting the Legislative Council on behalf of Stop Population Growth Now at the March election. Their website is at www.stoppopulationgrowthnow.com. 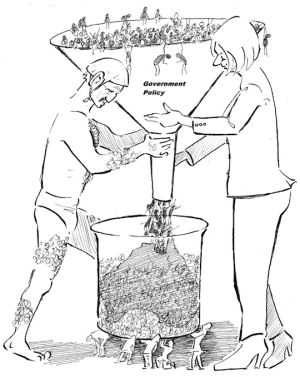 Bob Couch and Michael_Roberts will nominate for the Legislative Council for the March 2018 SA election.

When I lodged my nomination as a candidate for the SA House of Assembly seat of Fisher 2 years ago, the very first communication I received was a letter from the ABC telling me I would not get any coverage for my campaign.

The South Australian Greens have given their first preferences at next Saturday’s 15th March state election to the Stop Population Growth Now party.

In an enlightened move for the Greens, the party in SA is actually acknowledging the strong and obvious link between living standards, environmental conservation and climate change – something that shouldn't be so obscure for the rest of the party with an environmental focus!

This year my 8-year-old daughter's school class has been studying “sustainability”. Last term she was all over me like a rash about not wasting water. Unfortunately, I had to explain to her that saving every last drop of water was actually a waste of time, 'The water you save will just let the government bring in more people because it wants to grow the population. It actually makes more sense for you to use as much water as possible because that may slow the government down'. Article by Michael Lardelli [1].