The member for Dawson may not care about the black throated finch, but I do. It is a beautiful little bird. We should not push it to the edge of extinction in our quest for ever-increasing material wealth. Mining booms come and go but black throated finches do not. If the black throated finch becomes extinct, there is no way to bring it back. We have the EPBC Act precisely because we have learnt from the mistakes of the past and we should support it and strengthen it, not undermine and white-ant it.

Since being passed by the Howard government 16 years ago the Environment Protection and Biodiversity Conservation Act has been the overriding national environmental protection law, including throughout the mining boom, and environment groups are required to operate within this law. Since the act commenced in the year 2000 there have been approximately 5,500 projects referred to the minister under the environmental impact assessment provisions. Of those projects around 1,500 have been assessed as requiring formal assessment and approval.

Around 33 actions have been commenced in the Federal Court by third parties in relation to the EPBC Act's environmental impact assessment process. The proceedings taken by third parties have related to only 22 projects that had been referred under the environmental impact assessment process, so this means that third-party appeals to the Federal Court affected only 0.4 of one per cent of all projects referred under the legislation.

Section 487 was designed to address issues of standing, a legal term that broadly means an individual's or group's right to challenge an approval on the basis that they are either affected by it or have a special interest in the outcome. It does not provide for open standing, whereby anyone can bring an action for review, but it does authorise representative standing in which groups can act on behalf of an affected community. This is a crucial component of a national environmental act that seeks to promote rigorous and effective environmental review for approvals that, potentially, affect matters of national environmental significance, such as the development of Queensland's Galilee Basin coal deposits.

Removing section 487 will stop environmental groups from acting on behalf of affected communities and performing their important function as a watchdog. As The Australia Institute has highlighted, advocacy is essential for a well-functioning democracy, providing for those most affected by government decisions to be involved in policy formation, helping keep government accountable to the wider community and counterbalancing the influence of corporate organisations over government decision making.

Robust environmental review by focused, engaged, representative organisations, like the Mackay Conservation Group and the Australian Conservation Foundation, has never been more important. Rolling back the legal provisions that allow this to happen would be a backward step.

Environment East Gippsland (EEG) has won its fourth successful legal case, in a remarkable series for this David vs the Goliath of logging and destroying habitat. Over 2000 hectares have been set aside for owl habitat in a legal win for the owls. This was EEG's fourth Court case challenging the government's non-adherence to its own environment laws and it was settled on 17 July 2015, in favour of the owls!

EEG, DELWP and VicForests have agreed that the environment department (DELWP) take action to adhere to legal obligations and increase owl protected areas as well as assess the damage done to owl habitat and study owls post-fire to inform whether new protection zones are necessary. Logging in key areas of unprotected owl habitat scheduled for clearfelling will be halted for 4 years while this work is underway.

The department and VicForests have agreed to:

The department and VicForests have agreed to:

Brown Mountain’s remaining unprotected stands of 580ha (including a Powerful Owl nest site) to be included in a Special Protection Zone, including 185ha that was scheduled for logging.

Forests totalling 537ha planned for imminent clearfelling will be put under a 4 year moratorium. This includes old growth areas of:

The case was launched 10 month ago when the Napthine government was in power. Then Ministers Walsh and Smith refused to review the owl protection zones. Although we were disappointed that the new Labor government chose to continue along the legal path for some 7 months, we are pleased that it now accepts that it must do more work to ensure our large forest owls survive.

We look forward to working with the department on these owl protection measures over the next year while continuing to demand permanent protection for all remaining old growth forests and the many other threatened wildlife species in East Gippsland.

In summer 2014 bushfires raged across some of East Gippsland’s best old growth forests in and around the Snowy River National Park. The loss of primary habitat for many threatened wildlife was obvious. The constant crashing of hollow bearing trees for 2 months (and afterwards, thanks to the department’s habit of falling every big tree within cooee of a track) made it clear this would have a shocking toll on wildlife – especially those dependent on old trees with large hollows.

There were 46 protected owl zones impacted in the final 170,000ha of burnt forest (much of which was deliberately burnt by the department). Some zones suffered very severe fire that killed trees and ‘evaporated’ the understorey. Others had less severe fire through them but still resulted in many hollow bearing trees being lost.

Owls, gliders, frogs, bandicoots, potoroos and untold other species were wiped out in the inferno. It will take decades for the damage from this shockingly managed fire to start to recover. East Gippsland’s rare species that relied on the Snowy Park for refuge will now be under even greater threat and need all the help they can get.

We have recently had a number of articles about 457 visas and also about feared changes to the Commonwealth Environment Protection and Biodiversity Act ( EPBC). Currently the Business Council of Australia is making a fuss about where the government is going with this and the mass media is supporting them and generally giving Ms Gillard unseemly treatment - so we may assume that there is a chance that the Gillard Government is up to some good. 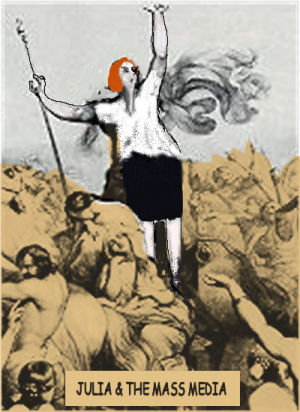 "The Business Council of Australia is pleading with independents and the Senate to consider the national interest and reject the last minute frenzy of 'anti-business' legislation being rushed through the final days of Parliament."

[Noting that it was] " ...particularly concerned about planned changes to the system of 457 temporary visas for skilled workers and amendments to make it illegal for the federal government to effectively hand over its environmental approval powers to state governments."

So, what's going on?

· Employers must demonstrate that they are not nominating positions where a genuine shortage does not exist;

· The English language requirements for certain positions have been raised;

· The enforceability of existing training requirements for businesses that use the program will be strengthened;

· On-hire arrangements of 457 Visa workers will be banned;

· Compliance and enforcement powers will be beefed up to deal with employers who have abused the 457 system; and

The Liberal Opposition is opposing these measures.

If States get control of the environment as well as over water and land, which they already have, then we can expect the same vandalism currently tearing Queensland apart under the Campbell Newman State Government.