French Prof Gilles-Eric Séralini's scientific study that identified grotesque tumour and other disease processes including severe liver and kidney damage in rats fed on 'Roundup ready' GMO maize has been republished in Environmental Sciences Europeafter strong commercial pressure forced its retraction from Food and Chemical Toxicology (FCT) in the presence of a new assistant editor for biotechnology who was a former employee of Monsanto after he sent a letter to FCT to complain about the study. Regulators must now answer its findings and review GMO and agro-chemical licenses, and licensing procedures. When it was originally published Prof Gilles-Eric Séralini's study so shocked the French Government that it immediately called for an EU review on the use of Round up treated food for farm animals. The US has been exerting more and more pressure on the EU to break down European resistance to GM foods. Russia has remained firm against their use. Like the United States, Australia has, predictably, shown very poor leadership in this matter, failing to take precautionary steps to protect its population from GM foods or to protect their capacity to choose whether they want to eat them or not.

In 2012 we reported on the then French minister for agriculture's decision to suspend all use of genetically modified maize on 16 march 2012 subsequent to Professor Séralini's study showing huge rates of tumours in rats fed on Roundup herbicide and Roundup tolerant maize after four months. Since then the European Union, which has lesser rules for safety, has prevailed legally upon France to withdraw this suspension. In the mean time, Séralini has been very poorly treated, in the socially predictable reaction towards anyone who has criticised the product of an incredibly rich, powerful and secretive company. 150 scientists from around the World have condemned the retraction of French scientist Gilles-Eric Séralini’s study on GM Maize and Roundup as a bow to commercial interests. The number of scientists and experts condemning a journal editor’s retraction of a study that found serious health effects in rats that ate a Monsanto genetically modified (GM) maize and Roundup herbicide has climbed to 150. You can read more on the website http://www.gmoseralini.org/en/, but we reproduce an article about his undermining and video about his research. Judge for yourself.

Australian medical novelist, Kathryn Fox's writing shows more interest in the lives of victims of crime than in the gruesome details of their deaths. Her obvious social conscience and real sensitivity makes other forensic crime writers, like Patricia Cornwell and Kathy Reichs, look like teen-age necrophiliacs.

Kathryn Fox is different. One is educated about society in her novels. Her most recent novel,
Fatal Impact set in Tasmania, an island which is the southernmost point of Australia, has developed beyond the social, into the political.

Deforestation, eviction, drought and murder are too high of price to pay for toxic soybeans 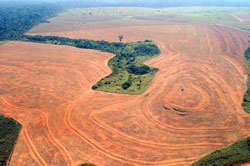 In Paraguay, genetically modified (GM) soya plantations, planted in vast toxic monocultures, are the main cause of deforestation, destruction and pollution of other ecosystems, and violence and eviction of small farmers and indigenous peoples. Paraguay has nearly 2.6 million hectares of soy plantations for animal feed exports and, more recently, for agrofuel. The remnants of Paraguay's Atlantic Forest and of the Alto Parana forest, as well as wetlands, grasslands and rivers are being destroyed and polluted by the expansion of immense soya fields. Deforestation is worsening global warming and also causing severe regional warming and droughts. 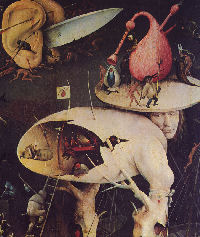 Are GM (genetically modified, some prefer "GE", genetically engineered) crops and food safe? Reading the mainstream press is probably going to confuse you more than anything else. The reason for this is it's extremely hard to tell who's telling "the truth". However, use of the Internet (and a few books that you can purchase through the Internet) can help you to see through the half-truths and distortions frequently used by proponents of GM crops and food. People who oppose the introduction of GM crops and food can, of course, resort to the same kind of tactics, so it's really up to the individual to look at the evidence and come to his or her own conclusion. The information is freely available on the Internet, all I do is give a few guidelines below to help you find it.