On Saturday 11 August I attended the "Stop the Supertanker Protest National Day of Action" at St Kilda Beach in Melbourne Victoria. There was a large group of mostly young people, well prepared with signs and activities designed to convey their message visually. 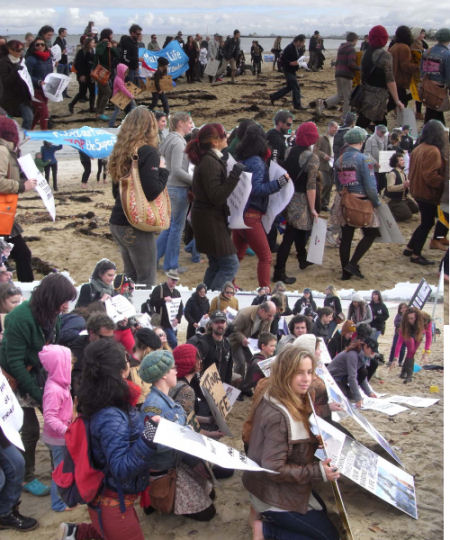 PROTEST TODAY (Now!) 11 AM St Kilda Beach, behind Luna Park. See: http://stopthetrawler.net/national-day-of-action-to-stop-the-super-trawler/ So many threats to our oceans, bays and rivers….where to start?

By Spengler Asia Times- Jan 24, 2012 Yields on Egyptian government debt maturing in nine months jumped to nearly 16%, but the government could not place its local-currency debt to Egyptian investors, even at that exorbitant rate. This is a new and ominous decline in the financial position of the most populous Arab country. Egypt is running out of food, and, more gradually, running out of the money with which to buy it. How fast this may occur is hard to specify, but the government's inability to borrow on money markets suggests that the crunch is not far off. (See The hunger to come in Egypt Asia Times Online, May 10, 2011.) Egypt faces a disaster of biblical proportions, and the world will do nothing about it. Officially, Egypt's foreign exchange reserves fell by half during 2011, including a $2.4 billion decline during December - from $36 billion to $18 billion, or about four months of imports. But the situation almost certainly is worse than that. More than $4 billion left the country during December, estimates Royal Bank of Scotland economist Raza Agha, noting that the December drop in reserves was cushioned by a $1 billion loan from the Egyptian army and a $1 billion sale of dollar-denominated treasury bills. The rush out of the Egyptian pound is so rapid that Egyptian investors refuse to hold debt in their own national currency, even at a 16% yield. After Islamist parties won more three-quarters of the seats in recent parliamentary elections, the business elite that prospered under military rule is counting the days before exile. The first reports of actual hunger in provincial Egyptian towns, meanwhile, are starting to trickle in through Arab-language press and blog reports. A shortage of gasoline accompanied by long queues at filling stations and panic buying was widely reported last week. In some towns, for example Luxor in Upper Egypt, the disappearance of diesel fuel shut down bakeries, exacerbating the spot shortages of bread. (Points to the oil crisis to come) After months of refusing to bargain with the International Monetary Fund (IMF), Egypt's government has begun negotiations for a $3.2 billion loan, or less than the amount of capital flight in December alone. The involvement of the IMF evidently did little to reassure the Egyptian investors who sat out Sunday's Treasury auction. It seems unlikely that Egypt's central bank will be able to prevent a banana-republic devaluation of the Egyptian pound, and a sharp rise in prices for a population of whom half barely consumes enough to prevent starvation. The difference between Egypt and a banana republic, though, is the bananas: unlike the bankrupt Latin Americans, who exported food, Egypt imports half its caloric consumption. Meat imports have already fallen by 60% over the past year, the Egypt News website reported on January 22, [1] reflecting the collapse of purchasing power. More alarming is that bread has become scarce in some provincial cities. Anything that can be sold for hard currency - wheat, rice, butane, diesel fuel and sugar - has disappeared from government warehouses during the past year, according to a multitude of reports in local Arab-language media summarized in my 2011 essays. It is not clear whether the localized shortages of food and the nationwide shortage of gasoline reflect a buyers' panic, or large-scale theft, or an effort by the central bank to conserve foreign exchange by slowing essential purchases - or all of the above. Nearly half of Egyptians are functionally illiterate. Nine-tenths of adult women have suffered genital mutilation. Almost a third of Egyptians marry first or second cousins, the fail-safe indicator of a clan-based society. Half of Egyptians live on less than $2 a day, and must spend half of that on food. It should have been no surprise that the Islamists swept the parliamentary elections, given the desperation of the people and the cupidity of the political system. The Wafd Party, Egypt's oldest secular political entity, polled just 9% of the vote. Delusional as it was to expect Egyptians to support secular liberal parties that never existed and offered no solution to their desperation, it is all the more delusional to expect the Islamists to stabilize Egypt. The Islamist victory in the first round of voting last year almost certainly prompted the jump in capital flight in December, and the consolidation of Islamist power. Egypt's middle class will leave and tourism, down by a third over the past year, will virtually disappear in response to Salafist restrictions. The Barack Obama administration in Washington will try to appease the new Islamist government whenever it takes power, but will succeed no better than the Jimmy Carter administration did when the Ayatollah Ruhollah Khomeini took power in Iran in 1979. Europe, however, will give serious thought to 449 million euros (US$560 million) in foreign aid during 2011-2013, a meaningless sum given Egypt's requirements. The Obama administration, despite the president's enormous personal investment in the notion of Egyptian democracy, will do nothing until November, by which time it will be too late to do anything: the last thing the incumbent president wants during an election year is to defend an increase in foreign aid (the least popular line item in the US budget) to Egyptian Islamists (the least popular people as far as American voters are concerned). The Republican establishment waxed just as enthusiastic about Egyptian democracy as did Obama, but under the circumstances, Republican pundits will insist they never said it. It is sad enough for Egyptians to stumble into a long night of hunger, repression and anarchy; it is doubly sad that Democrats and Republicans will do their best to ensure that Americans learn nothing from Egypt's failure. Not often does a great and ancient country go to its ruin in the full light of day, observable in real time.

I live in a community of right-brained people with innumerate minds full of New Age mush, devoid of logic and antagonistic to science. The shibboleths of 'compassion' and 'caring and sharing' prevail over dispassionate analysis. The medieval mentality of Tibetan Bhuddism combines with the prescriptions of soft-green environmentalism to produce a brew of 'thinking' that is toxic to comprehension.

North American children of my older brothers' generation knew about The Shadow He was the heroic vigilante crime fighter of pulp fiction fame who made his presence felt in comic books, movies and most poignantly on radio, the centre piece of family entertainment.

Editor's comment: This article was originally published as "Decline in some species along with over-abundance of humans" in Your Say.

The Discovery of Honey, painting by Piero di Cosimo, taking the happy social connotations of honey to the mythical plane. 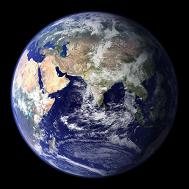 OPT for a sustainable planet
www.optimumpopulation.org 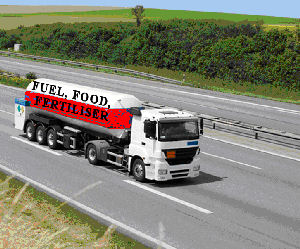