British film maker David Bond interviewed today on ABC radio was saying that childhood obesity and too much screen time were linked. The amount of screen time robs children of time spent outdoors, having adventures, being in their own world, being independent from their parents and developing an appreciation of nature.

He said that there are increasing barriers to children playing outdoors now, for instance increased traffic. He said that we (in Britain) provide wildlife corridors for animals (although in Australia there are hardly any) but we do not provide corridors for children. He cited a place, where in desperation it was proposed to put a children’s playground underground!

I used to see all kinds of frogs in our garden as a child,
But they all went when the nearby swamp was drained completely dry,
The local horses disappeared when vacant blocks were sold
And working horses pulling carts all went away we’re told. 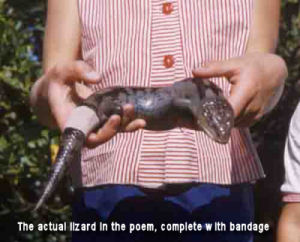