The events of “Arab Spring” have given the United States an opportunity to reevaluate our entire foreign and military policy. That reevaluation has not yet happened, but it must. End the empire!

The events of “Arab Spring” have given the United States an opportunity to reevaluate our entire foreign and military policy. That reevaluation has not yet happened, but it must.

Candobetter Editor: We welcome essays and papers from Dr Robert Bowman. Robert Bowman was in charge of the program to build an outer space missile defense shield in the early 1970s under Presidents Ford and Carter. He retired in 1978. In 1980, when President Reagan took over the Strategic Defense Initiative (SDI) it was put into the hands of a group of people who wanted to turn it into a means to launch a first strike nuclear attack against the Soviet Union. Many of the top brass under Reagan were opposed to this but could not speak out publicly. Robert Bowman, as he was already retired, was free to speak without incurring any penalty. Because he was free to speak, the top generals, who themselves felt unable to speak up, appealed to Robert Bowman to use his voice to stop the SDI. Bowman gave thousands of public speeches against the SDI and, of his own efforts, turned American public opinion around, so that the SDI, as a first strike weapon, had to be abandoned. 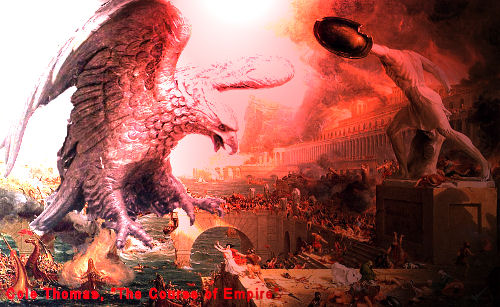 Most of the revolts of 2011 have been popular uprisings against aging dictators who have for decades kept their people in poverty and without a voice in their governance. The successful revolt against Hosni Mubarak in Egypt is a good example. It was a genuine popular uprising of ordinary people. The protesters were unarmed and mostly peaceful. They quickly gained the support of people all across the country and from all walks of life. Even the Army refused to fire on them. The media called them “pro-democracy” forces, but most of the demonstrators had little interest in “democracy” as such, and little understanding of what it is. What they wanted was a better life. They were demonstrating against unemployment, poverty, and hunger. And they succeeded. It is doubtful that any meaningful democracy will result, but the Egyptian people at least have a chance for a better standard of living. The dictator they overthrew, Hosni Mubarak, was an ally of the United States and Israel. But he was not deemed essential to our elites. We did not interfere. After all, puppet dictators come and go. Once in a while, you have to throw one of them under the bus.

It’s another story in Yemen and Bahrain, where the local dictators have given us military bases and active cooperation in our “War on Terror.” In these countries, the dictators are brutally repressing the demonstrators and killing unarmed civilians, with our tacit approval and probably with the assistance of the CIA. Having armed these dictators, we don’t have to send troops in to help them (that the American people would not stand for). But we certainly won’t help the “pro-democracy” demonstrators. For them, “Arab Spring” is nothing but a long, hard winter of discontent.

So what’s goin on in Libya? Why are the vast majority of the Libyan people standing behind Moammar Khaddafi? And why are we sending the full air power of NATO to assist a small band of armed revolutionaries in Libya?

The answers are simple. First, Khaddafi has been, for the most part, a benevolent dictator. He has enormously bettered the lives of his people until their standard of living is the highest in the Arab world. Education is free. Medical care is free. Housing is free. Automobiles are heavily subsidized, as is the gasoline to run them. Young married couples start wedded life with a $50,000 subsidy. Every Libyan man, woman, and child gets something like $500 a year directly from the oil profits. Khaddafi has built the world’s largest public works project, pumping rivers of fresh water from aquifers under the desert of southern Libya north to the cities along the Mediterranean where the people live. This has allowed the people to have clean drinking water, and has enabled agriculture. In short, the economic factors behind most of the revolts of “Arab Spring” are absent in Libya. No wonder the people, for the most part, support him (democracy or no).

Then who are the armed rebels, and why are we supporting them? Easy. They are Islamist malcontents. Some of them are unhappy that Khaddafi is taking a leading role in uniting African countries. They look down on black Africans, and want Libya to align itself with Europe. Some have long been CIA operatives, fighting against the Russians in Afghanistan, and now against the Americans (like so many “Al Qaeda”). Having no political loyalties, they are happy to accept CIA and NATO help in taking over Libya as an Islamist state.

For our part, we are using them to get rid of a thorn that has long been in our side. All of the dictators (former puppets of ours or not) that we have turned on (Saddam Hussein, Manuel Noriega, all the way back to Mossadegh in Iran) have committed one of these two cardinal sins: (1) they have nationalized the oil industry, denying the Western oil companies billions in profits, or (2) they have declared independence from the global banking cartel, refusing to borrow from the IMF and World Bank. This has cost the banks billions in interest, and prevented them from imposing harsh austerity measures which impoverish the people and make them permanent debt slaves. Khaddafi committed BOTH of these cardinal sins. First, he nationalized the oil industry, kicking out the western corporations. Instead of having a central bank under the thumb of the Rothschilds (like the US, Greece, Ireland, etc), Khaddafi printed his own money, backing it with gold from oil sales. He used the money to better the lives of his people.

These actions sealed Khaddafi’s fate. The West has been waiting decades for an opportunity to take him out. The NATO “no fly zone” and the incessant bombing of Tripoli have nothing to do with protecting civilians from the Libyan army. They, like all our military adventures since World War II, have to do with protecting the global financial interests of multinational corporations and banks and the billionaires who own them. It’s a desperate attempt to maintain the financial empire which owes no loyalty to this or any other country, which pays no taxes to our government, but which somehow has gotten control of our government and both major political parties, uses our sons and daughters as cannon fodder in their wars of aggression, and (believe it or not) gets us taxpayers to pay for it all!

Are we stupid or what?

As we write this in mid-June, it appears that Bashar al-Assad of Syria may be the next dictator to feel the wrath of US military power. He and his father Haffez al-Assad before him have been closer to Russia than to the West, allowing Russia access to Naval bases on the Mediterranean. They have also been supporters of Hezbollah and Hamas. But they have (like their fellow Ba’athist in Iraq, Saddam Hussein) also opposed militant Sunni Islamists, and allowed significant religious freedom to their Christian minority (about 10%).. That did not save Saddam, and it won’t save Assad.

The war against Iraq had even less justification than that on Afghanistan. Since there was no connection whatsoever between Iraq and 9/11, the G. W. Bush administration invented the WMD (Weapons of Mass Destruction) excuse — one they knew was false. Would our generals have massed 150,000 troops in one spot in Kuwait if they thought there was any chance Saddam had even one WMD that could wipe out our entire force with one attack? No. But Iraq was the centerpiece of the grand plan of the Empire to establish 14 permanent military bases in Iraq, from which they (according to their own PNAC document) could control the entire Middle East and its tens of trillions of dollars in oil and gas.

We have hundreds of thousands of troops on over 700 bases in nearly 200 countries. After 56 years, we are still occupying Germany and Japan. It’s time to end the Empire, bring all our troops home, end the corporate wars of aggression, give up our foreign military bases, abolish the CIA, and adopt a Constitutional foreign and military policy that uses our Armed Forces to protect our borders and our people — period. No more puppet dictators. Let the corporations and banks protect their own financial interests, and pay for it out of their own ill-gotten profits. We must take political power away from the corporations, banks, and billionaires so we can, once and for all, end the Empire!

See also: thepatriots.us. (In spite of not being as current as Dr. Bowman would wish, it is, nevertheless, a fantastic resource.)