With so many contradictory policies coming from our mainstream political parties, it indicates they are in a quandary about retaining "popularity" with voters, being seen to address overarching national and global issues, retaining their power, and at the same time appeasing their powerful corporate supporters and their growth-agendas. 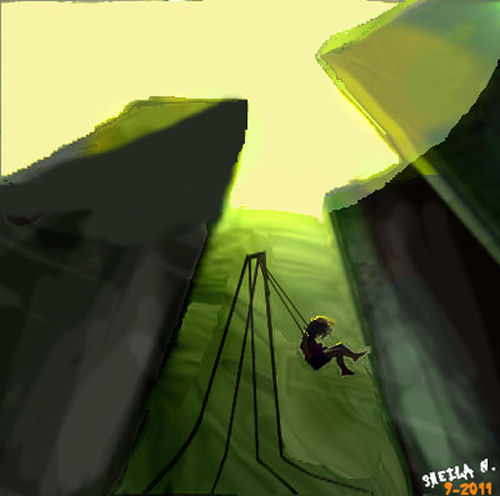 The fact that our State and Federal government decided to create a Melbourne @ 5 million , and the "big Australia" policies, contrary to consultation and democratic principles is due to our governments' direction mainly coming from big businesses, global and national corporations, and very large and powerful lobby groups.

Voters and grass-roots interests are increasingly being ignored in favour of the elite, and those with economic and political power.

Plans are now about defining the details of how are communities are to accept the growth that's taken to be already decided, not whether it is in our interests.
Sham "consultations" are on how, not "yes" or "no" do we want them, or whether they in our best interests.

Family-hostile high rise apartments are not appropriate in Australia, and at a time we are often preached to about being sustainable. It's given lip-service in reality!

Melbourne's "activity centres" of high developments mean energy-guzzling lifestyles with little options for alternative living and self-sufficiency.
EnergyAustralia NSW and the Australian Conservation Foundation (download main findings report) have both come to the same conclusion that high-rise living, as more people are being forced to "choose" due to population growth, means much higher per capita greenhouse gas emissions that villas, townhouses or separate dwellings. The NSW Energy Australia study revealed that high-rise apartments use 30 per cent more power than a typical detached house. Much of this is in the common areas such as foyers and car parks where lights are often inefficient and are left on night and day. They are ineligible roof-top solar photovoltaic (PV) systems and water-tank harvesting, or the ability to enjoy the benefits of eaves, the shade of trees or the self-sufficiency of home gardens.

Capitalism is a great ideology and can achieve many wonderful things and open doors, but unchecked, it can undermine democracy and the will of a nation's citizens. Former Prime Minister, Kevin Rudd, by over-riding the concerns of the Australian people regarding population growth, saw his popularity plummet after he gave his unapologetic support to a “big Australia”. It was also his lack of action on climate change and the power of mining giants that undermined him too.

The groundswell against atrocities committed to Australian cattle sent to Indonesia was overlooked in favour of the power of the livestock industries and their well-financed lobby groups. Politicians are funded by big corporations and they will never “bite the hand that feeds them”.

Despite the overwhelming majority of Australians who don't want population growth, it is foisted upon us by compliant politicians pandering to the greed of big business, the banking sector and developers.

As a society we are succumbing to Stockholm syndrome - where victims start to comply with their prisoners - as we allow capitalist excesses to wreck our land, our cities, and clear bushland and wipe out the habitat of flora and fauna. All for greed and profits – even risking endangered species in the process,

Profits now come before people, profits before environmental sustainability, profits before community. It's money before life itself. The self-destructive human gene is being allowed a free reign to support “economic growth” at all costs, and allow us to collectively ignore the converging signs on our planet that should indicate our time of growth is OVER. Nothing living can keep growing without it becoming detrimental and destructive - to internal vital organs and infrastructures, and on a macro planetary level.

With so many contradictory policies coming from our mainstream political parties, it indicates they are in a quandary about retaining voter "popularity", being seen to address overarching national and global issues, retaining their power, and at the same time appeasing their powerful corporate supporters. Such contradictory forces are hard to reconcile.