Friday, 17 June. In a horrible clown-world, the UK government has approved the extradition of WikiLeaks founder Julian Assange to the US to face criminal charges, despite an original British judge ruling that he should not be deported due to risk of suicide and a warning by his lawyer that he still remains a risk - and the fact that he has committed no crime.

UPDATE! Since November the 13th Valentin Danilov is a free human being. Now he's at home in Krasnojarsk.
Nearly 900 signatures have been collected from scientists in Russia on behalf of colleagues falsely imprisoned because of association with foreigners. They ask for your support for their campaign to free their fellows. "...Russian Federation (RF) officials have repeatedly appealed to scientists who left Russia for the West in the 1990s, to come back and work for the good of Russian science and the modernization of the country. ... But the authorities have “forgotten” those Russian scientists who were condemned for “state treason”, for “the disclosure of state secrets” or for “exporting technologies of dual military and ordinary applications”, who were imprisoned for lengthy periods under charges faked by the Federal Safety Service (FSS). " 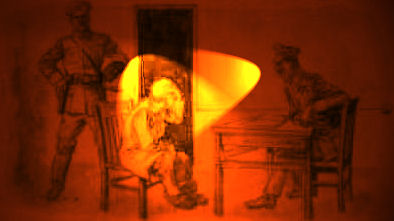 UPDATE! Since November the 13th Valentin Danilov is a free human being. Now he's at home in Krasnojarsk. Article re petition translated by Boris Osadin and Edited by Sheila Newman from the original at Novaya gazeta, No. 44 (1602) 26.04.2010, p.13

UPDATE: Today candobetter.net received a happy notification from Boris Osadin that Valentin Danilov has been freed.

"Dear Sheila,
it's a pleasure for me to tell you that since November the 13-th Valentin Danilov is a free human being. Now he's at home in Krasnojarsk.
Thank you for your anxiety and help.
Sinserely yours
Boris Osadin."

Over recent months Russian Federation (RF) officials have made repeated appeals to scientists who left Russia for the West in the 1990s, to come back and work for the good of Russian science and the modernization of the country. Very good conditions and big salaries have been promised to those who return.

But the authorities have “forgotten” those Russian scientists who were condemned for “state treason”, for “the disclosure of state secrets” or for “exporting technologies of dual military and ordinary applications”, who were imprisoned for lengthy periods under charges faked by the Federal Safety Service (FSS).

Investigators, prosecutors and judges sent to prison for many years Igor Sutyagin, Valentin Danilov, Igor Reshetin, Ivan Petkov, Sergey Vizir, Michael Ivanov, and Alexander Rojkin. Why? Just because of contacts with foreigners. Meanwhile, to this day, no-one has repudiated Putin’s public statement about criminal responsibility for contacts with foreigners.

Thanks to public support some scientists managed to avoid imprisonment by getting conditional terms instead or even succeeded in getting their investigations closed. The threat of prosecution of scientists in Russia hasn’t disappeared, however. It hangs over those who work on scientific problems which bureaucrats cannot understand.

FSS doesn’t leave condemned scientists alone even in prison. For example Igor Sutyagin served 10 years out of 15 in jail and earned the right to an early parole, but the men of the FSS deprived him of that right.

The Russian Public Committee for Protection of Scientists supposes that the main task of today’s Russian FSS is to fabricate an illusion that anti-Russian forces with supporters lurk within our borders, and Russian scientists have been selected as the easiest people to target with this invented conspiracy.

Over the past 10 years more than 20 scientists have been prosecuted in Russia by the FSS under far-fetched pretexts. And the authorities refuse to discuss this disgraceful situation. Meanwhile intellectual activity in the country, where special services have got unlimited power and where corruption exceeds all limits, is also diminished by growing corporatisation.

It seems very strange to invite foreign scientists into the country to reinvigorate science here, yet to overlook the plight of those Russian scientists already here, innocent, yet languishing in prison.

President Medvedev has not fulfilled our hopes for objectivity and humanity.

Repeated appeals to the new president by famous Russian scientists and public figures, asking him to reconsider cases, for amnesty or, finally, just to show mercy to convicted scientists have been fallen on deaf ears.

Because of this situation we are making another attempt to draw the attention of society and the scientific community this problem of reprisals against men of science, which is due to mercenary interests of FSS men who receive rewards and promotions for fabricating criminal cases. Every year the FSS publishes a report about the hundreds of “spies” it has caught. The situation has obviously overwhelmed justice, logic or truth.

We call for a transparent and public review process to investigate for cases where criminal guilt was manufactured, the freeing of innocent scientists from their wrongful imprisonment and for the punishment of those found guilty of fabricating evidence and of bringing this false evidence against these scientists.

Amnesty cannot substitute for justice. The granting of amnesty or clemency would be acceptable only as a preliminary event.

We hereby call upon Russian and men and women of science from other nations, public figures of all nations and ordinary citizens to sign this address.

If you don't read Russian, but want to sign - send your name to
ErnstChern[AT]yandex.ru
or

Illustrations adapted from @0114926386[email protected]@@@&BV_EngineID=cccfadekfkfmemdcefecekjdffidfkh.0">audio-book of Arthur Koestler's Darkness at Noon, a classic novel of Soviet imprisonment and the Signet edition.