The Panel assembled a legal team of Sydney senior and junior counsel instructed by international law firm, DLA Piper, to apply to the ACT Civil and Administrative Tribunal this afternoon on behalf of Australian Society for Kangaroos to injunct the ACT kangaroo cull due to commence it was thought this evening. During the hearing it was disclosed that the ACT had planned to commence the first round of shooting on Tuesday night. 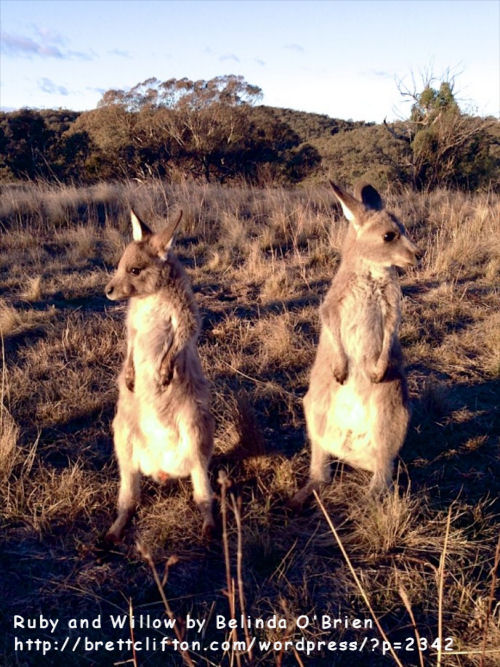 7 June 2013
In summary, the hearing will resume next Wednesday to determine whether the Australian Society for Kangaroos and another applicant, Animal Liberation ACT, each has standing to sue. The ACT Conservator of Flora and Fauna has undertaken not to commence any killing pending the Tribunal’s determination next Wednesday, 12 June 2013.

The matter has been stood over until 11:00 am next Wednesday, 12 June 2013 for further hearing. The Tribunal made orders that:

The Tribunal also noted the undertaking by the ACT Conservator of Flora and Fauna to not commence any killing or activity pursuant to the Licences (all seven) until the Tribunal determines the application for interim orders. Animal Liberation ACT filed a separate application heard at the same time and was represented by a volunteer for the company.

Bob Irwin stands up for kangaroos

Bob Irwin, the late Steve Irwin's father, will be the special guest speaker at "An Afternoon with Australian Icons", an event organised by Gail Browning to raise money to help wild kangaroos. Indeed the event really does sound like quite a remarkable Aussie evening, mixing outback with working class and wildlife carers. Overseas tourists might like to book in order to experience something important and non-commercial, in the cause of our wildlife for whom the Australian government and their friends seem not to give a toss. The event will be at the Revesby Workers Club, 2b Brett St, Revesby, Sydney on Sunday 23 May 2010 from 3-6pm.

The event will be a wonderful day of singing, dancing, music, speeches, auctioning as well as a great opportunity to get together and celebrate our united front to save our kangaroos.

(And, of course, candobetter.org also supports it.)

Items listed for sale at the auction include:

1.One week accommodation in Shoal Bay, 2kms from Nelson’s Bay, near Newcastle NSW, for 5 people in beach front unit.

3. A 9 carat yellow gold framed kangaroo pendant, with diamonds and white gold kangaroo, on a yellow gold chain.. One of a kind, designed by Alwyn Scott.

5. Kangaroo t/shirt signed by all the Australian Icons attending the event.

10. A Basket of National Zoo and Wildlife Sanctuary Passes from all over Australia, including Canberra, Perth, Featherdale , Currumbin and more.

11. Portrait of a kangaroo by Maureen Klees

ALL PROCEEDS TO THE AUSTRALIAN SOCIETY OF KANGAROOS (ASK)