This article responds to a coy media release by Urban Taskforce, which pretends to be surprised that population growth is causing a demand for more housing.
Great news for the housing industry, but hardly unexpected, thanks to the lobbying power of the growth industry!
Urban Taskforce, part of the growth-lobby, have had a wonderful Christmas windfall! Good fortune has landed in their laps, thanks to our socially-engineered population growth. MORE HOUSES will need to be constructed, than previously assumed! Business is booming, and housing is a guaranteed necessity, an essential human need.

“Every few months we seem to see even higher projections for Australia’s population growth announced by the ABS.” says Urban Taskforce CEO Chris Johnson. “ While there has been some uplift in housing production over the last year it is clear that significantly higher numbers of new houses and apartments are urgently needed.”

“The NSW population has grown by 102,000 in the last year but we are still not providing sufficient housing to meet demand. In Sydney we build 10,000 less homes than needed each year. The NSW growth rate represents a 1.4% increase but this is still well behind growth in Victoria at 1.9%, Queensland at 2.0% and Western Australia at 3.3%.”

“If NSW was to match the 2% growth of other states then we will need even more housing. This will also require a review of the Metropolitan Strategy for Sydney to ensure that the higher population projections are factored in to targets for housing and jobs.

“The big message from Australia’s accelerating population growth to the NSW planning system is that more housing is required in inner city and fringe locations. While the NSW government has helped lift housing supply through infrastructure funding and grants there is still a long way to go. With the planning reforms in limbo the government will need to establish an interim pro growth strategy to help house those families finding it difficult to find somewhere to live.

How magnanimous of the Urban Taskforce that they will have to find a place for all these new people to live in! It's a self-fulfilling prophesy that our record rate of population growth will mean the demand for housing will increase! This is a success story on how effective and powerful the growth lobby really is - especially at a time of massive costs of living, unaffordable housing and rising unemployment!

This is hardly unexpected news that at least the housing industry is thriving, while Australians are facing increasing costs of living, homelessness and austerity measures due to government cut-backs. The growthists seem to be a protected species, thanks to healthy, record levels of immigration.

Today Treasurer Wayne Swan has tried to justify another rise in interest rates by claiming in true polly-speak that such an impost is a sign of a stronger Australian economy. Swan’s growth fettish belies the LibLab's stale 20th Century baby-boomer ideology. Last month Swan's fettish for strong economic growth and strong population growth for Australia was reaffirmed at the Population Summit in Brisbane held 30th March 2010.

But Swan's growth fettish and consequential rising costs of living do not augur well for most Australians with mortgages.

“a population cap would compound, not solve, the growth challenges Australia faces.”

“Capping growth over the next 40 years at 0.8 per cent instead of the 1.2 per cent projected would wipe 17 per cent off the nation's gross domestic product by 2050.”

“Restricting population growth in fast-growing southeast Queensland would result in regional product on a per capita basis dropping by 5 per cent.”

“Australia faced a steep decline in workforce participation due to ageing, which would hit growth and government revenue while dramatically pushing up health spending. Boosting productivity would be critical in coping with the ageing trend.”

Swan premised that economic and population growth can only be good for Australia and the task is for Australia to learn how to "grow smarter".

But Swan only sees the economic data yet has no broader social plan. Swan promises to protect national living standards and environmental sustainability, without saying how he can do this.

This is on the back of Prime Minister Rudd infamous October 2009 pronoucement:

"I actually believe in a big Australia I make no apology for that. I actually think it's good news that our population is growing."

It made Australians reel in fear.

On uttering that dire portent, Rudd cast the demise of Australian lifestyle, inviting hoards of legalised arrivals. And neither Rudd nor Swan offers any plans for coping with this enlarged population – no plans for sustainability, infrastructure and maintaining the Australian quality of life. Both are blinkered to the narrow economic interpretations and have lost sight of the social and environmental consequences of high population growth. Rudd’s response on the run is:

What crap. Some future. Interests rates have just gone up again and are set to continue only exacerbating house unaffordability, the cost of living and degrading Australian living standards. Australian cities have run out of potable water, so billions in taxes are going into desalination plants. Utility charges are going up. Energy Australia is set to raise electricity prices by 60% over the next three years in order to fund Sydney’s massive electricity infrastructure to catch up with the growing urban sprawl. Roads are congested in Melbourne, Brisbane and Sydney. Public transport is old and overloaded.

Swan's and Rudd’s Hong Kong vision for Australia does a not sit well with most Australians. Neither Labor or Liberal have no mandate to impose a growth fettish on Australians. Most Australians already feel that our environment can not cope with a larger population. Treasury’s projection of a population of 35 million by 2050 is obscene.

Back in October 2009, even Federal Treasury head Ken Henry expressed concern that Australia would not be able to sustain a predicted 60 per cent growth in population over the next four decades.

Prosperity is not aggregate GDP figures. It is maintaining and improving the quality of life and standard of living per capita. Swan being a numbers man hasn’t worked out how to measure that so he ignores it. Rudd’s Labor Government has run out of ideas and ideology relevant to Australians. 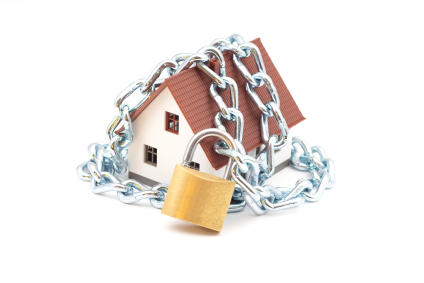 Rudd’s initiating the role of Minister for Population this month doesn’t change his 'Big Australia' vision, but just wastes more taxpayer money to find a way to justify and spread the 35 million. hardly a priority, population features in Mr Burke's mixed bucked portfolio of Agriculture, Fisheries and Forestry. his only mandate is to deliver some population strategy in 12 months, after the election. Clearly, this is purely electioneering appeasement to disaffected Labor voters. Rudd has responded tokenly to Greens leader, Senator Bob Brown’s proposal for a Senate inquiry into Australia's population. Rudd's population minister appointment effectively hijacks what ought to be an independent review process.

And NSW Labor puppet, Premier Keneally expectedly tows the Labor line: ''I believe Sydney can grow and can grow sustainably, economically and environmentally...Cities can either grow or they can shrink. Shrinking is not an option for Sydney.'' While NSW Liberal planning spokesman, Brad Hazzard, ducked the migration issue saying it was being discussed in the community as Sydney became more crowded.

The Liberal-National Coalition are little different in their ideological response. They listen to Howard’s old Productivity Commission which strangely enough advocates for more productivity and with that more population. The Opposition wants an independent specialist body to inquire into future policies dealing with Australia's population growth – just like the Productivity Commission. Otherwise these listen to self-serving growth fettish extremists the Urban Taskforce.

Not surprisingly, Urban Taskforce chief executive Aaron Gadiel argues for no cap on immigration and says:

"One of the reasons that we don't have the infrastructure that we all want and expect is that in many cases our population in our urban centres is just not large enough," he said. "The larger the population, the more the Government is getting the tax revenue in and has the labour force available to build up the infrastructure."

"We're determined to make sure that this government and subsequent governments stay dedicated to that task...if it doesn't, we'll all be poorer and we won't necessarily be socially cohesive or environmentally sustainable."

What a vague uncommitted statement!

According to former NSW Premier Bob Carr, I think we've got to recognise that our cities don't get better economically or in terms of liveability if we force feed population growth into them with this surging level of immigration, that when it comes to skills shortages for example, any new trades person brought into this country to fill a skills shortage also brings dependants. Nor does high immigration solve the problem of an aging population We've got to look at nurturing workers to stay in the workforce longer.

Australian businesman, Dick Smith, says Australia should cut population by slashing immigration and encouraging women to have only two babies. Mr Smith said Australia did not have enough water or food to support millions more people. It was crazy that seawater was being desalinated for drinking water to supply a booming population. "I feel they're going to spend most of their time working out how we can cope with 36 million, rather than looking at whether we really want 36 million."

This Rudd-Swan trend for Australia is:

Lib/Lab politics have run out of ideology relevant for Australia in the 21st Century. Both are stagnated in 20th Century ideals of economic rationalism, economic growth and globalisation. Neither have workable long term answers to Australia’s entrenched triple bottom line (TBL) dilemmas.

Three simple and effective decisions to stem Australia’s population blowout and give Australia room to explore capacity ready options are:

3. Restrict all work visas to Employer Nomination Scheme Occupation List (ENSOL), which requires each applicant to be nominated by an Australian employer to fill a position in an occupation that appears in the ENSOL and for the applicant to demonstrate that they have the necessary skills (including conversational English skills).

But, if economic growth and population growth are causing unacceptable social costs, then what is the alternative?

Clive Hamilton in his 2003 book Growth Fetish argues that our politicans and media are smitten with growth and have an obsession with economic growth (growth fetishism) and the marketing society lie at the heart of our social ills. For decades our political leaders and opinion makers have touted higher incomes as the way to a better future. Economic growth means better lives for us all.

Hamilton points out that 'despite many years of sustained economic growth and increased personal incomes Australia has large social divisions and we don’t seem to be any happier. Economic growth and the marketing society have corrupted our social priorities and political structures, and have created a profound sense of alienation among young and old. lies at the heart of our current political, social and environmental ills - and offers a thought-provoking alternative.’