I think it is timely to highlight the fact that HRH Duke of Edinburgh appears to have had a pretty good understanding of environmental issues and the role of human population numbers in environmental degradation.[1] His reputation for having a curmudgeonly persona went before him, and possibly gave him licence to blurt out his thoughts, uncensored by notions of political correctness. His gratuitous remarks to more or less strangers, regarding their appearances, or rude questions, characterised his multitudinous "gaffes". He was refreshingly "un careful" and honest in interviews, so he spoke of what many refer to as "the elephant in the room" - human population numbers - as though this reality was indeed not only visible but very obvious.[2] He remarked in one interview that where humans are, there is nothing else (!) He was unmeasured in his comments, so his message was clear. He also remarked, in one interview, that no-one wants to talk about it [population]. I have not, so far, found an interview where any interviewer delves deeply into this with him.

The driving force behind the Protectors of Public Lands, Julianne Bell, passed away on Friday January 27 this year. Julianne was an indefatigable and tireless campaigner for the protection of Melbourne’s public open spaces. She was most well-known as the defender of Royal Park against any and all who would seek to diminish it for their own purposes, and she told me that she was most proud of her role in stopping the East-West Link, a Freeway which would carve up Royal Park in an outrageous act of environmental vandalism. She was the driving force behind this organisation and used it to defend public open spaces far and wide from all manner of threats – the Carlton Gardens, the Catani Gardens, the Exhibition Gardens, the Rogers Memorial Reserve and many others too numerous to mention – no public open space was too far away or too small to merit her attention. 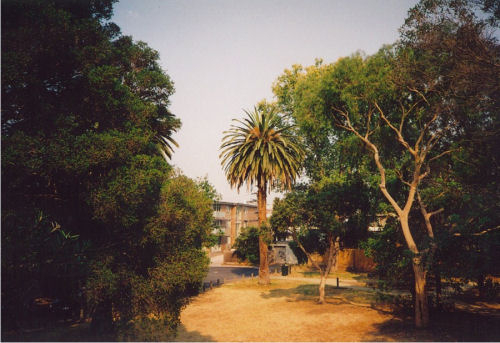 I recently attended an ACF meeting. As the oldest environmental NGO in Australia they are doing a road tour seeking support. These people are fighting against the inevitable destruction of the Australian environment, which the ABC, our public broadcaster, on whom so many Australians rely for serious information, fully sanctions using pro population growth extremism. Unfortunately the argument put forth is akin to one where a driver, because he is wearing a seat-belt, believes that he now no longer needs to worry about travelling at high speed without brakes. 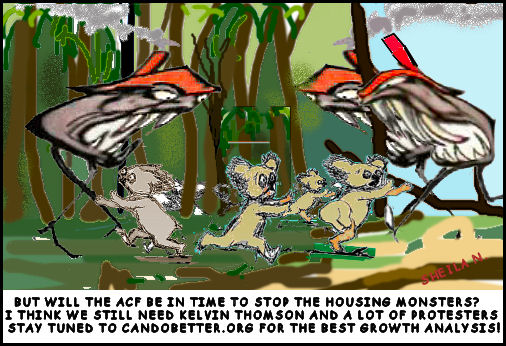 Population growth a threat to biodiversity

The Australian Conservation Foundation has nominated human population growth as a “key threatening process” to Australia’s biodiversity under the Environment Protection and Biodiversity Conservation Act 1999 (the EPBC Act).

“The bigger our population gets, the harder it is for us to reduce greenhouse pollution, protect natural habitats near urban and coastal areas and ensure a good quality of life for all Australians,” said ACF’s director of strategic ideas, Charles Berger.

“We need to improve urban and coastal planning and management of environmental issues, but we can’t rely on better planning alone to protect our environment. Rapid population growth makes sustainable planning nearly impossible, so stabilising Australia’s population by mid-century should be a national policy goal.”

The EPBC Act nomination cites many government reports that acknowledge the direct link between population growth and environmental degradation.