National Threatened Species Day marks the day in 1936 when the last Thylacine died in Hobart Zoo. Seventy-eight years later, in the week leading up to this year’s National Threatened Species Day, Sunday 7 September , Liberal member for Prahran, Clem Newton-Brown, has been letterboxing his area with a flyer proclaiming the Napthine government’s commitment to the recovery of Victoria’s faunal emblem, the Leadbeater’s Possum. But his claims don’t hold up.

The flyer claims the government supports all 13 recommendations of its Leadbeater’s Possum Advisory Group (LPAG), which were released in April, and specifies five.

Friends of Leadbeater’s Possum, a community group established 10 years ago to protect the possum has already dismissed the recommendations as “mediocre”. The advisory group was composed entirely of government employees and representatives of the logging industry and its findings were constrained by terms of reference that mandated continued industrial logging in the animal’s habitat. 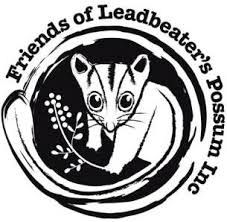 Now a new ‘Action Statement’ for the species, has been covertly. The previous action statement, in force since 1995, has been quietly revoked.

The new action statement is based largely around the inadequate LPAG recommendations and has been reviewed by the group. Its conclusions are scathing.

”This is the first time government policy for the conservation of a threatened species has been formally predicated on, and constrained by, ideological determination to maintain the very industry that is destroying what is left of the species’ habitat, says the review (attached).”

Friends of Leadbeater’s Possum had been hoping that, at the very least, there would be some significant additions to the area of forest reserved for the critically endangered marsupial to compensate for the 45% that was lost in the Black Saturday fires. But one of the actions is simply to “Retain” the reserve. In other words, not to increase it.

” “This is more of an INACTION statement”, says Steve Meacher, the Friends’ forest campaigner. “Of the 35 actions and sub-actions proposed, most are ‘not enforceable’, including three on the flyer. Only 4 appear to carry any mandatory power at all. And they were all assessed by LPAG itself, the government-appointed advisory group, to have minimal, if any, benefit to conservation of the possum.”

Taken as a whole this so-called “Action Statement” cannot be considered a serious contribution to the protection of our state’s faunal emblem. It is little more than a thinly disguised restatement of the present government’s declared policy to permit and support the continued logging of Mountain Ash forests that provide the Leadbeater’s Possum with its primary and most critical habitat. This action statement will push Leadbeater’s Possum further along a trajectory to extinction.

It is a dishonest and misleading document that deserves only to be treated with utter contempt. The anonymous authors, the secretary, the department, the minister and the Napthine government, including Newton-Brown, all deserve to be thoroughly ashamed.

Newton-Brown’s flyer declares the government will invest $11 million on implementation. It is understood that over $7 million of this is to be given to VicForests!

The following article is based on an urgent communication from Friends of Leadbeater's Possum.

- Approx 43% of the Leadbeater's Possum Permanent Reserve System (30,000ha) was burnt in the 2009 fires.
- It is estimated remaining populations are around just 1,000 individuals in the wild.
- There are no Leadbeater's Possum in captivity in Australia, and there is no captive breeding program planned
to help increase their population.
- Massive scale salvage logging and new timber harvesting coupes in areas of un?burnt water catchments are compounding the effects of the bushfires by removing all LBP habitat elements for the next few hundred years!

What can you do to help LBPs this Threatened Species Day???
On September 7th please make the effort to contact Premier Brumby and let him know you are not happy with the way his government is treating our forests and that you want more to be done to protect these forests for threatened species like Leadbeater’s Possum.

- Demand a full scale review of our forest estate

We need to ensure our State Government is managing our forests for threatened species, biodiversity & ecological values,
carbon storage, water catchments and air quality – for all Australians, not just those benefiting from our destructive
timber harvesting industry.

- Demand an end to all logging in water catchments. Water scarcity is an increasingly alarming issue, and rather than building destructive pipelines and energy intensive desalination plants, Victoria should be protecting the water catchments
that have provided us with some of the best drinking water in the world!