"Bush heritage makes some rather big assertions about the impact of kangaroos at their Scottdale reserve and the impacts this wildlife species is having on the biodiversity there. If Bush Heritage is serious about their claims then they need to be a little more transparent," writes Craig Thomson, President of the Australian Wildlife Protection Council. 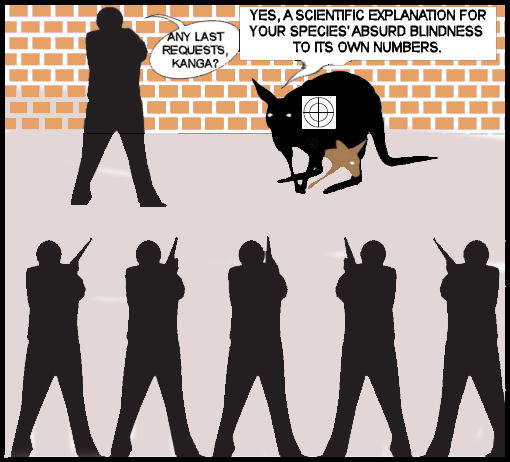 "Bush Heritage Australia has forfeited the inheritance of a 350-acre property near Bega and lost numerous donors as they face backlash from a planned kangaroo cull at Scottsdale​ Reserve, south of Canberra. Regular supporters of the non-profit organisation have pulled donations following reports of a cull, with one referring to the organisation as "hopeless frauds". Bush Heritage aims to "conserve biodiversity" at properties either purchased or donated across Australia." http://www.smh.com.au/nsw/bush-heritage-australia-faces-backlash-after-kangaroo-culling-claims-20160708-gq1fpa.html

- When do they class a wildlife species as being over abundant?
- What is a sustainable kangaroo population at Scottdale Reserve?
- What is the roos' population current range in and around their reserve?
- Are there any neighbouring or local land uses or management practices that would see kangaroos returning to Scottdale reserve more often and in greater number?
- How many kangaroos are on the reserve day in and out?
- Has there been any scientific data of kangaroo starvation cases at Scottdale reserve or regionally before?
- While it is hard to watch an animal starve to death, it is a common condition of the natural world, in particular with drought and over abundant populations. So why do Bush Heritage feel the need to interject in a natural process, which in itself could have far bigger ecological problems?
- What is the science and guidelines being implemented by Bush heritage?
- Who are the independent experts being engaged by Bush Heritage?
- What humane methods are being developed?
- What scientific evidence can Bush Heritage provide that kangaroos are having a detrimental effect on other species?
- Has all weed habitat changing plants like serrated tussock grass been removed from Scottdale reserve and regionally?
- Do Bush heritage conduct any fuel reduction burns at Scottdale reserve?
- Is Scottdale reserve free of pest animals such as rabbits?

We hear explanations of why there are too many and debate what control measures should be taken. What is very rarely discussed is what is a sustainable population size, the roos ecological benefits and social structure. In a race to demonise our national icon for commercial vested interest or in this case a so called natural balance. The critical point missed is the roo social structure. Large alpha males control breeding within the mobs. When shooting takes place which animals are shot first? Well you can very confidently say it would be the roos who control the social structures within the mobs.

So the question about controlling kangaroos should be whether or not a bias against kangaroos prevents us from understanding their biology, ecology and social structures? Has this led to poor management practices, where the preferential killing of large males has possibly caused early breeding of youngsters, increasing numbers in some cases? (See Sheila Newman, "Roo scientists admit industry stimulates roo population growth whilst calling roos pests".)