A growing number of French people own their own homes. Ownership runs at 64% today, and is expected to grow to 68% in the next six years. France is well behind other European countries though in home ownership. The champions are in Eastern Europe. 96% of people own their own homes in Romania. 70% own their own homes in Italy. Seven out of ten French home owners have entirely paid off their home loan. For people purchasing today, the average time to pay off a home is 17 years. This is a situation to dream of for Australian home-buyers, who are only second to Hong Kong's in suffering under a terrible system. The French system discourages land-speculation in a number of ways which therefore deter the flourishing of a malignant property and growth lobby there. This article is based on a France2 news item "L'achat immobilier, une valeur sure plébiscitée par les Français," 29 January 2016. 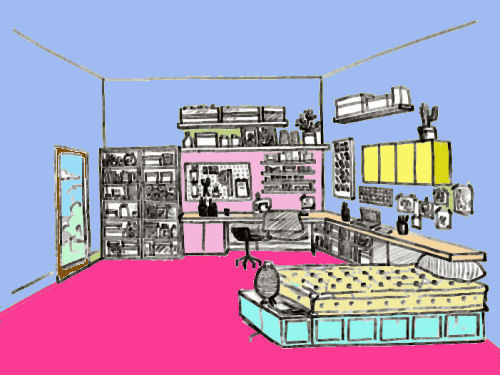 Five million people in France own more than one property. 700,000 own more than four properties. Bricks and mortar are the preferred investment - more than the National savings account (le Livret A), bank shares, life insurance or gold.

Over the past 15 years, French property values have risen by 62%. [Ed. This is considered to be very high in France, although does not of course compare to Australian or Hong Kong prices. It is a testimony to the underlying stability of the French housing market. See Sheila Newman, The Growth Lobby in Australia and its Absence in France, (Chapter 3 and ff) to understand why.] So, for the French, housing - mostly for rental purposes - is considered a good investment [Ed. even though rents have been reregulated by the State recently, at least in Paris].

The most numerous investors are those who rent their homes out for short-term rental, typically via AirB&B or similar. There are regulations to limit this practice to four months maximum a year. Beyond that permits are required by local government. Profits must be declared but abuses are frequent. Hotels criticise these businesses because they compete with them but don't pay the same taxes and are not subject to the same social responsibilities. Careers are evolving in managing multiple sublets of this kind and in servicing them financially.

Unlike in the 'Big Australia', which former Prime Minister Kevin Rudd helped bring about, everyone in Libya owned his/her own home until 2011 when Libya was invaded by NATO on the fraudulent pretext of then roving Foreign Minister Kevin Rudd's claim that the Libyan air force was bombing civilians.

Since Kevin Rudd's 'achievement', Libya has descended into chaos.

In Australia, high immigration, which 'Big Australia' Rudd and his successors, continued to encourage, has made shelter even less affordable to ordinary Australians as ever larger numbers of people require shelter from the limited available stock.

The increased demand is being insufficiently met only by by building ever larger housing estates with little or no amenity, where there were previously farms or native bushland, or by crowding ever more people into high-rise slums.

Housing was also a right in Syria

Beidas-Strom et al. (2009) [1]reported that 80 percent of the Syrian people live in self-owned houses. The Government has a similar system to the French one and supplies something like 15% of the population with public housing. In such a system government contracts with developers keep prices down. Of course, now that towns and suburbs have been reduced to rubble by US, UK and Saudi supplied weapons, housing is at something of a premium. And the disaster capitalists want to move in and 'rebuild' a private housing system.

You can see that the 'free-market' global economic 'system' (which US-NATO confuses with democracy) seems to need to destroy all successful dirigiste countries. It is a bit like the Wicked Queen in Snow White, that hates to know of something more beautiful than itself. Indeed, the 'free' market system is so very, very ugly, that it seems it must destroy the whole world so that nothing of beauty or justice may remain to show up just how abnormal it is. I saw communism as a reaction to industrial capitalism; similarly too vast and too prescriptive. Relocalise and don't invade other peoples' countries.

Housing is a metric of our economy

All five of Australia’s major metropolitan areas (cities with a population of more than 1 million) were assessed as being “severely unaffordable” for the 12th year in a row. According to this study, Demographia International Housing Affordability Survey, a typical house in an Australian city is 5.6 times the median household income.

In Hong Kong the median home costs 19 times the median annual pre-tax household income. Sydney's income to house price multiple climbed to 12.2 from 9.8 in 2014, the biggest year-to-year jump Demographia has ever reported.

House price inflation is not something that's bemoaned by our government or economics, but it's become a metric to measure our economy! With the fading mining boom, and dwindling manufacturing, housing is a big industry, and prices must continue to increase. High population growth, foreign "investors", negative gearing all help boost the prices, and keep the industry going.

There's nothing about human rights, social justice or providing a service to the community! The housing industry is based on pure greed, neo-liberalism, and manipulating our demographics to suit their vested interests. It's an indication of how shallow and dead-end our economy has become. The homeless are simply given lip-service, or ignored.