Myanmar oil and gas, democracy and capitalism, commodities race to the bottom

(Article by Sheila Newman and Tony Boys.) Burma, now known as Myanmar, nationalised its oil and gas industries after a long history of foreign exploitation. Now the new government seems to be making friends with globalists and, Australian-style, setting up to sell their resources for what looks like the final gasp of the growth/industrial economy. Comments from Tony Boys, regional specialist, on how the locals may fare. 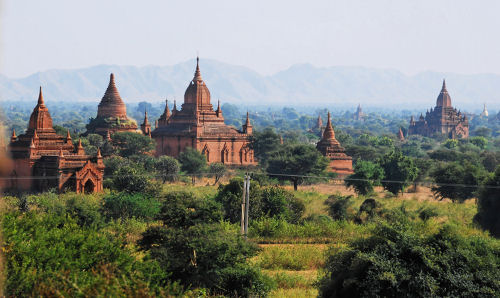 In the second world war the Japanese invaded Burma (now called Myanmar) in part to gain access to its oil reserves and remained there until 1944, when they were defeated.

Scotland originating Burmah Oil Company was the sole oil company to operate in Burma until 1901, with the entry of Standard Oil.

In 1963 Burmah nationalised its petroleum industry, creating the Myanma Oil and Gas Enterprise (MOGE). The company was the sole operator for oil and gas exploration, production and transmission, with a 1,900km onshore pipeline grid. A French energy group, Total S.A. partnered MOGE in the Yadana natural gas pipeline, along with Chevron Corporation, a US-based company and PTT, a Thai state-owned oil and gas company. (Source Wikipedia http://en.wikipedia.org/wiki/Myanma_Oil_and_Gas_Enterprise.)

Foreign exploration and development corporations are eyeing Myanmar's precious minerals with a view to moving in for the kill. Industry advocates are pressing for "more open investment rules" in line with other middle-income Asian nations. Myanmar is located close to China and India with their scarily boundless appetites for raw materials, so the corporate race is on to dig it all up as fast as possible to 'kickstart' China and the rest of the world from their real-time economic doldrums and put them back on some buried sunlight time.

The international mining industry, not too fond of paying its way, is portraying Myanmar as more attractive than Australia and Indonesia since those countries enacted new taxes on mining. In the mean time Australia and the United states recently modified economic sanctions against Myanmar perhaps because its new government looks somewhat more democratic, with Aung San Suu Kyi now in parliament or possibly because the new government is talking about opening up to foreign investment and human rights have never posed much of a problem there.

What ever is happening, it doesn't look like this 'democracy' will be much better for Myanmar than what has happened in the past, just corporate rather than national, and, really, capitalist rather than democratic perhaps.

GlobalData, a UK-based business research company, in a press release, "Myanmar - An emerging natural resources powerhouse," (8 October 2012) say that the government has

"expressed interest in joining the Extractive Industries Transparency Initiative (EITI), a global standard for increasing transparency in the extractive sector. According to the Asian Development Bank (ADB), the mining sector’s contribution to Myanmar’s GDP has increased from MMK15 billion ($2.3 billion) in 2000 to MMK367 billion ($56.2 billion) in 2010 at a Compound Annual Growth Rate (CAGR) of 37.6%. Myanmar holds minerals such as lead, zinc, silver, chromium, copper, gold, and precious gems.

Myanmar holds proven oil and gas reserves of 2.1 billion barrels (bbl) and 25 trillion cubic feet (tcf) respectively as of April 2011. Additionally, the country’s energy ministry estimates its domestic shale oil reserves to be around 3.3 million barrels (MMbbl). FDI in Myanmar’s oil and gas industry stood at about $13.8 billion for 2011–2012, representing almost 31% of the country’s GDP. However, the country must become a more investor-friendly nation to attract bigger international investments, and develop its fossil fuel production."

To put this in perspective, the US Energy Information Administration (EIA) ranks Myanmar at 70th in the world with estimated proven reserves of 0.05 billion (250,000,000) barrels of oil per day and 37th with estimated proven reserves of gas of 10 trillion cubic feet. World oil usage is currently around 25,000,000,000 barrels per year. There is no way of verifying the real accuracy of these estimates because the data is mostly commercially sourced and used to justify commercial exploration where it might not otherwise be undertaken. Press releases are notoriously prone to exaggerate for impact.

What does this really mean for Myanmar?

Commercial press releases are also always inclined to make industrial growth and extraction sound great for the people in a country where it occurs. The reality is that corporate scale mining, agriculture and construction always take land out of traditional hands which are rarely compensated. Self-sufficient people thus displaced are expected to train and fit into a new extractive and contractual economy, which erases their place in the world and expects them to pay rent where once they owned productive land.

Japan-based Tony Boys has written extensively about local tribal people in this area of the world, where he has travelled with musicians and studied the languages. (Read more and see photos of agricultural cycle and hill people's rich lives here.) He comments:

"Clearly this is going to mean more disruption for the Karen and other nationality people - the Kachin are also mentioned - since they are the ones who live in the mountains, where most of the mining is going to take place (but not oil and gas, which seems to be offshore).


"protection from policy makers, who must control excessive felling of trees, the proper treatment of mining waste and water systems, and illegal mining. Mining without using proper safeguards can also put miners’ safety at risk, and harmful mining practices have been observed at gold mines in the states of Kachin and Karen, and in copper mines in Northern Myanmar."

If there is renewed logging then there will most probably be a government push to get indigenous peoples (IPs) totally out of the forest, not to simply prevent them from carrying out swidden farming (this was the main story in Thailand, but the Karen and other IPs managed to prevent the worst from happening - physical relocation - though some villages were forcibly relocated in the 80s.) That sort of thing is very likely to happen in Maynmar. There are plenty of Karen in Myanmar living in the flatlands, so the government is likely to just shrug their shoulders and say 'better for them in the flatlands than in the hills, where life is tough and where the hill people are destroying the forests anyway...'.

Although tin is not mentioned, I have seen a few places where Karen villages are associated with tin resources in N. Thailand. When the mining company moves in to mine the resources (generally just stripping off the surface) I suppose they have permission from the (local) government to do so, but the villagers are told absolutely nothing. They are even told lies about what is being mined or being done - it's so bad that I had to figure out what had been mined in one village about 15 years after it happened because NO ONE in the village knew what it was!! It took me a while to realize it was tin (and I had seen similar situations in two other places). There did not seem to be any serious health effects and so on, and the area was small (might have been a failure, actually) so good for them, but if there is gold found near a village, that will really mean the end. Mountains of tailings and arsenic is used in the process, I believe, so no one wants to be living near that! (There's a gold-mining area I've visited in NZ, just on the southern end of the Coromandel Peninsula - the locals were very angry. There were also gold prospectors wandering the hills all over the peninsula - the locals were on the watch out for them and sometimes even threatened them at gunpoint if they were on anyone's land. You can imagine what the situation is likely to be in Myanmar...)

If it were Aung San Suu Kyi totally in charge, maybe not so bad. I think the IPs can trust her. But she is not in charge, and even if she were, mining is likely to take place. The country has to develop, doesn't it? Do we have any alternative development scenarios in Myanmar? Not to my knowledge. So they're stuck with selling their resources for what looks like the final gasp of the growth/industrial economy.

Unfortunately, not a few people (IPs) are going to have their lives very badly disrupted by this. It's very, very sad. So is Fukushima, so is Koodankulam and everywhere where big money is imposing it's dangerous and dirty technology on the ordinary, powerless people." (Tony Boys).