Four scientists at the Sydney Royal Botanical Gardens have won important research funding to study cycads, marine algaes, Australian mints and a carnivorous bladderwort plant. Cycads, the descendants of the giant ferns we associate with dinosaurs are now menaced by human population growth, expansion and activities in Australia and elsewhere. Dr Oliver Sachs made cycads famous in The Island of the Colorblind, in his study of one species' association with a fatal neurological disease that became a leading cause of death in Guam, but world-wide and in Australia, cycads need humans to start caring about them.

Four young scientists based at Sydney’s Royal Botanic Garden have won awards worth hundreds of thousands of dollars in major science grants for their work on cycads, marine algaes, Australian mints and the prey-capture mechanisms of carnivorous bladderworts. The scientists are Dr Nagalingum, Dr Trevor Wilson, Yola Metti, and Dr Richard Jobson.

Dr Nagalingum (pictured above and at end of article) has won a prestigious Winston Churchill Memorial Trust Fellowship for her work in cycad conservation genetics in overseas laboratories. Cycads are listed as the most endangered plants and most likely victims of a mass extinction caused by humans. There are studies for the cycads of Tonga, Japan, Guan and Fiji, but information about Australian cycads is very limited. Dr Nagalingum intends to develop skills for cycad conservation here. She wants to use her knowledge to inspire young people to become scientists and to train younger scientists, as well as to raise awareness of the problem of cycad conservation. (More about cycads and Dr Nagalingum at end of article.)

As well as Dr Nagalingum’s significant achievement, three of the youngest new scientists based at the National Herbarium of NSW at the Royal Botanic Garden have brought in over $500,000 through the highly competitive Australian Biological Research Study (ABRS) grant scheme – including salaries for two three-year postdoctoral positions.

“The funding goes towards three projects that will help the NSW Government and the Royal Botanic Gardens & Domain Trust (RBG&DT) meet our goals to contribute to understanding and conserving Australian plant biodiversity and as these grants are highly competitive, success indicates how well regarded these workers are nationally,” commented Ms Parker, the NSW Environment minister. 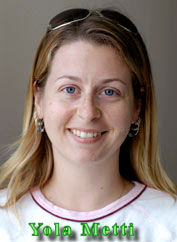 For one project Yola Metti, in collaboration with Dr Alan Miller, will investigate the Laurencia complex - a group of common red algae or seaweeds.

These seaweeds are very important in near coastal ecosystems in temperate and tropical parts of the world and provide food, oxygen and shelter to a vast array of organisms including fish and worms. The group of algae contains approximately 170 known species and Australia is a major centre of diversity with 61 identified species.

The coastline along the bottom half of Australia, including most of the New South Wales coast, is the world’s most diverse algae zone – making us custodians to all this diversity.

“Our fisheries and natural ecosystems wouldn’t survive without it,” the Minister noted.

“This important three year study by Yola Metti and Alan, in collaboration with many overseas workers, could lead to doubling or tripling the number of known species and will make an important contribution to our knowledge of Australia’s marine flora biodiversity.”

The second ABRS grant awarded is for a three year study of Australian native mints. Dr Trevor Wilson, the principle investigator will work in collaboration with Dr Barry Conn (RBG&DT) and Dr Murray Henwood (University of Sydney) to undertake the country’s first rigorous comprehensive revision of the subfamily Prostatantheroideae (Lamiaceae, the mint family). The mint family, which also includes herbs such as oregano, is particularly diverse in Australia. 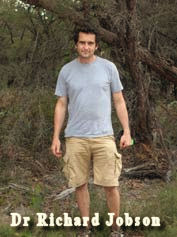 The third ABRS grant was received by Dr Richard Jobson. In this three year project he will study all 62 Australian species of the carnivorous bladderwort genus Utricularia.

Dr Jobson said a well resolved phylogeny will shed light on the evolution of the carnivorous suction bladder-traps that are possessed by all species. 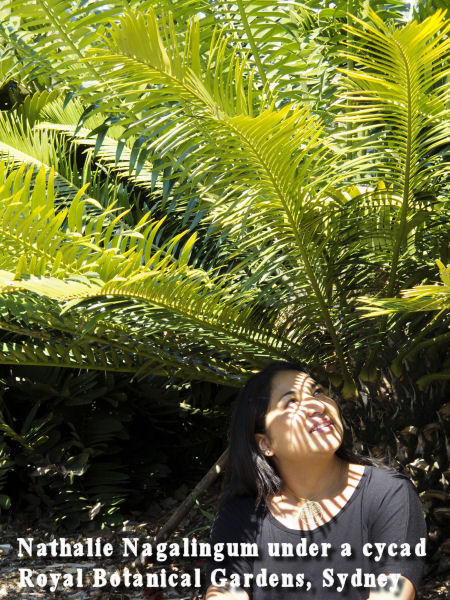 Many of us picture cycads as giant ferney backdrops for dinosaurs. Dr Nagalingum says, "There were cycads back then, but what we have today are not from that era. Most of the ones around at the time of the dinosaurs (64 million years ago) became extinct. We do not know why. The fossil record is lacking . What we study today are from a new suite of species that originated 10-12 million years ago. Like their ancestors, these more recent cycads are often dramatic looking ferney and spikey plants, some of them producing massive cones 50 to 100 cm in size.

Some cycads are also poisonous, producing neurotoxins. Australian aboriginal women found a way to get rid of the toxins and use the plants for food. They used to leave them in dilli bags hanging in a stream for two weeks, after which the toxins leached out. In South America similar practices prepare some cycads for use in tortillas."

Neurologist Oliver Sacks, famed for his investigations of unusual neurological conditions (The Man Who Mistook His Wife for a Hat, etc.), wrote about his studies in the US island territory of Guam in 1993 of lytico-bodig, a common fatal, progressive neurodegenerative disease there, which causes paralysis, dementia and catatonia. Some believe that lytico-bodig is caused by eating the seeds of cycads or the flesh of bats that concentrate the associated neurotoxin from cycad meals and others believe a virus is implicated. More on this http://en.wikipedia.org/wiki/Lytico-Bodig_disease

Cycads have not entirely internalised the process of photosynthesis. They have a symbiotic relationship with photosynthesising cyanobacteria in their roots, which also help them to access nitrogen from the atmosphere. One kind (Welwitschia mirabilis)lives for one hundred years and only produces two leaves. Because cycads grow so very slowly and prefer the tropics, they are greatly menaced by human population growth, economic expansion and industrial activity. Because they prefer tropical to subtropical climates and dislike frost, Australian cycads are concentrated in the North of Australia with some representatives in northern NSW. We do not know how they may respond to climate change but because their circumstances are so fragile we need to do everything we can to promote and protect them.

All three ABRS projects will provide treatments for the Flora of Australia or the Algae of Australia. More detail about these and other award winning scientists at the Royal Botanical Gardens in NSW can be found here: http://www.rbgsyd.nsw.gov.au/welcome/feature_stories/Outstanding_success?SQ_DESIGN_NAME=printer_friendly