Dame Judi Dench stands up for kangaroos - UK and EU 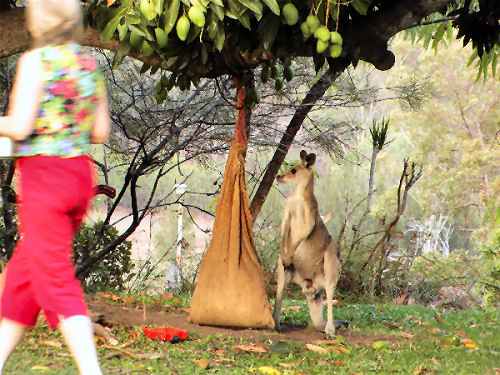 Philip Woolley, UK Rep and EU Campaign Director for the Australian Wildlife Protection Council writes that Dame Judi Dench, star of the new Robert Marshall film NINE to be released on 26 December, has become the latest celebrity to add her voice to the campaign to have kangaroo products banned from all EU member states.

“As a lover of animals and their welfare I am pleased to add my name to the many others across the world who are supporting this very worthwhile campaign.”

She joins a growing list of well known people who are appalled at what is happening to these sentient beings in Australia, all for the sake of a few dollars and the manufacture of sports footwear.

“ It is just amazing to get Dame Judi to support the campaign. We have wonderful people now supporting us and we look forward to starting off the New Year off on a very high note. Other celebrities have signed up and their names will be released in the New Year. This campaign needs as much support as we can gather and already over 5000 citizens have signed up.”

Dame Judi, well known for such roles as M in the James Bond films, Miss Matty in the successful BBC series Cranford with a special appearing over Christmas and now the film Nine went on to say that,

“Cruelty to any animal is barbarism and killing a joey after killing the mother is totally unacceptable.”

A story about Stella and Alan Reid's Wildhaven rescue and rehab service for wildlife that was burned out in Kinglake during the awful fires in February this year, will be aired on Channel 7 on Christmas Day. "Greetings all and a very Merry Christmas from Wildhaven, Channel 7 paid us a return visit recently and we received the news below this morning. If you would like to know a little more about the recovery process at Wildhaven, please have a look at Today Tonight at 6:30 on Christmas Day. I can't tell you much more than that because so much was covered during their visit. Love Stella NB That's Christmas Day, not Christmas Eve." Sheila Newman, population sociologist

Well done Dame Judi Dench! Not only famous and successful, but she also has a heart and a conscience. Three million cats, dogs, monkeys and other animals are experimented on in Britain's laboratories every year with many suffering extreme and often unnecessary pain, say animal campaigners. Government claims that the experiments are tightly controlled are rejected by Science Without Suffering, which is backed by celebrities such as Dame Judi Dench and Joanna Lumley, and Wendy Higgins of the anti-animal research charity, the Dr Hadwen Trust. Judi Dench also signed teddy bears to be auctioned to raise funds for WSPA, for the Idaho Rehabilitation Centre which cares for orphaned bear cubs. A UK version of a controversial US reality show that featured 44 dwarves competing in a tug-of-war with an elephant was pulled out by ITV bosses at the last minute. The Granada-produced show, based on a hit American series of the same name, came in for fierce criticism from the RSPCA, Dame Judi Dench and Virginia McKenna's Born Free Foundation. She is also a patron of Patrons of Animals' Voice in the UK. Dame Judi has also helped on many campaigns over the years, including gracing the cover of PETA guide to cruelty-free charities. It is reassuring that there are celebrity role-models out there who are willing to provide a voice for those without one - - and they are ANIMALS!