Details of Shepparton inquiry even are below the italicised editorial. The comments preceding the details of the Senate Inquiry in Shepparton are my response to AWPC's Maryland Wilson's questioning of my supporting irrigators. Comments and independent reports of this event will be most welcome. Submit to "contact" at top left margin of this site or reply in the comments function at the bottom of this article.

What is the link between Foodbowl Unlimited, the North South Pipeline and the Senate Inquiry on the 14th? 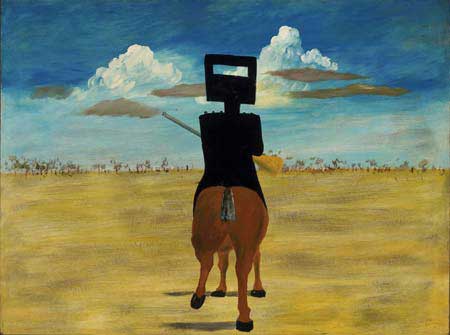 There is a link between the "Foodbowl unlimited project" and the North South Pipeline because the savings proposed to be made from Goulburn River water are supposed to be made through claimed increased efficiency of the Foodbowl unlimited project. It is sad that supporters of the Plug the Pipe project probably benefited from an earlier democracy-destroying and land and water alienating project, which was the Wimmera-Malley pipeline. Australian farmers should stand together against big agribusiness, but it is so easy for government to divide and conquer over regional interests and water. Irrigators, who settle land more densely than drylands farmers, carry more electoral clout than dryland farmers, and have used this to their advantage and the disadvantage of dryland farmers in the past - not necessarily all of them knowingly. Now big agribusiness is playing the irrigators at their own game, because big agribusiness has the government in its pocket - literally - in this public-private venture called the Foodbowl Unlimited project.

Unfortunately, if we do not support the incumbent irrigators, my fear is that we will lose all control of this section of the Murray Darling to corporate interests.

For those of you who are interested in the politics of big-water and corporatised government, it is instructive to look through electoral system glasses at the way the State and Federal governments during Howard's era, manipulated the irrigators and the public over the then proposed privatisation of the Snowy River Hydro Scheme. At the time the Victorian ALP and the Federal Liberal Party were vying for electoral popularity among irrigators. The Hydro Privatisation scheme was unpopular everywhere because privatisation is unpopular, but it was especially unpopular with irrigators because of the likelihood that their allocations would be up for grabs and become more expensive. Howard, whilst he pushed for the privatisation of the Snowy Hydro, was deeply unpopular with them. The Bracks Victorian government struggled with itself over exploiting the situation for popularity with irrigators and giving in to its ideological committment to selling off Victoria's assets. But they had little to lose if they were on the same side as the Federal government in this instance, because the voters would have no choice at all. So eventually Bracks gave in and joined the Howard Government support for privatising the Snowy Hydro scheme. That was when Howard did one of his most breathtaking political acrobat tricks. Suddenly he dropped the privatisation scheme, leaving the Victorian Government looking like the only snake in the grass. Well they haven't lost their privatisation agenda, even though Mr H has departed the halls of government.

Plug The Pipe Gathering of Supporters

Plug The Pipe Submission at Starts at 11.15 am

Seating available for 50-75 people (People are advised to be seated early 10:30am onwards)

Plug The Pipe has been scheduled to appear before the Committee from 11.15 am to 12.00 noon on Thursday 14 April 2009 at the Country Comfort Hotel, 481 Wyndham Street, Shepparton Vic.

Northern Victoria Irrigators Inc will also be appearing before the Senate at 10:30am

Please make the effort to be there and support our Plug the Pipe Irrigators who will be making our presentation.It would be ideal to have a crowd there in attendance by 10.30am