The Kangaroo Industry: Weapon of Choice

Recently I noticed that a new study had been commissioned by the Rural Industries Research and Development Corporation (RIRDC) on the subject of animal welfare in the kangaroo industry. The RIRDC kangaroo advisory committee consists primarily of key stakeholders in the kangaroo meat and leather industry such as Brian Topper, Lindsay Packer, Greg Bates and Ray Borda. This committee determines what research is done to make the kangaroo industry develop and become more profitable. Obviously the committee consists of those making the biggest monetary gain from kangaroo exploitation so why all of a sudden do they want to draw attention to the ethics of the industry? 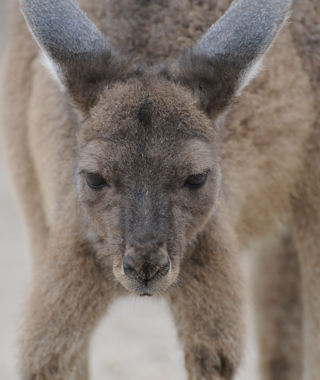 Studies performed by the RIRDC for the Kangaroo Industry Association of Australia (KIAA) are (partly) funded by the Commonwealth government. Often the authors of these reports are directly or indirectly employed by the KIAA itself. For example John Kelly, the executive officer of the KIAA has written several reports for the RIRDC which he often quotes when defending the industry. Examples of these are the "Kangaroo industry strategic plan 2005-2010", "The kangaroo industry -- its image and market" and "Extending the sustainable management of kangaroos". The latter report is aimed at increasing the land areas that shooters have access to (including the whole of Victoria) or to put it another way, decreasing the number or size of refugia areas where kangaroos cannot be shot. Peter Ampt from the FATE program also bobs up in RIRDC reports such as "Consumer attitudes towards kangaroo meat".

I cannot find a single study done by the RIRDC in the past that has focused on the welfare of kangaroo joeys. This is despite calls for this type of research from organizations such as the RSPCA and other animal welfare groups since at least 1985. The joey issue has been raised on every committee involved in the creation or amendment of the Australian Code of Practice for the Humane Shooting of Kangaroos (or "the code") yet has never been acted on until now.

At the risk of sounding cynical, I would suggest that this new study has been commissioned by the RIRDC in an attempt to mask the insensitivity inherent in the industry towards the fate of joeys. Could this possibly have something to do with the proposed ban of kangaroo products into the EU? It would appear the RSPCA have finally got the research study they have been requesting for the last 25 years but you have to wonder, why now ? The study does not conclude for another 2 years but the mere fact that it is being done at all gives the KIAA, the RIRDC and the Australian government an opportunity to dampen the issue on the world stage.

I thought the KIAA was happy with the towbar

Back in 2008 when "the code" was being revised the joey issue was raised again by the RSPCA. This time the use of shotguns to kill joeys made the headlines. John Kelly declared that the KIAA was "generally happy" with the new code and defended current killing methods including decapitation of unfurred joeys and a blow to the brain with a metal pipe or vehicle tow bar for larger pouch joeys as "perfectly humane activities". Further he added that "animal welfare is precisely what this code of practice is all about". As Kelly is clearly involved in RIRDC studies involving the kangaroo industry, why has the welfare of joeys suddenly appeared on the radar ?

It may appear that the concerns/demands of the RSPCA have finally been acknowledged but I doubt this is so. Even when the RSPCA openly criticises the code particularly over the joey issue, the KIAA and governments still claim that the industry has broad RSPCA support. In the words of John Kelly:

In the broadest sense Kelly is actually correct, the RSPCA has stated that kangaroo culling is a humane practice when done correctly..... the devil is always in the detail. Like Greenpeace, the RSPCA appears to be unable or reluctant to clarify its "true" position on the kangaroo issue in the media. Little wonder the KIAA milk this positive publicity for all its worth. 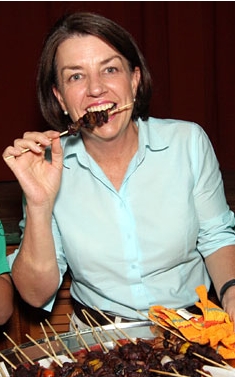 The Russian ban on kangaroo meat last year could also be a driving force behind the industry trying to improve its image. The Russian decision however was officially based on public health issues, it had nothing to do with animal welfare concerns. Perhaps Queensland premier Anna Bligh needs that point explained a little more clearly. Earlier this year anti-roo industry activists, kangaroo shooters and even the KIAA itself were understandably puzzled by her "introduction" of a ban in trading of kangaroo carcasses that had not been head-shot. Supposedly, all Australian states with a kangaroo industry have had this ban in place for many years now, she either hasn't got a clue or maybe she knows more than most after her time spent in Russia trying to overturn the decision. In her attempts to get more Queenslanders to eat roo meat she has resorted to publicity shots of herself biting into kangaroo kebabs. This cheap form of publicity was recently used by Canadian politicians when they tucked into plates of seal meat. Perhaps Bligh was inspired by the Canadian governor general who last year ate raw seal heart directly from the carcass of a seal pup in front of the cameras. Monkey see, Monkey do....

The comparison of commercial wildlife killing methods with those used on domestic animals is always a subject that crops up during any kangaroo debate. The herding of sheep or cows followed by queuing for the slaughterhouse is often claimed to be more distressing for the animals involved than being head-shot in your natural environment. The subject of joeys rarely rates a mention when this oversimplified comparison is drawn. It is an argument used by the KIAA and its supporters, many of whom are environmentally aware to a varying degree. Of course this is also a view held by John Kelly and this provides us with an opportunity to understand what passes as humane in his world. Kelly's other interests include a possum abattoir that was secretly filmed in the late 1990's resulting in a legal battle between his company and the ABC. When questioned on the "7.30 Report" about the method used to slaughter brushtail possums in his abattoir Kelly replied :

This code of practice involved the stunning of possums in a holding cage before they are thrown down a chute into an area where their throats are cut. At the time of the interview Kelly was unaware of the secret recording. The reporter then played him a copy of the tape and asked him whether the possums that were running along the chute (and on the ground) into the bleeding area were stunned or not. His reply was :

Is leaving a joey to starve to death after its mother has been shot more humane than cutting the throat of a fully conscious possum ? I shudder to think. It does seem obvious that animal welfare is not Kelly's strong point and any sentence uttered by him containing the word "humane" should be treated with due scepticism 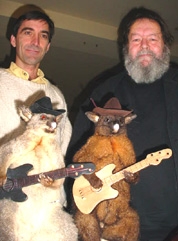 Which takes us back to this new study being commissioned by the RIRDC and headed up by Dr Steve Mcleod. It appears they will trial the use of spring-loaded captive-bolt guns to stun joeys before they are killed and I assume they are not getting advice from John Kelly to do this. This research is partly funded by the levies they collect from kangaroo shooters for each carcass. I would have thought an independent study more appropriate for this subject as industry based research is conducted to develop an industry, not hinder it. The subject of kangaroo industry RIRDC reports from the past such as those outlined earlier have been carefully selected by Kelly, Packer, Topper etc using the development funds currently available to them. Why would they direct that funding towards an aspect of the industry they would rather gloss over unless they plan to just give it another coat. I was however encouraged by Dr Mcleod's comments on the ABC:

"Because they harvest at night and the young at foot might not be close to a mother that's shot they sometimes might not get seen....... We don't know the extent of that problem and we don't know what actually happens to those young."

By John Kelly's estimate the extent of the problem is that it affects around 0.1% of the kangaroo population. I would suggest that statistics are not Kelly's strongest point either but undoubtedly the cost of Kelly's calculation will turn out to be significantly cheaper than Dr Mcleod's study. Like Anna Bligh, cheap appears to be John Kelly's style.

"We are in the business of selling meat and images of dead animals don't do so" ..... You said it John.

The footage obtained of John Kelly's possum abbatoir is available here. Remember Kelly is the head of the Kangaroo Industry in Australia and also proclaims to be an expert in animal welfare.

This video may contain content that is inappropriate for some users, as flagged by YouTube's user community.