Environmental activism can be all consuming and exhausting. Is it worth making the effort? 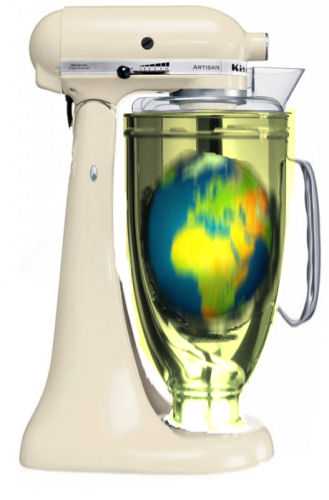 In our overpopulated world and fast growing cities of Australia there are too many human forces stirring up the environment to manipulate it in the name of development and growth . Because of the vast amounts of energy and finance available to those who would sacrifice nature for development, the changes that are wrought on the environment can be huge with very far reaching effects.

What do we do as ordinary citizens? Do we simply watch as much loved countryside goes under the bull dozer for development? Do we let it pass that wildlife is massacred on the ever expanding network of roads, each new one cutting across the habitat of other species? Do we cruise by acceptingly in the back seat of the car noting changes to our surroundings that we never asked for and do not want? Do we sit down resignedly and turn on the television instead of protesting when a decision is made to build 8 storeys just down the road where there should really be an public open space in our quiet suburban street? Perhaps the proposed edifice doesn’t overshadow our back yard directly, but it deeply affects our neighbours. Is it our concern? In Melbourne these days there are very few victories for those who don’t want constant changes to our surroundings. Most changes that occur remove open space and amenity and generally pull nature asunder. The trend is the creation of increasingly urban environments where we could perhaps forget that nature exists outside some really good photos on our IPads. We who are adults now know that nature exists because we have experienced it. It used to co-exist with us in the city. But the next generation will not have this familiarity and will not be as acutely aware as their surroundings are further and further modified by development. An 8 storey building becomes a 20 storey building. This is not as dramatic as losing open space to any sort of construction. Their fight reflex will be extremely blunted.

One of the problems with the decision as to whether to act or not is that communities and individuals can be run ragged and burnt out with protest efforts. Those who want to steal our natural environment have the means- political and financial in spades to do this. The scale is enormous and the resources of the rest of us are comparatively small.

From my experience, people vary in the attitudes they choose to take. Many I know are torn between wanting to enjoy their lives and making the effort to try to save what they love and appreciate about their local or the larger environment. If they become involved in protests they find that their lives are taken over with meetings, submission writing and rallies to preserve the status quo or mitigate the damage of development to the environment. After a while, especially after a series of failures, the rewards of contacts made through community efforts wear thin and they feel cheated of their spare time. This leads to a paradox – “My life is being taken over trying to put out spot the fires of environmental destruction around me but can I really get on with what would have been my life whilst my environment is being torn apart?” Priorities then seemingly cascade from the dilemma. I will put my time and money into this battle that has a small chance but there is another more far reaching one which we are even less likely to win but which has wider repercussions.

Do we really have a choice?

But do we really have a choice in whether to act or not? Can we afford to live in a bubble containing the elements in our lives which we appear to be able to control and largely ignoring the rest? To take the position that there is nothing I can do to change anything, is to assume powerlessness. I know people who assume this position. Do they do it just in order to take a breather from the constant war? Maybe this is something one can do with some degree of comfort if the battle ground seems sufficiently distant. But what if the destruction moves right next door or across the road?

It is really just a matter time. You may or may not be lucky with how close to your life it comes to you before you move or die and of course not all environmental damage needs to be happening where you live to affect you, anyway.

Ultimately, not to act is really to have a wager that the environment will manage to out last us.

NEW POPULATION BOOK HOLDS SOLUTIONS TO HABITAT DEPLETION: Sheila Newman has just published new theory in a new book, Demography, Territory & Law: The Rules of Animal and Human Populations (see link). Two chapters are on multi-species demography, the rest apply the theory to non-industrial societies and the author comes up with a completely new test for the collapse model of Easter Island, which will stun those who thought they knew all about it. Forensic biologist, Hans Brunner writes of it: "This book takes us to a completely new paradigm in multiple species population science. It shows how little we understand, and how much we need to know, of the sexual reactions when closed colonies with an orderly reproduction system are destroyed, be it people or animals."