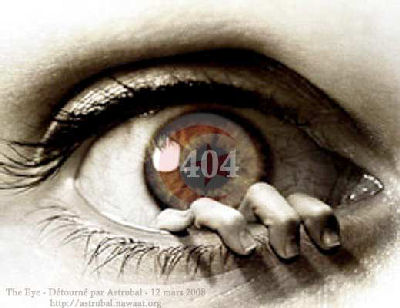 (original picture at http://astrubal.nawaat.org/index.php?tag=freedom-of-expression
There is also a great video there about the internet and amnesty international)

The Senate, Parliament of the Commonwealth of Australia:

Questions on notice about internet censorship to Sen. Conroy, Min. for Broadband

Senator Ludlam, of the West Australian Greens, is almost alone in asking questions about Sen. Conroy's bizarre proposal to police what we read and watch on the internet without letting us know the details. His investigations on our behalf need to be publicised.

Senator Ludlam: asks the Minister for Broadband, Communications and the Digital Economy questions about the recently announced 'live pilot' of Internet content filtering:

(1) Why does the pilot aim to test the impact of filtering on Internet connections ranging up to 12 Mega bits per second (Mbps) when 12Mbps is the minimum speed which the National Broadband Network project is claimed to deliver.

(2) Why will the pilot test the capacity of the filters to 'detect and provide warnings on circumvention attempts'.

(3) What is meant by 'provide warnings on circumvention attempts'.

(4) Does the Government propose, or is it considering, the criminalisation of circumventing or attempting to circumvent the proposed filtering regime.

(5) Will Internet Service Provider's be required, or permitted, to apply any level of filtering to the Internet connections of people who have not volunteered to participate in the pilot.

(6) If the customers participating in the pilot are volunteers, how will the results of the pilot be of any worth when they will be affected by self-selection bias.

(7) How does the Government propose to prevent technological tools such as proxies, Virtual Private Networks, the Tor service and encryption from being used to circumvent the Government's filtering regime without adversely affecting the ability of Australian businesses and residents to conduct their online business in a safe and secure fashion.

(8) Are technological tools such as Virtual Private Networks, Peer-to-Peer applications and encryption, being used by persons trafficking in child pornography online; if so, how will the Government's proposed filtering regime prevent this.

832 Senator Ludlam: To ask the Minister for Broadband, Communications and the Digital Economy-

(1) On what basis does the Government claim that Internet service provider (ISP)-based filtering is more effective than personal computer-based solutions.

(2) What is the Government's justification for making the dynamic content analysis filtering component of the regime opt-out rather than opt-in.

(3) Why is it necessary to compel all Australian ISPs to supply a filtered Internet service when there are already some ISPs offering such a service in the market.

(4) If the demand within the Australian public for filtered Internet connections from their ISP exists as claimed by the Government, why has this not manifested itself in the market to date.

(5) What evidence does the Government have to support the claimed public demand for filtered Internet connections.

(6) Can details be provided of organisations that have assisted the department through providing advice, information and examples that have contributed directly to the Government's proposed filtering plan.

833 Senator Ludlam: To ask the Minister for Broadband, Communications and the Digital Economy-

(1) What is the current number of Uniform Resource Locators (URLs) on the Australian Communications and Media Authority's (ACMAs) list of overseas-hosted prohibited or potentially-prohibited content.

(2) How many unique domain names are within the URLs which are currently on the ACMA blacklist.