Too many unanswered questions on net censorship

The Australian Greens have warned there are too many unanswered questions about the government's internet filtering plan, as the government calls for Internet Service Providers to participate in its trial. 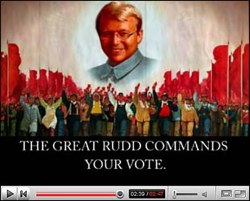 "We still don't know how this filter would sift through the billions of websites on the internet in search of the 'unwanted' material referred to in question time today by Minister Conroy," said the Greens Communications Spokesperson, Senator Scott Ludlam.

Last month at Senate Estimates, Senator Ludlam queried the focus of the filter and in particular, whether similar schemes have been implemented overseas. The Senator queried the issue again today to establish why the Government had compared Australia's proposed mandatory system with a number of other countries where net filtering is not mandatory. Again the Minister failed to answer the question directly.

"Unfortunately, the Minister did not respond to my question. He still hasn't explained why the proposed mandatory filter is being compared to optional filters operating overseas. It's like comparing apples to oranges. It doesn't advance the debate in any way."

"The internet has not traditionally been the focus of censorship in democratic countries, and the online community has been tenacious in its pursuit of straight answers from the Minister. I'll be doing what I can to get those answers on the record so we know what we're dealing with," concluded Senator Ludlam.

See also: "Filtering out the fury: how government tried to gag web censor critics" in the SMH of 24 Oct 08, #more-217">"Filtering Pilot and ACMA Blacklist - Not just 'illegal' material" on Electronic Frontiers Australia on 15 Nov 08, "Net censorship plan backlash" in the Age of 11 Nov 08, YouTube broadcast of Senator Scott Ludlum questioning Communications Minister Senator Stephen Conroy about the planned censorship, "Winning the war against Internet censorship" by David Jackmanson on Online Opinion of 17 Nov 08, Online Opinion Forum "What's happening about the internet censor?" of 13 Nov 08, "Australia Joins China In Censoring The Internet" on TechCrunch of 30 Dec 07, www.scottludlam.org.au