Australians deeply divided on migration? Don't believe the mass media reports - talk to each other 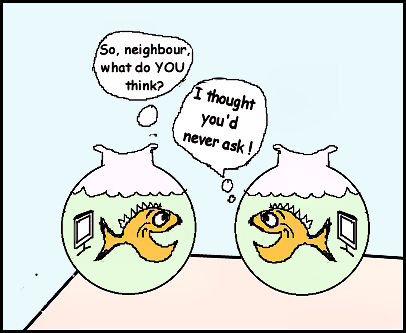 From the report: “From our research a strong majority of Australians favours immigration levels as high as, or higher than, at present by 69 per cent to 27 per cent,” Mr Young said. “But that’s where the agreement stops.

"It also claimed that 69 per cent of Australians 'support high migration'." This "high migration" is unlikely to get 69% population support! We just can't help querying just what questions were asked, and how they were framed. No doubt it was assumed that "high immigration" was that of boat people, and our humanitarian intake. The word "immigration" is mainly discussed in reference to asylum seekers or our humanitarian intake, and the public likely assume that it's the total of our intake, despite being about 5% of our total immigration rate. Making "immigration" synonymous to asylum seekers is using the latter as a smoke screen to avoid the discussion or revelation that the greatest proportion of our net overseas migration is in fact overwhelmingly from economic migrants - skilled migrants and family reunions!

No doubt this Institute of Progress is really run by property developers, and those with vested interests in superannuation funds, and investment portfolios.

Bob Tucker is the Chairman of this "Institute". He also is the Chairman of Trade Coast Central, a company developing an innovative high-tech industrial subdivision adjoining Brisbane Airport. He is one of Brisbane’s major property developers specialising in industrial and retail developments.

Bob is a former state president of the Queensland Liberal Party.
He graduated from the University of Queensland with a B Pharm Bsc, subsequently founding Green Spot Chemists.

There needs to be an Institute of Sustainability, to learn about limits to growth and how to maintain our lifestyles and future - protected from the hands of growth-lobbyists and their self-serving interests.

It's time for Australia to have a population conversation, says

It's time for Australia to have a conversation about population, says Tom Elliott.
http://www.3aw.com.au/news/its-time-for-australia-to-have-a-conversation-about-population-says-tom-elliott-20151016-gkb89r.html

The 3AW Drive host said the issue was not being discussed enough at political level.

He said it was too important to ignore.

"I'm sick of hearing stories about the Monash being crowded, the West Gate being crowded, people not being able to afford houses, everything is crowded – there's too many people – etc. etc – we have a choice in this country," Tom declared on 3AW Drive.

"Sixty per cent of our population increase is due to immigration.

"We are one of the few places on earth that can control our own immigrant numbers.

"We can have them higher if we want, or lower if we so desire.

"Why don't we talk about it more?"

He also questioned the stance of some when it came to the issue.

"Why do you get branded a 'racist' if you suggest you want the population to be lower?" Tom said.

"One of the interest things about the Greens, one of the hypocritical things, is that they want us to throw open the doors to asylum seekers but also want our population to be lower because they worry about the effect on the environment of having too many people."

Our nation, our people, is more important than our Economy.

"Every time we open the borders to more migrants, the more economic growth we get..." and conversely, the "less migrants that come, the more our economy slows..." That's the paraphrase of George Megalomaniac! We are a nation of people, families and taxpayers, not a mere "economy" to grow and decline, and be measured by it! Our economy is meant to serve the people, the participants, not be enslaved by it. Are we meant to concede that we spend hours each week in traffic congestion, be locked out of home ownership, suffer unemployment, and crowding, because it's "good for economic growth"! If "economic growth" is not economic, or desirable, then it's time to change our definition of nationhood, or our economy. Just what neo-liberal thinking came about that we must subdue our needs to the welfare of "economic growth"? Overcrowding with migrants, and high inflows from overseas, no doubt increases consumption levels, but corporations aren't paying the costs of infrastructure, and the downward dive of living standards can't be replaced by more consumers. We are falling into an abyss of massive infrastructure deficit, to de-congest our roads and freeways, yet our governments still celebrate and endorse "growth" and consider it inevitable. We are a nation, with history, identity, and people. People, and the environment, must be prime considerations, and the economy must be based on the former, not grow like a cancer to destroy our nation! The Greens are hypocritical, on the "far Left", and the more we have the "far Left", the more we'll find swelling numbers on the "far Right".

Seven babies died 'unnecessarily' all at the same Vic hospital

'Catastrophic event': Bacchus Marsh hospital investigated over seven 'avoidable' baby deaths The death of seven babies at a regional Victorian hospital could have been avoided in what has been described as a "catastrophic event". A Health Department probe into 10 stillbirths or deaths in 2013 and 2014 at Bacchus Marsh and Melton Hospital, which is run by Djerriwarrh Health Services, has found that hospital practices could have contributed to the seven Seven babies died 'unnecessarily' all at the same Victorian hospital MADELEINE MORRIS: Bacchus Marsh is transforming from rural community to urban fringe. There are now 900 babies delivered at Bacchus Marsh hospital a year, twice as many as five years ago, a rapid expansion which was also a factor in the babies' deaths. This is somewhat typical of the West of Melbourne, now part of the "Growth Corridor". The population growth here is tremendous, but the spending on schools, hospitals and other services is minimal. New suburbs are going up with primary schools, but NO new secondary schools. The Point Cook, Tarneit, Truganina mess has no school for year 9-12. Students have to go Laverton High school. The suburb was designed to attract young couples starting a family, but no provision was made for when the children are older. Even more telling, is when you look at the suburban plan, there is no provision for such a school to be built in the future. "Cram 'em in and bleed 'em dry" is the state governments motto, and now we have potentially a scenario where babies have died due to developer greed and governments caving in to the growth lobby.