Problems in Ukraine, Syria, Iraq and Australia have a common root cause

For example, the Ukraine is geopolitically important for many reasons; including its value as a food bowl and as an export route for oil and gas. The Ukrainian people are secondary to the interests of the foreign powers that seek to influence or control the territory and its resources.

The current turmoil in Syria and Iraq has been preceded by French and British military intervention respectively in the early 20th century, combined with imposition of new territorial borders. This was arguably an autocratic foreign assault on the region. People subject to somewhat arbitrarily defined borders have different histories and different vested interests little understood by the foreign autocrats. The same was true of the foreign assault on Australian Aborigines when their territory was first invaded in 1788. Have a look at any capital city in Australia. There are "Boundary Roads" everywhere. 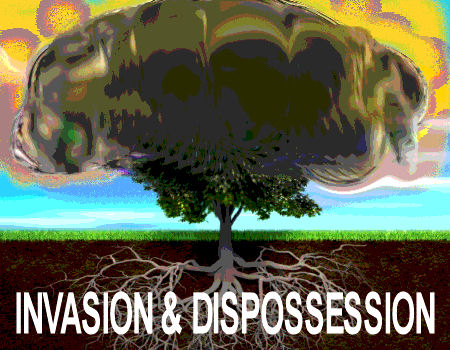 #comments">Armchair experts #comments">sit around hypothesising about what should or should not be done, based on their subjective versions of humanitarian and strategic principles. Many know little of the history of the regions they discuss and use terms such as "democracy" and "territorial borders" to define right and wrong.

In Australia in particular, neither the Government nor the people have the ethical credentials to justify interference in geographically remote regional conflicts.

#AED1FF;font-size:92%;hyphens:auto;line-height:120%;">... the economic impacts of extreme popu­lation growth are not invest­igated in the public interest.

Australia is a country founded upon the principles of invasion and dispossession of "indigenous" peoples. That foundation remains the cornerstone of government policy to this day. It is an autocratically imposed policy that has nothing to do with democracy. This "invasion" does not prioritise humanitarian intake. In its current form it focuses on attempting to cherry pick healthy and relatively wealthy, educated people for their alleged "financial" value; at the expense of refugees.

#AED1FF;font-size:92%;hyphens:auto;line-height:120%;">... politicians don't even question a policy that many other countries would regard as outlandish.

Government media seeks to justify a government policy of invasion and dispossession in the interests of something it vaguely refers to as economic growth, although the economic impacts of extreme population growth are not investigated in the public interest. Politicians control decision-making on what lines of public inquiry deserve due diligence. Mass migration has always been the "robot-mode" status quo in Australia and politicians don't even question a policy that many other countries would regard as outlandish.

Between 1788 and 1900 Australia's population rose to 3.7 million. From 2002 to 2014 it rose another 3.8 million. This invasion is accelerating. This is extreme, unsustainable, Government imposed, amoral, financially motivated "developed world" population growth.

The ABC is not governed by any laws that can be enforced to hold it accountable for failing to comply with its Statutory Duties of impartiality and integrity. ABC agendas appear set by politicians rather than by analytical thinking.

The ABC's approach to the climate change debate has been the ABC–branded Carbon Tax debate, analogous to a doctor advising a patient that the only therapy for treatment of obesity is exercise (economic incentives to reduce carbon emissions), while encouraging the patient to eat fattening food (extreme population growth driving extreme emissions growth) from a company the doctor owns. The doctor also deliberately conceals the fact that eating is the primary cause of explosive weight gain.

#AED1FF;font-size:92%;hyphens:auto;line-height:120%;">The ABC's approach ... has been analogous to a doctor advising a patient that the only therapy for treatment of obesity is exercise, while encouraging the patient to eat fattening food from a company the doctor owns.

So we have a lawless, government sanctioned, propaganda machine purporting to act as a humane and democratic voice of the people, while failing to address some of the most pressing moral and environmental issues in Australia. Population growth stands out as an issue of critical importance.

#AED1FF;font-size:92%;hyphens:auto;line-height:120%;">NASA abused its position of dominance by prioritising a political desire for launch [of the Challenger] over competent risk management.

The Challenger Space Shuttle disaster occurred in similar circumstances. The Solid Booster Rocket seals failed causing a catastrophic explosion because NASA approved the launch at an unacceptably low ambient temperature in full knowledge of the risk. The 7 astronauts killed in the explosion were not informed of the risk.

NASA abused its position of dominance by prioritising a political desire for launch over competent risk management.

The ABC is a news and current affairs broadcaster. It has limited, if any, expertise in the sciences or in risk management. Yet it uses opinionated bias as a basis for concealing critically important information from public policy debate. Whether that bias is driven by Government or the ABC itself is immaterial. It is clearly contrary to the public interest and it is defined as unlawful, if not criminal, by the ABC Code of Practice.