U.S constitution was a 'coup' by the oligarchy (Article by Riviera Sun)

This article contains very interesting information of which I was unaware. It's judgement on the American Constitution confirms my own impression that the US constitution is an empty and ridiculous document compared to the French Civil Code (which was taken up by all European nations eventually, inc Russia). In my view it is not possible to have significant real democracy with the British land-tenure system that dominates much of the United States because of its tendency to accumulate vast amounts of land and significant assets in private hands. The Napoleonic system (which built on the French Revolution) preserves power in local hands to regulate use of public land, which the inheritance (land tenure) laws tend to keep topping up. In fact, I have found that the contribution and example of the US revolution to the French Revolution, though much touted, was actually very weak and that one of the famous actors in both the US and the French Revolution, La Fayette, was suspected, with good grounds, of being a double agent. 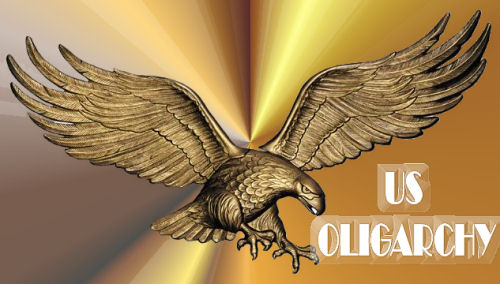 [...] After the war, the revolutionary notion of democracy produced a counter-revolution. Oligarchs of that era found it difficult to conduct business among the 13 sovereign states, each of which was developing its own laws regulating commerce, taxes and tariffs. The first constitution of the United States (the Articles of Confederation) endured for 10 years, starting in 1778, before the oligarchs could find a way around it. Even then, they had to resort to extraordinary means.

In February 1787, George Washington (the richest man in the United States) proposed a convention in May in Philadelphia for the alleged purposes of revising the Articles of Confederation. Upon arrival, however, delegates to the Philadelphia Convention were dismayed to discover that Washington, Madison, Hamilton and others wanted to throw out the old Articles of Confederation. In their place, Hamilton proposed a new, second Constitution of the United States, which included a powerful federal government to rule over the state governments, a president for life, a senate appointed for life, an electoral college that elects the president and an appointed for life Supreme Court with authority over the state courts.

"Nothing but a permanent body can check the imprudence of democracy," Alexander Hamilton is quoted as saying according to the Notes of the Secret Debates of the Federal Convention of 1787 taken by Robert Yates.

Many of the delegates left in protest. Of the 62 delegates appointed, only 39 signed the new Constitution. The Philadelphia Convention, widely heralded today as the birthplace of democracy, was nothing short of an oligarchic coup. Terms for elected officials were a minor concession to the proponents of democracy. The Bill of Rights was tacked on at the insistence of outraged citizens during the process of ratification, but it narrowed the list of protected rights to 10 out of the dozens that were initially proposed.
Today, tourists can visit the sunny, open rooms of Liberty Hall, but in 1787, the Convention took place under strict secrecy. The doors were closed; the windows blacked out and security guards ringed the building. In Notes of Debates in the Federal Convention of 1787, the rules stated, "That nothing spoken in the House be printed or otherwise published or communicated." James Madison, one of the main recorders, refused to publish his notes until all of the framers were buried in the grave.

If the citizens had known what was transpiring in Philadelphia, an uprising reminiscent of the Battle of Seattle at the 1999 World Trade Organization protests might have ensued. In 1787, citizens of the 13 sovereign states considered the United States of America to be a description of a friendly alliance of nation-states similar to the United Nations. Under the new Constitution, however, the federal government of the United States of America became a new, powerful legal body that wielded supreme authority over the subordinate states.
When they found out, citizens of the day were not amused. Resistance to the new Constitution was widespread. In 1787, Washington wrote, "Commotions of this sort, like snow-balls, gather strength as they roll, if there is no opposition in the way to divide and crumble them." To ensure the states' ratification of the new Constitution, his colleagues Madison and Hamilton rolled out their propaganda machines.

William Grayson of Virginia wrote, "We are now told . . . that we shall have wars and rumors of wars, that every calamity is to attend us, and that we shall be ruined and disunited forever, unless we adopt this constitution . . . and the Carolinians, from the South (mounted on alligators, I presume) are to come and destroy our cornfields, and eat up our little children! . . . These, sir are the mighty dangers which await us if we reject - dangers which are merely imaginary, and ludicrous in the extreme!"

A more detailed article is available at
http://www.truth-out.org/opinion/item/23804-oligarchy-as-american-as-poisoned-apple-pie Thank you Matthew Mitchell, candobetter.net writer, for sending this to me.