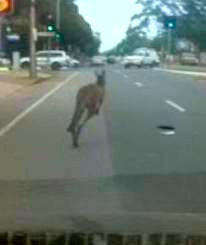 Human activities are reducing genetic, species and ecosystem biodiversity in Australia and population growth is a major driver, according to Sustainable Population Australia Inc. (SPA) September is Biodiversity Month and its purpose is to promote the importance of protecting, conserving and improving biological diversity in Australia and globally. Australia has between 600,000 and 700,000 species, many of which are endemic. Sustainable Population Australia (SPA)’s national president, Ms Sandra Kanck, says that according to Australia - State of Environment Report 2011, in Australia ‘population size, geographic range and genetic diversity are decreasing in a wide range of species across all groups of plants, animals and other forms of life’. Biodiversity has declined since European settlement, according to the Report. “The Report also notes that these pressures from human activities are not being substantially reduced despite promising investment by all jurisdictions,” says Ms Kanck. “This is hardly surprising, since population growth has been as high as 2.1 per cent annually in recent years. Even though it has dropped to 1.4 per cent, it still means an extra 300,000 more people every year putting pressure on the Australian environment. “The Report notes that many of the current risks to biodiversity relate to failures in management,” says Ms Kanck. “It says a major challenge is to understand the dependence of humans on ecological processes that are mediated by different elements of biodiversity; and to manage the size and distribution of our population…” In May this year, koalas in Queensland and New South Wales were classified as vulnerable and added to the threatened species list. The Australia Koala Foundation has nominated the south-east Queensland population as critically endangered as there has been an 80 per cent decline in koalas in that region. “Much of this loss can be attributed to loss of habitat from urban encroachment,” says Ms Kanck. “In the second most biologically diverse region of the continent, in north-east NSW and south-east Queensland, humans are taking over the entire hinterland between coast and the Great Divide. In addition, koalas are being killed by pet dogs and by cars. “Human population growth has to stop. We have to leave room for other species,” she says.

Legislation fails to guarantee or conserve any species

The EPBC Act means that planners and developers must go through assessments and create strategies to be "sustainable".

As part of its campaign to make it easier for the developers and business, the Labor Government initiated discussions with the Federal Government to try to simplify the implementation of the Environment Protection and Biodiversity Conservation Act, which the developers were screaming about, because listed species and communities would constrain their development options. They agreed in 2009 to undertake a ‘Strategic Assessment’ under the EPBC Act.

Two large areas with some good grassland components were set aside to the west of Melbourne to receive offsets from the areas to be destroyed within the extended urban area. A smaller area of grassy woodland to the south-east of Whittlesea is also to be reserved for woodland offsets.

The Biodiversity Conservation Strategy lists and analyses EPBC-listed species but has not investigated other threatened species, not even those listed under the Victorian Flora and Fauna Guarantee Act.

It's assumed that by providing environmental "offsets", the fauna and biodiversity will simply comply, and be constrained into convenient "conservation" areas. The damaging Edge Effect is ignored, along with biodiversity corridors.

Nearby Nature only a Distant Dream of 28 Nov 2011 at http://www.iffa.org.au/nearby-nature-only-distant-dream

This remarkable achievement will be because areas of "protected woodlands" will be surrounded by roads and urban developments, impacting on their integrity and wildlife.

This sounds promising, but just how "protected" will the protected grasslands remain? With Melbourne's population obesity being considered as inevitable and something the government is forced to manage- rather that actually creating population targets.

"The Victorian Government will put in place management plans and conservation strategies. Buffer areas will be established near waterways, and development designs will have to be water sensitive and protect native vegetation" Just how are wildlife such as frogs and threatened bandicoots etc expected to be confined to "buffer" areas instead of being free-range wildlife? They can't read signs, they will be trampled on and killed by all the threats of urban sprawl and traffic.

"The program has been designed for the long term. It puts in place clear and robust measures to ensure it not only meets the needs and priorities of both the Australian and Victorian governments, but also that development into the future is carried out sustainably".

As long as the non-meaning word "sustainable" is used, any contrary arguments are simply squashed. Both parties have agreed that the "long term" will include rampant population growth for Victoria.

The FFG Act offers no comfort for biodiversity either.
"The Biodiversity Conservation Strategy (BCS) replaces the requirement to protect native vegetation and threatened species habitat during the planning of precincts resulting from the prescriptions and the Native Vegetation Management Framework".

So, if the policies are water-tight and too restrictive, governments simply change them and make them more "streamlined" and flexible. It amounts to moving the goal-posts to allow developments over wildlife habitats and native vegetation. .

"Instead, the BCS applies these requirements strategically at a growth area level to identify all land that requires protection. The BCS protects this land by classifying them as Conservation Areas".

The FFG Act actually guarantees nothing! It's all just spin. The proposed strategic assessment and growth corridor plans will essentially lock in proposed growth plans, without an further ecological assessment, for decades. This is a sweetheart deal for property developers. Conservation laws at a state level have not been considered, for example the Flora and Fauna Guarantee Act.