Melbourne Zoo's baby elephant has been blessed by Buddhist monks after Victorians voted to name her "Mali", the Thai word for the jasmine flower. 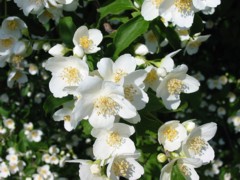 The elephant is a national symbol for Thailand and the animals are usually named after local flowers. The elephant herd originally came from Thailand, and records say that 94% of Thais are Buddhists.

Sadly, there is no animal "Christening" or official Blessing ceremony in the Christian church.

There is little or no agenda in the church to recognize non-human creatures, despite their worshipping of God of All Creation.

Buddhists advocate vegetarianism because it is about "mercy", and because they Karma tells them that we must eventually all suffer the consequences of evil actions. Not all Buddhists are vegetarian and the Buddha does not seem to have issued an overall prohibition on meat-eating.

The church has endorsed the idea that animals value in the created order according to their benefits for us humans. Creation has been viewed primarily as a utilitarian object, as something to be valued according to its use by human beings. This devaluation of animal life has led to the extinction of whole species and to unnecessary cruelty to animals.

Buddhism
Animals have always been regarded in Buddhist thought as sentient beings, different in their intellectual ability than humans but no less capable of feeling suffering. The Buddha expounded that sentient beings currently living in the animal realm have been our mothers, brothers, sisters, fathers, children, friends in past rebirths. We may not share this belief, but is levels all life to Earth's Creatures, and gives us humans a commonality, a communion of shared suffering and shared life.

Herding cultures
The Judaic and Christian religions are based on a history of herding animals and their numbers being a status symbol of power and wealth. Animals are "owned", considered resources and as property, not sentient creatures with intrinsic value and rights. Animals are thus not encompassed in the circle of Christian compassion and mercy. The duty of humans to care for Creation, and take dominion, has virtually meant ignoring the great responsibilities that come with this privilege.

Secularism
In a secular, purely scientific system, all species' worth is measured just by their success in adapting to and surviving in whatever environment they find themselves. This is the ultimate in self-centered, selfish system. A Creator that has his hands on the planet's great design, and ecosystems that support even the smallest sparrow, is surely especially proud of the birth of the more intelligent and magnificent of species - such as whales and elephants?

Maybe it is time some church leaders came out of their cultural enclaves and started to preach about humility, the one-ness of Creation and have a voice for all God's creatures?

The birth of a baby elephant should be celebrated as a new individual of great cultural and social value. However, elephants should not be kept confined in zoos for human entertainment. The people should be in the cages to view wildlife in their natural surrounding, or on viewing platforms.