The monthly council meeting in February 2010 was one of the worst bullying sessions of our only Green councillor, Cr Milne I have so far witnessed. Cr Holdom moved that a limit of 5 questions, 3 minutes each for councillors. This motion arose due to the extreme meticulousness of Cr Milne in researching issues pertaining to environmental protection that some other 'green platform' councillors don't appear to take so seriously, making meetings longer than they wish.

Why the kowtowing to developers? Cr van Lieshout said in a meeting some months ago “We must remember that the developers are our clients.” Cr Milne's relentless pursuit of sustainability in development would impose a financial burden on developers - so said Cr Skinner who pointed out this might aggravate developers.

How quickly the council forgets Cr Milne got the most votes in the history of Tweed elections. Cr Longland would not have even gotten in if not for her preferencial votes. Council should be following her lead, not be treating her in a patronising and disrespectful way. She is the one who is doing the wishes of the majority of Tweed residents.

I thought that one councillor was especially rude to Cr Milne and I could not help thinking of how low that councillor's vote had been in comparison to hers and wondered if he was a tad jealous.

Cr Milne's motion some months ago to request the State government to reclaim Kings Forest and Cobaki Lakes as a nature reserve instead of allowing them to be developed into mini cities would have been the best move for the 450 species there, over 30 of which are endangered. Yet not a single councillor seconded it. As a result our population is set to double with 80,000 more people in the near future. There is barely enough infrastructure (water, hospitals, schools, police, roads, nursing homes etc) to cope with the number of people here now let alone twice as many and with state coffers empty what chance in the forseeable future of such needs being met? 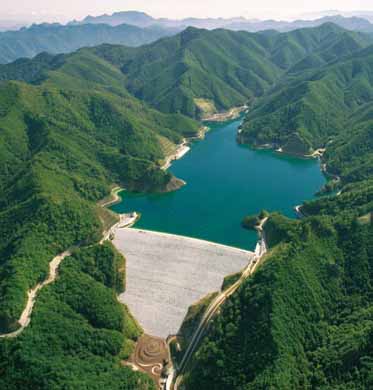 So now Tweed Shire Council has Byrrill Creek Dam as one of four water management options to service the people living at these new developments. This area has the most riparian conservation status, more platypus and is the most pristine creek in the Tweed with koala colonies, 15 endangered species, wildlife corridors and backs onto World Heritage national parks. A dam would destroy this area forever and for what? The average lifespan of a dam is only 50 years and the cost to taxpayers around $58 million.

Why not follow the lead of Singapore (and other countries), one of the most densely populated cities in Asia, who went from buying almost all of their water from Malaysia back in the '70s and in the last 9 years have been using a combination of recycled, storm/rainwater (pumped into reservoirs) and desalinated water. As a result they now produce 60% of their own water and only import 40% of their water and in a year or two will be totally self-sufficient. Wouldn't Tweed council be wiser to consider these options? (See http://www.abc.net.au/rn/rearvision/stories/2010/2813056.htm#t ).

The U.N. declared 2010 as the Year of Biodiversity as species loss every day is between 100-1000 times faster than before. The number one cause of species extinction is habitat loss, especially freshwater ecosystems. There is no requirement on dam owners to account for species at risk after the dam is built. Tragically, many world governments are planning big, destructive dams in biodiversity hotspots.

What kind of future is this for our kids? Clearly Tweed Councillors are not thinking of a sustainable future, just endless growth. That's what happens when you serve developers and not the people.

More examples of the 'Good Old Boy Network' in action:-

* Councillors voted to restrict debate to three minutes and the number of questions to five.

* They refused to include in the general manager's submission to the rally review any issues on environment, social, indigenous or economic matters.

* They cancelled the workshop for 'Positive Development' which is the latest theory in sustainable urban design (Ed:even though Cr Milne offered to pay the $1,000 fee herself)

* They refused to allow questions about infrastructure costs and traffic issues around Cobaki Lakes and Kings Forest mini cities.

* They did request a review of sustainability and other factors on the above two proposed estates from the state government but this only lasted till the dinner break when a recission motion was lodged.

* Mayor Polglase did not declare any conflict of interest in these developments even though the developer of these sites had donated $80,000 to fund the Balance Team Campaign of which he was a part (Ed:during the last sacked council reign).

* Councillors refused to request the council-funded Economic Development Corporation to provide a greater focus on sustainability.

* Councillors refused to fine the developer of Banora Point Caravan Park for numerous works carried out that needed retrospective approvals.

* They also refused to order the developer of Lot 156, Hastings Point to remove fencing that had been reported by residents as a public safety and flood hazard.

* Lastly, they refused to allow questions on the concreting of the natural waterway at Ozone Street, Chinderah.

The tweed council treat her like an idiot because she is an idiot. All greens are idiots,well intentioned and good hearted maybe but idiots just the same,red communist socialist idiots who will one day grow up hopefully. Editorial comment: Even if the the poster concedes that Greens are 'good hearted' this comment remains insulting and adds nothing tto he discussion. In future, such comments will not be posted. Critical comments are still encouraged, as long as they add to the discussion.