Your Parliament won’t allow 39 members, who support Julian Assange, to speak - Why?

Next week, both the House and the Senate are sitting. We must demand that, this time, its gag on discussion about Julian Assange be lifted. The following article has been adapted from the attached PDF file for a double-sided A5 leaflet, which I handed out in the early evening of last Friday 25 November at our weekly vigil for Julian Assange outside of Melbourne's Flinders Street Station: There are 39 members of Parliament who want Anthony Albanese to use the powers vested in him as Prime Minister of Australia to make the British government end the illegal imprisonment and torture of Julian Assange and allow him to return to Australia to be with his wife, Stella, and their two children, but they have been prevented from arguing this to Parliament for more than two years.

Almost 12 months ago on 2 December 2021, Tasmanian independent MP Andrew Wilkie attempted to move a motion in support of Jullian Assange (see below), but his procedural motion to suspend standing orders was lost. No-one who voted against the procedural motion gave Andrew Wilkie or the people of Australia the courtesy of an explanation as to why they were opposed to Wilkie’s motion being put. Apparently they just followed orders to vote to gag Andrew Wilkie and others who supported Julian Assange. 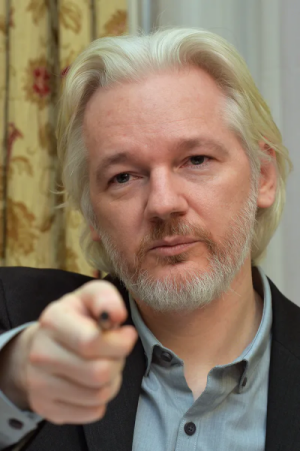 In the last 12 months since that day, on 35 sitting days for the House of Representatives and 28 for the Senate – as Julian Assange remained illegally locked away in solitary confinement for more than 23 days, and as many across the world were crying out for his freedom - the subject of Julian Assange has been mentioned in passing, in contexts unrelated to his welfare, on eight occasions without any Government response.

At next week’s sitting: demand your Parliament lift the gag on discussion of Julian Assange

Next week,the House will be sitting for four days and the Senate will be sitting for five days. The people of Australia must tell their representatives that they expect them to finally allow parliamentary discussion of the terrible plight of the world’s most well-known political prisoner – and an Australian – Julian Assange. The 39 members of the Bring Julian Assange Home Parliamentary Support Group must be contacted and urged, next week, in both houses to put the necessary procedural motion to allow the following motion that Andrew Wilkie tried to put last year, or an updated adaptation of it, to be put:

(a) Walkley Award winning Australian journalist, Mr Julian Assange, remains incarcerated in HMP Belmarsh in the United Kingdom, despite a British Court earlier this year finding that Mr Assange could not be extradited to the United States of America for health reasons;

(b) the US continues to pursue Mr Assange and has recently been back in court in the UK appealing the earlier decision to refuse the extradition;

(c) the reason for the US's determination to extradite Mr Assange is limited to Wikileaks' exposes in 2010 and 2011 of US war crimes and other misconduct in Iraq and Afghanistan, and in Guantanamo Bay, including the release of the 'Collateral Murder' video in which a US helicopter in Iraq gunned down innocent civilians including journalists;

(d) recent revelations in the media show the Central Intelligence Agency developed plans to abduct and assassinate Mr Assange; and

(e) the continuing incarceration of Mr Assange, and any extradition to the US, would not only be a grave injustice but a severe threat to his health and life; and

(2) calls on the Prime Minister to:

(a) speak directly with his counterparts in the US and UK to bring an end to this madness, including the US dropping all charges against Mr Assange and the UK allowing his immediate release; and

(b) commit to not allow the extradition of Mr Assange to the US from Australia.

The world would then know, firstly, that in the national Parliament of the country of which Julian Assange is a citizen, there are members who support Julian Assange. They would also be made aware that the Government of this country, which could make the British government end its illegal imprisonment today, if it chose to, fears scrutiny by Parliament of its shameful conduct.

I demand that my country represents my view and that of the thousands of other Australians who believe that Julian Assange should be home by Christmas, rescued by the Australian government as an Australian citizen being persecuted by an illegal and dangerously threatening process. Anyone standing in the way of such actions is threatening our democracy, Sincerely, Trish Walsh

I Posted the following beneath Lethal US Hypocrisy on Press Freedom (25/11/22) | Consortium Newsby Caitlin Johnstone:

I believe that it is most urgent that every one of us who supports Julian Assange contact those 39 members (or 41 including Anthony Albanese and Barnaby Joyce) of "The Bring Julian Assange Home Parliamentary Support Group" (hxxps://www.assangecampaign.org.au/bring-julian-home-campaign/ - 'htxxs://' because correctly-formated URLs with 'https://' are disallowed there as they are on many sites) and urge them to try, once more, to have a motion, similar to what Andrew Wilkie tried unsuccessfully, 12 months ago on 2 December 2021, put to Parliament. This time, should the necessary procedural motion be defeated, then a division should be called, so, that at least we can find out the names of those MPs and Senators who are both happy to allow the illegal imprisonment and torture of Julian Assange to continue and who are opposed to those who have opinions, which differs from theirs, from being being put to Parliament.

For more information, please see my article “Your Parliament won’t allow 39 members, who support Julian Assange, to speak – Why?” (27/11/22) at hxxps://candobetter.net/james-sinnamon/blog/6511/your-parliament-wont-allow-39-members-who-support-julian-assange-speak-why (this page).

Just now, I had a telephone conversation concerning Julian Assange with a Canberra staff member of Queensland One Nation Senator Malcolm Roberts. I 'phoned Senator Roberts, because of all the 7 automatically-generated replies I have received so far, in the last two days, from members of the Bring Julian Assange Home Parliamentary Support Group, in response to my e-mails, his seemed to be the most promising.

Roberts' reply pointed to his web-site malcolmrobertsqld.com.au. A search showed that this site included 2 articles about Julian Assange Julian Assange Update dated 12 August 2022 and Labor Government must do even more to get Australian citizen Julian Assange home than they did to keep the Bilo family in Australia dated 21 June 2022. The most recent article had 20 comments in response.

Whilst at first Senator Roberts' staff member welcomed my phone call and expressed compassion and concern for the terrible plight of Julian Assange, he discourteously hung up the phone after 11 minutes.

From what the staff member said, he seemed to be implying that, if my suggested motion to suspend standing orders, in order to allow a motion in support of Julian Assange to be put, was lost, then even just calling for a division of the House was not allowed. I attempted, several times to confirm whether or not that that was the case, but each time got interrupted. He hung up on me after 11 minutes.

In spite of the obfuscation by Roberts' staff member, it seems to me that members and senators are allowed to call for a division should any motion they put, procedural or otherwise, be defeated. That should have been done 12 months ago on 2 December 2021 when Andrew Wilkie's foreshadowed motion was disallowed and it could be done this week in Parliament. Then we would learn the names of those MPs who support free speech in Parliament and the names of those who use their votes to suppress free speech.

It is now unclear to me whether Senator Malcolm Roberts is part of the solution or part of the problem.