The plan to flood Europe with migrants - UN 2000 report

“To wish to maintain the same number of persons as the post-war 15-64 age bracket in the total population would be to impose the consequences of a never-ending baby-boom. The hypothesis is absurd and leads to [absurd] immigration rates.” (Henri Leridon, Senior researcher at the French National Institute for Demographic Studies (INED).) This article is based on an article which appeared in Population & Sociétés, No. 358, Juin 2000, in response to an article on the front page of Le Monde, which expressed mirthful amazement at a United Nations paper that proposed replacement migration for Europe and other countries. I am republishing this article because it seems that this folly of proposed population engineering may actually be behind the mass immigration currently causing havoc in Europe. [Article renamed from "Warning on folly of trying to increase and maintain a country’s youthful cohort by mass immigration," on 26 Aug 2018.]Similar policies are currently contentious in Australia, Canada and America. 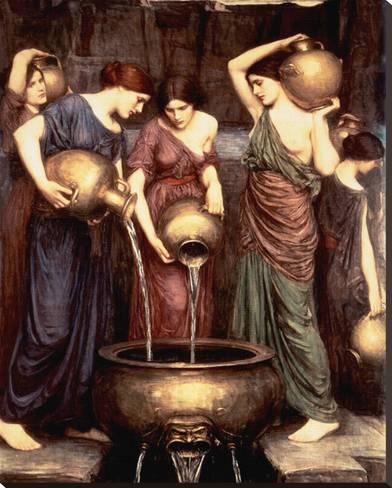 In January 2000 an article issuing from the New York quarters of the United Nations received wide international coverage, particularly in the anglophone media. It canvassed a quite extraordinarily high immigration "solution" to Europe’s aging population. Mr Joseph Chamie, Director, Population Division, United Nations, New York, was the spokesman for the press release, “Replacement Migration: Is it a Solution to declining and Ageing Populations,” 6 January, 2000 and for the final report, released on 22 March.

Writing for the INED (1) monthly bulletin, Population & Sociétés, demographer, Henri Leridon described the United Nations (2) work on replacement immigration as a project akin to trying to fill the mythical bottomless well of the Danaïdes. (3) We should remember that INED is the primary public institution on demographic policy in France, and world famous.

What the United Nations study tried to do

The UN study envisaged three different scenarios. The first aimed to maintain the population of Europe at its highest level. Leridon notes the great difference between the 1998 projections for France, which were for 7,000 net immigration in 1998, and the actual net immigration for that year, which was 30,000, and the UN’s suggested immigration, which was for 300,000 per annum from 1995.

The second scenario aimed at maintaining the level of the population of working age. Leridon comments that this scenario required even higher rates of immigration : 1.4 million per annum for the European Union and 100,000 per annum in France.

The third scenario aimed at maintaining the active to dependent population ratios. Leridon describes the numbers involved in the UN projections as “frankly extravagant”. They involve 12.7 million immigrants per annum in Europe, amounting to a total of 700 million from 2000 to 2050, “for an initial population of 372 million inhabitants; 1.7 million per annum in France, that is to say, 94 million in 55 years – one and a half times the initial population...”.

Leridon goes on to make a number of interesting points. He asks, “Is it realistic to want to maintain global population numbers through the use of immigration?”

He says the first scenario (maintenance of the highest level of total population) depends upon a regularly increasing life expectancy, and fertility stabilizing at less than two children per woman. Taking the case of a country where the rate is 1.7 children per woman, with a life expectancy of 81 years, a stable regime – meaning one where the rates of mortality and fertility are thus defined, without immigration – would have a rate of growth of - 0.66 per annum. A net immigration rate equal to the natural rate of growth would therefore be necessary to reach zero growth rate. He adds that, due to the baby-boom, the rate of natural attrition will be much less than 0.66% anyway over the next one or two decades. This means that the amount of immigration required by the exercise to compensate it would be relatively easy to achieve over that time: According to his calculations, neither France nor Great Britain would need a single immigrant before 2025 in France, Great Britain or the United States.

He says it is easy to attain the objective of the second scenario, which is to maintain the number of persons aged between 15 and 64 years. He says that the study of stable populations shows that the structure by age differs much more in the proportions of young and old than in the proportions of persons of average age, when the rate of growth is varied. But, he adds, we must emphasise here that the initial structures we are dealing with were not stable. In most countries the age pyramid has been strongly affected by the baby-boom. The numerous cohort of the generations born between 1945 and 1965 are currently in the group between 15 and 64 years of age. But to wish to maintain that number of persons in that age bracket in the total population would be to impose the consequences of a never-ending baby-boom. “The hypothesis is absurd and leads to immigration rates much higher than those of the first objective.”

“But,” he continues, “This is nothing compared to the last scenario. To want to maintain at all costs the ratio of [aged to youth] is truly to try and fill the Danaïdes well [which had many holes]. For France this would require [increasing numbers of immigrants each year] beginning at about 800,000 now, growing to two million per annum towards 2020, and three million in 2050. In total, between now and 2050, something like ... 100 million immigrants!”

He goes on: “As for poor South Korea, which is included in these projections for reasons that remain a mystery, South Korea would have to take in more than five billion immigrants over the period, and the population density there would exceed 62,000 inhabitants per square kilometer in 2050.”

He notes that the UN projections rely on immigrants immediately adopting the fertility rates of the host country, “thus constantly renewing the infernal spiral”, since the [assumed] level of fertility retained will never allow any of the objectives to be reached. “The process that is proposed to us in this scenario is thus automatically maintained: there could be no end unless the populations of the countries from which the immigrants came were to run out, which would [still] not be enough to fill the bottomless well the United Nations experts have dug.”

His judgement? That the United Nations study actually proves that immigration cannot prevent demographic aging. And he cites the literature review at the end of the UN report, p.11, “Firstly, immigration flows will not be able to stop population declines in the future and will not make the structure of the population younger in the future, except in the case of relatively high immigration. Secondly, international migration can only partially mitigate the effects of aging that come with below replacement fertility.” He comments that “The UN study could have stopped there instead of proceeding with calculations of which the uselessness was manifest.”(4)

(My own comment is that we can only wonder at what the real object of this internationally funded frolic in demographic modeling was. It creates suspicion that the US is driving UN policy and that US policy in these matters is ideologically driven, not scientifically driven.)

Leridon makes some very interesting concluding remarks. He observes that, since every country in the world will be confronted with an aging population in the years to come, it is not clear why the United Nations have limited their study to just a few of them. “All the other [countries] that are supposed to serve as “reservoirs” of migrants will also have to worry about the aging of their populations. Where will they go to find the immigrants necessary for the maintenance of the ratios recommended by the [UN] Population Division? I leave the question open ...”

(1) INED is the national institute for demographic studies in France. Its full name is l' Institut National des Études Démographiques.

(2) In January 2000 an article issuing from the New York quarters of the United Nations received wide international coverage, particularly in the anglophone media. It canvassed a quite extraordinarily high immigration "solution" to Europe’s aging population. Mr Joseph Chamie, Director, Population Division, United Nations, New York, NY, 10017,tel: (212) 9633179, Fax. 212 963 2147, was the spokesman for the press release, “Replacement Migration: Is it a Solution to declining and Ageing Populations”, 6 January, 2000 and for the final report, released on 22 March.

(3) Henri Leridon, “Vieillissement démographique et migrations: quand les Nations unies veulent remplir le tonneau des Danaïdes...”, Population & Sociétés, No. 358, Juin 2000. The myth of the Danaïdes is slightly different in English and French. Both languages relate the beginning similarly: The Danaïdes were sisters who committed the crime of killing their husbands on their wedding nights. For this they were condemned to the impossible and endless task of - in the French version – filling a bottomless container, or – in the English version – of emptying a bottomless well using sieves.

(4) I have translated from a French translation of the UN report, cited in the article.

*About the author: S.M. Newman is an Environmental Sociology researcher who graduated from Swinburne Univ of Science and Technology in Hawthorne, Melbourne, Australia. The Growth Lobby in Australia and its Absence in France. Her thesis was on the relationship between different land planning development and housing systems and demographic policy in France and Australia and, by analogy, in Western Europe and the English Speaking Settler States. She has since written two books on the subject. There are Demography Territory Law: The rules of animal and human populations, and Demography Territory Law 2: Land-tenure and the origins of capitalism in Britain, both published by Countershock Press and available on amazon.com or Lulu.com.

This was posted in response to the story Iranian Foreign Minister Javad Zarif’s Declaration on Trump Sanctions (MUST SEE!) (6/22/28) | The Saker :

I admire Iran for its resolute defiance of the United States' Empire. Since 1945, the US has, overtly or covertly, meddled in a vast number of countries causing many thousands of deaths in most and a total death toll in the millions. Countries the US has directly meddled in include Korea, Vietnam, Indonesia, Iran, most infamously in 1953, and Saddam Hussein's war against Iraq from 1980 until 1988. Much of Latin America has also sufferred the rule of bloody militay juntas, installed with the help of the CIA. Nicaragua, Guatemala and El Salvador have suffered bloody wars at the hands of the United States' local vassals

However, the otherwise informative Iranian PressTV (https://presstv.com or htttps://presstv.ir) now, perversely, sides with those forces now trying to meddle in the internal affairs of the United States!

Currently International forces largely guided by billionaire George Soros are attempting to overturn the immigration laws of the United States, as well as those of the European states. Nearly all of the coverage of this ongoing crisis by PressTV takes the supposed high moral ground of supporting the right of any person from Latin America or anywhere else in the world to seek a better life in the United States without regard to how this will affect existing United States' residents, particularly those who are unemployed or with low-skilled jobs.

PressTV's coverage fails to point out that the same criminal US elites, who have caused wars in recent years against Libya, Syria, Iraq Afghanistan and Yemen, also support the illegal immigration of cheap house maids and low-wage workers into the United States.

The Venezuelan Telesur TV (https://www.telesurenglish.net/) also takes this supposed high moral ground. This 'reporting' by the otherwise informative Telesur canonly make it much harder for ordinary US citizens to understand that they should oppose attempts by the US government to again interfere in countries like Venezuela and Nicaragua.