Last night I stayed home and watched as the election results revealed themselves on the television. Quite early in the evening they showed various venues with mature people dressed up in emblematic red t-shirts looking triumphant and trustingly happy. The meaning of this was that the Victorian Labor Government has been returned to power with an increased majority to govern for the next four years.

The fact that this came about was not a surprise to me, as a regular watcher of the TV news and current affairs. From a personal point of view, the leader of the Liberal opposition, Matthew Guy, comes across as a slightly anxious, scolding headmaster, in contrast to the studied relaxed style (that I now see as somewhat sinister) of the Labor leader, Daniel Andrews. Dan has a sort of affable nerdy, appearance, one lazy eye peering through conservative spectacles, an un- athletic stoop and a very measured, reassuring, quiet manner of speaking.

So Labor have a mandate to govern for the next four years against a depleted opposition. 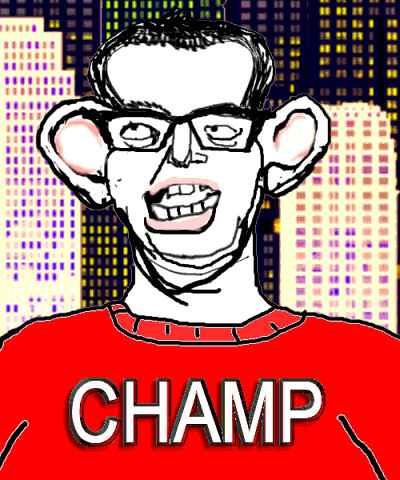 Does this really matter? Is the red team all that different from the blue team? It seems to me that both red and blue, if in government, must be totally preoccupied with projects related to the expansion of the population. The difference between the two teams is only around the edges. They both have to deal with massive population growth and, it seems to me, can therefore do very little, if anything, to to improve the quality of life for the people of Victoria. The Coalition had planned to sell off (lease for 50 years) the sewerage system, which to me would be a disastrous move! We can possibly survive without electricity and gas but we cannot survive without the sewerage system. I would not trust it to the private sector!

With another 4 years of Labor, those of us in the middle suburbs of Melbourne will see massive changes to out local environments, as councils are forced to pack more and more people into them. Many developments will occur without warning. You will wake up one day and the bulldozers will be tearing down the house next door to be replaced with a multi-storey dwelling. That is our new reality, not overtly celebrated last night. Had the blue team won , the extra population may have been funneled into the larger regional cities, sparing the established suburbs and allowing their inhabitants to live in relative peace.

Under red or blue the natural environment will be pulled apart. A new concept of nature will be installed, involving tamed grassy areas and cycle paths. It will be a battle to keep our foreshore vegetation as councils will be won over by residents wanting a "sea view" that they never paid for in the first place. Agricultural areas will be built over with poorly conceived, tightly packed, banal housing in many series of cul-de-sacs. Land-owners will make a killing as their land is cannibalised for development. Wildlife, especially kangaroos on Melbourne's periphery, will progressively be boxed in by new roads and housing. With nowhere else to go, they will die a slow death of starvation and road slaughter. In our inner and middle suburbs most gardens will disappear and with them will our birds, insects and possums. As more and more major constructions with fence to fence cavernous excavations appear with concomitant loss of trees, the underground water routes will be disrupted and seemingly distant trees will wilt and die due to interrupted water supply.

So that is what we have to look forward to. I'm afraid I just don't get all that happy, confident red t-shirt clad celebration. If only I could be a "true believer" !

But maybe there is some hope in store!

At the time of writing with 40% of the vote counted it looks possible that a candidate for the Sustainable Australia Party (SAP)
will win a seat in the Victorian Upper House. If this happens it will be an historic election - the first SAP candidate to represent the people’s interests in an Australian parliament. It was interesting watching the Election commentary last night and seeing the scoreboard with the SAP candidates’ names but a seeming determination not to mention either the name of the party or the name of the candidates. No-one in viewing land would know what SAP stands for. Commentator Anthony Green had no hesitation in referring in full to the other minor party, The Animal Justice Party, however..

On Saturday night, I had to sit through the nauseating spectacle of watching, on ABC television, so many Labor Party apparatchiks and their underlings congratulating themselves for their massive election victory.

On Saturday, in the voting booth, I again put the Liberals last on my voting form, as I have always done, but almost immediately regretted having done so. Still, I naively looked forward to seeing the Andrews government get deservedly trounced on the ABC television voting count coverage that night. Even if, as Sally has shown, the Victorian Liberals are no better than Labor, I think the rejection of the Andrews government would have been preferable to what occurred.

Instead, that night Daniel Andrews was rewarded for policies which can only lead to greater traffic congestion, increased housing costs, the degradation of our natural envIronment and the continuing decline in our quality of life.

So, thank you, Sally for explaining to me what this election outcome actually meant.

For the time being, the true effects of these policies are being masked by apparent economic prosperity for the many Victorians who are now employed in housing construction and in the construction and management of all the additional infrastructure necessary to cope with population growth. However, none of the 'products' of this economic activity - housing, high rises, tollways, railway and bus infrastructure - can be exported. Unless they are all built only from components made within Australia, all of these 'products' will only add to Australia's current account deficit.

Crispin Hull has written a perceptive article about too high immigration and the Scanlon Foundation's immigration propaganda:

A SURVEY on immigration published this week seems to fly in the face of all other indications showing that more Australians are objecting to high immigration.

This week’s survey reports that 52 per cent of respondents think Australia’s immigration intake is about right or too low. That seems to run counter to other polls and broader political concern that immigration is too high, including Prime Minister Scott Morrison saying that he had heard “loud and clear” that “Australians in our biggest cities are concerned about population. Read more/