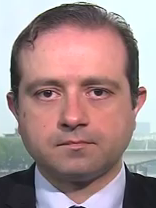 That the war in Syria is no more than an attempt by the United States, Israel, the Arab dictatorships including Saudi Arabia and Qatar, and their European allies to conquer and subjugate the Syrian people has even been acknowleged by NATO, which in June admitted that Syrian President Bashar al-Assad enjoys the support of 70% of the Syrian people.

In the embedded interview Oksana Boyko and her guest Ammar Waqqaf presume that their viewing audience do not need to be convinced of this. The interview, instead, focuses on how Syria, led by President Bashar al-Assad, after the crushing of his terrorist enemies, will relate to the rulers of the surrounding countries all led by sworn enemies of Bashar al-Assad, who have staked their reputations on ousting him. This discussion between two people, who are not even native English speakers, is the most informative and insightful I can recall ever having seen.

Editorial content: The only long term solution that could hope to bring stability and prosperity to the entire region would have to be a reverse of the "regime change" that the surrounding dictatorships are attempting to impose upon Syria, that is, "regime change" by popular revolt from below. 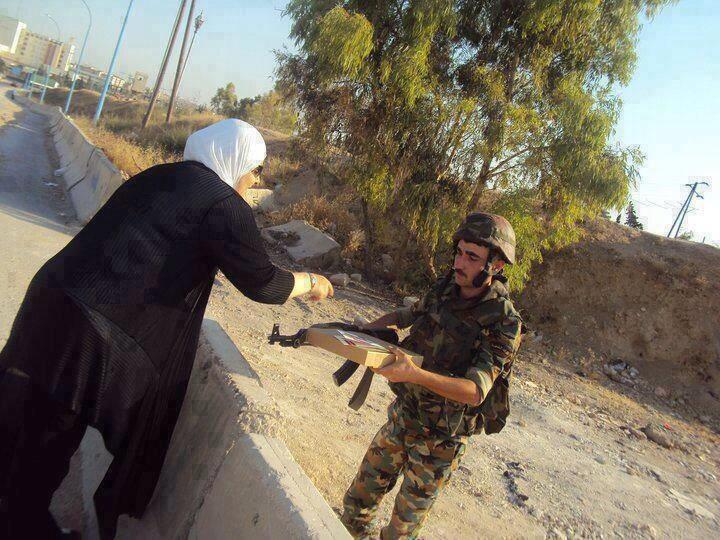 Embedded below is an interview of Irish MP Clare Daly by Oksana Boyko, presenter of the bi-weekly Worlds Apart program on Russia Today. Clare Daly has used her profile as a member of the Irish Parliament to expose the criminal complicity of the Irish government with the United States in its supply of of weapons to the terrorist killers who have been fighting against the Syrian people and their government for the last two years. According to one estimate over 93,000 people have died as a result. As tragic as this loss is, it is only a small fraction of the death and destruction suffered by the people of neighbouring Iraq, who, according to one estimate, have suffered the loss of as many as 3.3 million lives as the result of illegal wars and sanctions imposed on Iraq since 1990 as the result of fraudulent pretexts such as the "incubator babies" lie and the Iraqi WMDs fraud.

The bravery and skill of the soldiers of the Syrian Arab National Army as well as the outspokenness of Clare Daly and other international opponents of war crimes have so far prevented the tragedy of Syria from becoming much worse.

The current Prime Minister, who recently ousted Australia's first woman Prime Minister Julia Gillard in a coup orchestrated by the Fairfax newsmedia, played a sinister role in fanning the flames of war against Libya in early 2011. As Australian Foreign minister, he took the extraordinary step of publicly advocating the so-called "no-fly zone" which was used by the United States and its NATO allies as a pretext to deprive the Libyan government of an air force to defend itself and its people against terrorists, aerial bombardment and ground invasion.

Every soldier is a general after the battle, but it seems we never learn the lessons of war. To discuss the elusive nature of peace, flourishing weapons proliferation and the Syrian conflict, Oksana is joined by Ambassador Fred Tanner, the Director of the Geneva Centre for Security Policy.