There Is No "Green" Energy 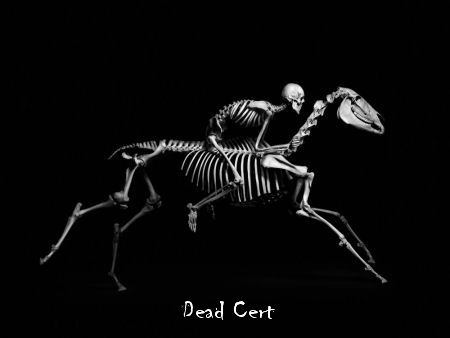 There is no embed function for the following film, but it is very worth looking at:

What have we done?

What’s going to happen to us?

- Ocean acidification doubles by 2050.
- Ocean acidification triples by 2100.
- We are on track in just 13 years to lock in a near term 6°C earth temp rise.
- Mass Extinction will become unstoppable and irreversible in 40 years.
- Permian mass extinction of 95% of life took 60,000 years 250 million years ago.
- Dinosaurs mass extinction took 33,000 years after asteroid impact.
- Anthropogenic mass extinction will take 300 years max.
- This mass extinction is 100x faster than anything before us.
- Antarctic meltdown now irreversible and unstoppable.
- Arctic methane burst is irreversible and unstoppable within current system.
- It takes 10 times as much rated “green” energy to displace 1 unit of fossil energy.
- Efficiency and conservation only causes more growth within our current system.
World Bank says we have 5-10 years before we all fight for food and water.

What we are doing right now!

WHY THERE IS NO GREEN ENERGY

Search for “rare earth mining in China” on YouTube and see what special hell your solar panels and wind turbines produce in Mongolia. China can do this because they have undercut all the world’s production of Rare Earth Elements (REEs) with low wages, low currency and no environmental enforcement. They can do this because they ignore the radioactive thorium that comes with mining high-value, heavy rare earth elements. Rare earth elements can’t profitably be mined outside of China without using radioactive thorium, the mining by-product found with heavy rare earth elements. We can’t afford to mine REEs while treating thorium as radioactive waste instead of as a profitable energy source. Burning thorium will pay for heavy REEs and provide the low-carbon base power “green” energy requires.

Graphite is used in all of our so-called “green” powered batteries and is mined in China emitting deadly fine air particles resulting in a lethal smog that washes down from the skies in an ash laden rain that covers crops and water. China recently shut down several graphite mines because of the pervasive smog. Graphene, a nano-material produced for batteries, is water soluble and can cut through human/animal cells. Both graphite dust and graphene are deadly to humans because of their small size. You don’t want to breathe this stuff.

Solar cell manufacturing produces 3 green house gases that are over 10,000 times worse than C02. They require all kinds of deadly liquid acids to manufacture. Solar panels lose efficiency at the rate of 1% per year lasting 20-25 years. The expensive inverters they require have to be replaced every 5 to 10 years up to 4 times over the life of the panel. The new thin cell panels use nano materials and are even more toxic with shorter lifespans. It doesn’t matter how “clean” the latest experimental solar panels are because existing manufacturing plants will stay open to recoup major investments. Manufacturing just five wind turbines produces 1 ton of radioactive residue and 75 tons of toxic, acidic water used to leach out the required neodymium. Wind turbines only work at 25% of their rated capacity 90% of the time. Over 2 million children died in the Congo for the conflict minerals green energy needs. Thousands of people die in Chinese mines every year for the minerals green energy needs. Prof. Jian Shuisheng of the Jiatong-University estimates the production of just 6 solar panels requires one ton of coal. Since green power is intermittent, it would take at least 10 times the rated amount of “green” energy to displace just one equivalent unit of 24/7 fossil energy because your so-called 100 Watt solar panel delivers zero Watts at night and batteries are heavy toxic $energy hogs. One company in the U.S. cut down 5 acres of trees to build a solar farm to power a plant for the production of plastic bags. Green power will not be enough. Part-time energy and billions of batteries adds up to death to all life on earth just from destructive ecological inertia.

Tim Garrett explains why in a three-part lecture:

- one dollar equals 10 milliwatts
- why we can’t decouple growth from emissions.
- why efficiency & conservation leads to more energy growth.

Did you know that the new $2 billion Ivanpah solar plant in the Mojave desert is a death ray that ignites birds in mid flight? When their bodies fall to the ground, they leave smoky trails in the sky called streamers. These birds are attracted to the bugs who are attracted to the shiny, pretty lights, just like us. It is estimated as many as 30,000 birds per year will die this way during huge migrations at just this one green power plant. Bigger solar plants of the same type are in the works including one near Joshua Tree, next to a wildlife sanctuary. During Ivanpah’s construction, up to 3,000 endangered desert tortoises suffered a temporary loss of legal protection and were allowed to be killed by heavy diesel equipment and materials. Thousands of slave workers die in China’s mines every single year to help produce the exotic minerals used in its construction. This is referred to as the “Green Economy”. If we changed the whole planet to green power, we would kill the earth we call home.

Civilization is slowly collapsing while the earth is quickly dying. My credentials? I cut grass in a trailer park in Canada.

Perhaps it is because the world has grown habituated to its unique set of "liquidity" problems, but California's record, and ongoing, drought has not been receiving much media coverage in the rest of the country in recent weeks. Perhaps it should be, because according to a report by CBS Sacramento, the Mountain Meadows reservoir also known as Walker Lake, a popular fishing hole just west of Susanville, ran dry literally overnight, killing thousands of fish and leaving residents looking for answers.

Ref: UEV-20151214-51249-USA Situation Update No. 1 On 2015-12-24 at 12:09:02 [UTC] Event: Non-categorized event Location: USA State of California Los Angeles County Situation A court ordered SoCal Gas Company to provide temporary housing for thousands of Porter Ranch, Los Angeles, residents made sick from fumes from a massive gas leak. An infrared camera captured the size of the gas plume that\'s been leaking for two months. The court order issued on Wednesday will come as a relief to more than 2,500 families in Porter Ranch, a northwest San Fernando Valley community, who have been waiting to be relocated by SoCal Gas since the leak began spewing methane into their homes and schools on October 23. As of Tuesday, the company had paid for temporary housing for more than 2,000 other households, according to the Los Angeles Times. There are 30,000 residents who live in Porter Ranch, an upscale bedroom community of gated developments where the average 4,000-square-foot home is sold for $1 million. Judge Emilie Elias directed the gas company to relocate the remaining residents within 24 to 72 hours. The court order follows a restraining order sought by the Los Angeles city attorney that would have required the company to relocate residents within 48 hours of their request, and called for a \"special master\" to oversee the moves. The gas company is having increasing difficulty finding alternative housing nearby, because most of the available hotel, motel rooms and rental homes have already been snapped up by relocated Porter Ranch families. The shortage is also sending home rental prices as high as $8,500 a month as landlords, who prefer leases of a year or longer, seek compensation for renting properties for much shorter terms than the three to four months SoCalGas said it needs to cap the damaged well.\r\n\r\nNew aerial footage of the leak was also released on Wednesday by the Environmental Defense Fund, which captured the intensity of the leak by infrared camera. The video footage shows a steady, thick plume pouring into the air over a densely packed residential area. It is hard to judge the width of the plume from the video, but EDF said it is pumping out 62 million cubic feet of methane into the atmosphere each day. Methane packs 80 times the 20-year warming power of carbon dioxide. "What you can\'t see is easy to ignore. That's why communities that suffer from pollution from oil and gas development are often dismissed by industry and regulators," said Earthworks spokesman Alan Septoff in a statement. "Making invisible pollution visible shows the world what people in Porter Ranch have been living with every day for months." Trouble began at SoCal gas' Aliso Canyon, a gas storage field, on October 23, when gas company employees noticed a leak out of the ground near a well called SS-25. Efforts to fix the leak were unsuccessful as gas billowed downhill into Porter Ranch, and customers a mile away began to complain about the smell. Since then, thousands of complaints of headaches, nausea and nosebleeds have been made to the South Coast Air Quality Management District. LA Weekly reported that the well was drilled in 1953 and was designed with a sub-surface safety valve 8,451 feet underground. That valve broke and was removed in 1979, but was never replaced. The company says it will take until March for them to drill a relief well to resolve the problem and cap the current well. "I hate seeing SoCalGas' pollution billowing over my home and community. Knowing this gas leak has been polluting us since October and won't stop until March, if then, makes it clear there's only one way to keep us healthy and safe now and in the future," said Matt Pakucko, president of Save Porter Ranch in a statement. "[California] Governor [Jerry] Brown needs to shut down the Aliso Canyon facility." The Los Angeles Times reported earlier this month that the LA city attorney sued SoCalGas, alleging that the utility failed to prevent the leak and then exacerbated \"the effects of that failure by allowing the acute odor and health problems faced by the community to persist for more than one month, to say nothing about the indefinite time it will persist into the future," according to court papers. Gas officials could be deposed in that case as soon as January 7, according to the city attorney. The city wants to determine the cause of the leak, the amount of gas released, and the effectiveness of the air infiltration systems being provided by the company, the newspaper reported. "Events of this size are rare, but major leakage across the oil and gas supply chain is not. There are plenty of mini-Aliso Canyons that add up to a big climate problem - not just in California, but across the country," said Tim O'Connor, director of Environmental Defense Fund\'s California Oil and Gas Program in a statement. "Regardless of what the future holds for the Aliso Canyon storage field, this is one reason why strong rules are needed to require that oil and gas companies closely monitor for and manage methane leaks." RSOE Emergency and Disaster Information Service (EDIS)