#A9F5F2;line-height:120%;">Melbourne University fell in ranking from 28 to 34, Australian National University from 37 to 48, Sydney University from 62 to 72, NSW University from 85 to 114 and Adelaide University has gone from the top 200 world rankings, according to The Times Higher Education World University Rankings Hardly surprising in the commercial environment that swamps the notion of knowledge and research and the vocational ideology that substitutes for higher education these days. 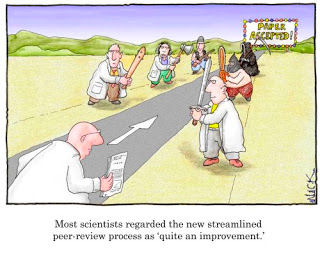 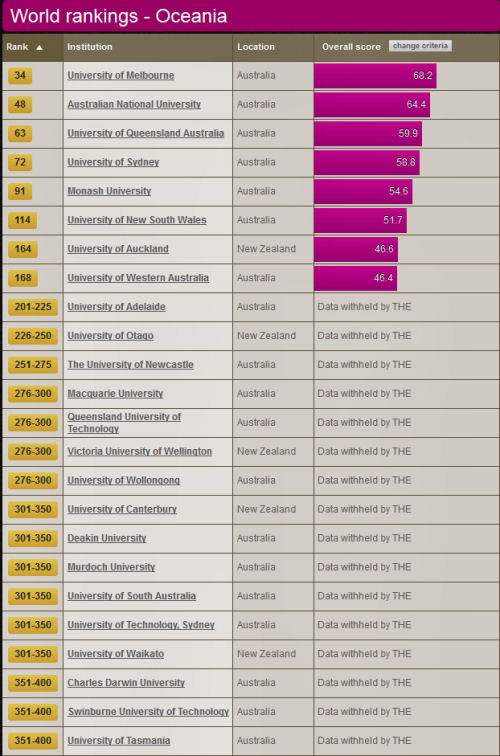 One should be aware, however, that the Times values are rather commercial, pro-globalisation, and overly respectful of professional peer-review, which has attracted its own criticism.[1]

Recently my father asked me to guess what the second most important export industry is in Australia. I failed to guess. He informed me that he had just learned that it was universities from the Insiders program on the ABC.

On reflection, I was not surprised. An 'export industry'; that is what our institutions of higher learning have become important for. It seems hardly worth saying that the commercialising of knowledge makes its corruption inevitable because everyone I know that has anything to do with higher education has been deploring what has been happening to higher education now for a couple of decades. Every year it gets worse.

We are selling a shonky brand called Australian education to the high bidders on the world market. The last time I was in a university the foreign students outnumbered the locals at about 98% to 2%. Although the lectures were conducted in English, it was clear from the accents and the anxious faces that English was not the first language and Australia was not the first home of most of the participants.

That was not the only thing that had changed from the days when Australian universities were principally for the higher education of Australians and we felt that we had ownership of them, as taxpayers.

Instead of the old laid-back lecture theatre style, the lectures in this commercialised 21st century course were multi-media to a ridiculous point. The lecturer did not just stand at the front and talk, he simultaneously delivered in powerpoint. As he spoke, the lecture and powerpoint were being filmed and recorded for upload to the course website. Students with passwords could download their lectures later. In fact, lectures were supposed to be uploaded a couple of days to a week in advance.

Coursework was assisted and, in many cases actually done by the lecturer/tutor.
The course was a graphic interface design course in the C# programming language (pronounced C Sharp) based on an incredibly expensive proprietary platform, which the university in question provided to the students at special student prices. There were continuous problems with versions and permissions. These problems meant that students were frequently prevented from studying, doing prac-work and completing assignments. So many were affected that the people running the course seemed to have decided to bring the students in and 'coach' them through one to one, which really meant doing their work with them and for them. Such was the rate of problems with the software that it had to be constantly and individually troubleshooted.

I was amazed to realise that an open-source platform - Java - very similar to this expensive and very poorly performing proprietary $4000 commercial software platform was available free on the internet. I also discovered that universities that taught information technology now tended to require students to use proprietary software, which they would once have built and designed themselves. Until recently, universities eschewed proprietary software as a matter of professional good judgement, wary of making their research and skill base vulnerable to restrictive commercial licencing. All proprietary software is based on free and open-source software, much of it developed in universities then bestowed to a world where it has since blossomed into a million new forms. It is only good sense to keep things that way. Anyone can use proprietary software, but only if they can afford it - which leaves out a few billion people. Whole countries now use free and/or open software for their public services and in schools. See, for instance, this list of linux using countries, which includes the US Department of Defense. The list does not include the Australian public service, schools, or universities, however. I have heard Australian children described at Linux meetings as among the worst prepared for computer engineering in the world.

Only the licensed few can analyse, develop and change proprietary software because the software is locked up by the owners. It is therefore pretty useless for anything except routine work. Why would universities lock their students into proprietary software? The only reason I can think of is that universities have become so profit- oriented that they accept information technology hardware and software packages that come with commercial incentives. That is, they receive money from proprietary software and hardware manufacturers to train students only on that brand. The upshot is that, in order to pursue info-tech careers, students are forced, once they graduate, to pay full price for these often very limited technologies. Furthermore, they are tied to working only with those brands. The brand that the university in question was working with used graphical interfaces [windows] rather than code, so the students were being taught in a special language that would give them little insight into the basic developer building blocks that are the free currency of the internet.

The above is just one example of how the profit motive has corrupted universities. It can be expanded to things like sociology and marketing, where 'research' that will make money attracts university support, making Australian universities corporate-friendly instead of democracy-friendly. See, for instance, The Australian Multicultural Foundation and the Institute for Global Movements in Scanlon Report underpins threat to Australian democracy. This is about the huge amount of resources directed into justifying and funding high immigration, despite its manifest unpopularity with the electorate.

Many Australian students can't compete financially with foreign students. It is hard to know why foreign students would pay so much to go to an Australian university when there are so many other universities in the world. One reason could be because of the immersion in English. Another reason is, of course, that the Australian state government lures high fee-paying students here with more or less covert promises of permanent migration and citizenship - a doorway to a second nationality and a 'first world' bolt-hole for wealthy internationals. We've also adopted the ridiculous North American practice of expecting people to work part-time and full-time while they do full-time and part-time courses.

Foreign students represent a large proportion of incoming migrants to Australia, both temporary and permanent. Along with other migrants, they are able to buy houses here. They are used and abused by commercial strategists to create part of the inflationary force that keeps housing unaffordable, along with universities, for Australians born here. Australian jobs are also affected, of course, because a large proportion of foreign students gain permission to work just by completing degrees here. Less well-known is that Australia imports foreign doctors and nurses who are then expected, not only to staff our hospitals, but often to study while they work in our universities. In the meantime Australian-born graduates cannot get positions in these hospitals. If you have recently worked as a nurse, you may have noticed that anyone with any status on a ward is probably also studying full or part time, even though they are working full-time. If these were substantial degree courses and/ or they were working responsibly and professionally, this would not be possible. The demands of university degrees or postgraduate degrees should be too great to allow for this and would have been so 30 years ago. There are obviously some commercial arrangements going on between hospitals, universities and recent immigrants, that most of us have no entry into and barely a clue about.

Australians had little or no democratic say in what has happened and in what is happening to their universities. In 2013, if you want to do a research degree then you had better be doing it for a commercial reason and be able to show that you will bring money to the university. That leaves precious little opportunity and almost no financial support for pure research in science, politics or the arts. Yet these things are the stuff of knowledge, civilisation and democracy.

[1]
"The interposition of editors and reviewers between authors and readers always raises the possibility that the intermediators may serve as gatekeepers.[31] Some sociologists of science argue that peer review makes the ability to publish susceptible to control by elites and to personal jealousy.[32][33] The peer review process may suppress dissent against "mainstream" theories.[34][35][36] Reviewers tend to be especially critical of conclusions that contradict their own views,[37] and lenient towards those that accord with them. At the same time, established scientists are more likely than less established ones to be sought out as referees, particularly by high-prestige journals or publishers. As a result, ideas that harmonize with the established experts' are more likely to see print and to appear in premier journals than are iconoclastic or revolutionary ones, which accords with Thomas Kuhn's well-known observations regarding scientific revolutions.[38] Experts have also argued that invited papers are more valuable to scientific research because papers that undergo the conventional system of peer review may not necessarily feature findings that are actually important.[39]" (From Wikipedia: http://en.wikipedia.org/wiki/Peer_review#Allegations_of_bias_and_suppression (Yes, I've cited Wikipedia - and why not; there is really active peer review in Wikipedia, and the summary here covers the main points and references them well.)

Universities have adopted a business model

Universities have become businesses, an export industry. Rather than benchmark standards of learning, research and education, their budgets, and income, have largely become their raison d' etre. Apart from the recent $2.3 billion Gillard-government cut-back, universities have long been starved of funds, and are thus forced to rely more on international students. This compromises standards too, and as they are paying highly for studying here, and expect to pass! The carrot on the end of the stick is that many hope to gain residency here, at a time of rising youth unemployment. Once we had the Colombo plan, where thousands of foreign students between the 1950s and 1980s could study here, and then return to help their countries' economic development. Now, the Coalition have a $100 million reverse-Colombo plan. It's an acknowledgement that Australia is not top-ranking any more, and that the Asia Pacific region can match our own (declining) standards.