Significance of Review of Planning Zones: The Victorian government’s proposed new planning zones are the most radical review of planning schemes in the history of Victorian planning. They will lead to fundamental changes in the way Melbourne operates, change the fabric of the city and its hinterland, and remove an extensive range of existing citizen rights. Every citizen will be affected.

Impact of New Planning Zones: The major impacts will be the introduction of extensive commercial uses into residential areas, the destruction of Melbourne’s traditional strip retail centres, the dispersal of commercial activities to car based areas resulting in serious metropolitan wide traffic congestion, the de-facto removal of the urban growth boundary and the extension of a large number of urban related uses into green wedges. Resident rights of notification and objection will be seriously curtailed with many new uses allowed in these new zones without the need for permits.

In particular, the zones will:
• merge residential and commercial uses across urban zones, with an extension of commercial uses into residential areas and little difference between commercial and some industrial zones
• increase the price of commercial and rural land through the encouraging of land speculation
• lead to the growth of large numbers of out-of-centre car based commercial/retail developments including accommodation which will end the current functions of many strip retail centres and lead to substantial car use and increase road congestion across Melbourne
• increase the height of commercial/retail and mixed use developments. 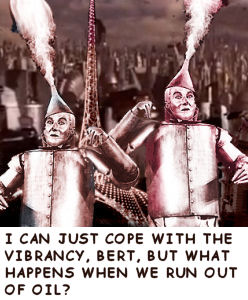 Here is my comment. This complex set of proposals concerning the new planning zones was sprung upon the public which was given only a month to comment. As commented above it appeared that the public was seriously misled as …“Clearly, the government worked extensively on its changes to zones in a secret parallel process while the public was diverted to a public process which proposed only moderate change.” A number of Councils held planning forums at which planning officers attempted to enlighten the public re detail of the changes. The public encountered difficulties when attempting to make submissions by the deadline last Friday when the DPCS computer crashed. The Planning Minister then gave the public an extension for a week. Our submissions will be referred to a small committee hand picked by the Minister. Members of the Committee cannot be said to be independent.

It is extraordinary that the Planning Minister did not refer the review which is of such great significance to the Parliamentary Standing Committee on the Environment and Planning. This has not had an inquiry for the past month or so. Public submissions (to this Standing Committee) are put on the Parliamentary website and presentations to the Committee recorded in Hansard. As far as I am aware most members of the public regard this process as open and transparent where people are given a “fair go”. Even if members of Parliament are split on Party lines they can write a group dissenting report. Protectors of Public Lands Victoria Inc recommends that a proper Parliamentary Inquiry be held into the new planning zones.