Queensland State Treasure Andrew Fraser claims that he has no option but to sell off yet more state-owned assets in order to solve Queensland's financial crisis. In this article, Ellen Brown, author of "The Web of Debt" urges Arnold Schwarzenegger the Governor of California, which faces financial difficulties similar to those faced by Queensland, to follow the example of North Dakota, which has its own bank, in order to create money to lend itself in a manner no different to the way that private banks create money to lend Governments, but at interest rates much lower than would be charged by the private banks.

But Governor, you can create money! Just form your own bank.

"I understand that these cuts are very painful and they affect real lives. This is the harsh reality and the reality that we face. Sacramento is not Washington -- we cannot print our own money. We can only spend what we have." 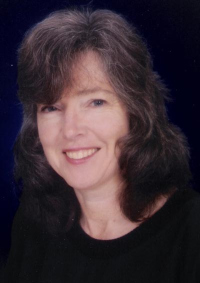 In a May 22 article titled "Billions in the Red: Fiscal Reckoning in CA," Juliet Williams reports that since California voters have now vetoed higher taxes and further state government borrowing, Gov. Arnold Schwarzenegger has indicated that he intends to close the budget gap almost entirely through drastic spending cuts. The cutbacks could include laying off thousands of state workers and teachers, ending the state's main welfare program for the poor, eliminating health coverage for about 1.5 million poor children, halting cash grants for about 77,000 college students, slashing money for state parks, and releasing thousands of prisoners before their sentences are finished. Schwarzenegger bemoaned the fact that the state could not print its own money but said it could only spend what it had.

But wait -- perhaps the state can create its own money. After all, banks do this every day. Certified, card-carrying bankers are allowed to do something nobody else can do: they create "credit" with accounting entries on their books. As the Federal Reserve Bank of Dallas explains on its website:

"Banks actually create money when they lend it. Here's how it works: Most of a bank's loans are made to its own customers and are deposited in their checking accounts. Because the loan becomes a new deposit, just like a paycheck does, the bank . . . holds a small percentage of that new amount in reserve and again lends the remainder to someone else, repeating the money-creation process many times."#main-fn1">1

President Obama has also acknowledged that banks create money through the "multiplier effect." In a speech at Georgetown University on April 14, he said:

"[A]lthough there are a lot of Americans who understandably think that government money would be better spent going directly to families and businesses instead of banks -- 'where's our bailout?,' they ask -- the truth is that a dollar of capital in a bank can actually result in eight or ten dollars of loans to families and businesses, a multiplier effect that can ultimately lead to a faster pace of economic growth."#main-fn2">2

Money in a government-owned bank could give us the best of both worlds. We could have all the credit-generating advantages of private banks, without the baggage cluttering up the books of the Wall Street giants, including bad derivatives bets, unmarketable collateralized debt obligations, mark to market accounting issues, oversized CEO salaries and bonuses, and shareholders expecting a sizeable cut of the profits. A state could deposit its vast revenues in its own state-owned bank and proceed to fan them into 8 to 10 times their face value in loans. Not only would it have its own credit machine, but it would control the loan terms. The state could lend at ½% interest to itself and to municipal governments, rolling the loans over as needed until the revenues had been generated to pay them off. On average, interest has been calculated to compose fully half the cost of every public project.#main-fn3">3 Cutting costs by 50% could make currently-unsustainable projects such as low-cost housing, alternative energy development, and infrastructure construction not only sustainable but actually profitable for the government.

Is all this too radical and unprecedented to consider? Not at all. One state has had its own bank for 90 years, and it has escaped the credit crunch and is doing remarkably well . . . .

The state-owned bank of North Dakota

Only four of fifty states are now solvent, meaning they can meet their state budgets; and one of them is North Dakota.#main-fn4">4 It is an unlikely candidate for the distinction. It is a sparsely populated state of less than 700,000, known for cold weather and isolated farmers. Yet since 2000, the state's GNP has grown 56%, personal income has grown 43%, and wages have grown 34%. This year the state has a budget surplus of $1.2 billion.

North Dakota boasts the only state-owned bank in the nation. It has avoided the credit freeze by creating its own credit, leading the nation in establishing state economic sovereignty. The Bank of North Dakota was established by the state legislature in 1919 specifically to free farmers and small businessmen from the clutches of out-of-state bankers and railroad men. By law, the state must deposit all its funds in the bank, and the state guarantees its deposits. The bank's stated mission is to deliver sound financial services that promote agriculture, commerce and industry in North Dakota. The bank operates as a bankers' bank, partnering with private banks to loan money to farmers, real estate developers, schools and small businesses. It has ample money to lend to students (over 184,000 outstanding loans); it purchases municipal bonds from public institutions; and it makes loans at 1% interest to new farmers. The state's current governor was formerly president of the Bank of North Dakota.

In California and other states, workers and factories are sitting idle because the private credit system has failed. An injection of new money from a system of publicly-owned banks on the model of the Bank of North Dakota could thaw the credit freeze and bring spring to the markets once again.

Original article published as "But Governor, You CAN Create Money! Just Form Your Own Bank." on 29 May 09 Op Ed News
See also: "Revive Lincoln's monetary policy - an open letter to President Obama" of 9 Apr 09 by Ellen Brown (also published here), "Cash-starved states need to play the banking game:
North Dakota shows how" of 2 Mar 09, "Take back the power to create money from the private banking industry" - submission by Ellen Brown to President Barack Obama's Open Government Dialogue of   of 29 May 09.