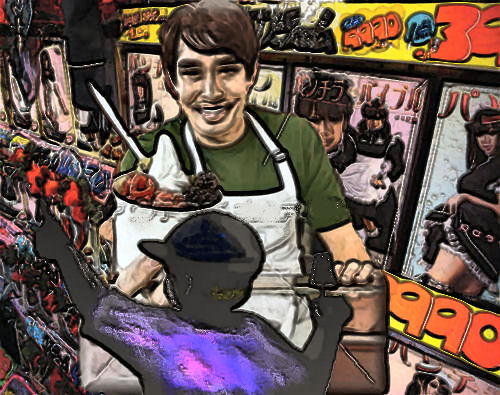 I am not a prude, but my children have a right to childhood

I am not a prude. (I know, it's a shame that women have to clarify that point before commenting on pornography, but just before you grab your keyboard to type a response, I am not opposed to adults accessing legal pornography.) What I am opposed to, is children being exposed to pornographic images in milk bars, service stations and newsagents.

We have a great local store. The vendor takes the time to serve the children of our community one by one as they choose their lollies the 'old fashioned way', and as if they're making the biggest decision they'll ever make in their lives. My kids look forward to their once a week treat, and I enjoy helping to foster what I think will one day be a positive childhood memory.
However, last week as I stood waiting for an order with my four year old son, I noticed at children's eye level two magazines with almost naked, unnaturally busty, spread legged, pubeless 'women', faces with parted glossy lips wantonly staring out as they pull down their knickers, just beside the icecream freezer right in front of us. With headlines such as 'Fit to F*#K', World's Oldest Porn Star', 'Keep on F*#king','Porn star goes down on chopper pilot's chopper', etc., there wasn't much left to the imagination. (hey, if you're freaking out reading this, imagine how I felt with my child in tow.)

Does the right to make money cancel out my children's rights?

I spoke with the storekeeper about this, and although he understood my concerns, his job was to make money. In fact, he informed me that many of his clients, the truckies passing through who park out the front of our primary school, actually think he should stock more of the 'hardcore stuff'. (gee, that's comforting I say as I push my stomach back down from the back of my throat....). Apparently, according to the storekeeper, less offensive magazines such as Ralph and FMH do come covered, but these two, which have progressively become more explicit, have escaped the same censorship. Therefore, the storekeeper (and anyone else) can have these magazines sitting anywhere in their shop and as in our case, right between the lollies and icecreams about half a metre from the floor. (Have an icecream kids, and would you like porn with that?)

Our children are victims of pornography

Our children are victims of pornography. They are being exposed to images of a sexual nature long before they can comprehend their meaning, but these images make an impression. It tells boys what to expect of girls and tells girls how they should act. We have a society full of girls and young women with eating disorders and serious body image problems, and a fast growing cosmetic surgery industry (which cashes in unashamedly on those with body image issues). We have what seems like an 'epidemic' of paedophilia, with more and more men accessing sexual images of children. The news is full of stories about footballers physically and sexually assaulting women, yet society still allows our kids to be brainwashed with pornographic images at an early age.

I'd like to know that when my kids go in to the local store for a bag of lollies or some milk, that they are safe and not exposed to things they shouldn't and wouldn't see at home. Sadly, I've come to learn it's something I shouldn't 'expect', but surely it's not too much to ask.

This article is by Catherine Manning, President of the Southern Victorian Community Action Group Inc, and the newly formed Cardinia Township Association, and an ordinary parent/citizen concerned about the future for our children, in this case, the impacts of inappropriate exposure to pornography.

Update!!! I have now undertaken a campaign to have pornographic material removed from the view and access of children in milk bars, service stations, newsagents, etc.. Please visit www.sayno4kids.com for more information, and to add your voice to the petition to the Standing Committee of Attorney's General (SCAG).