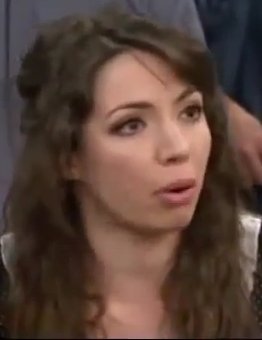 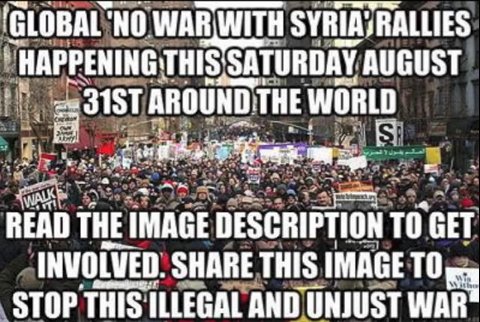 Whilst the UK Parliament has acted to prevent that country's armed forces from participating in the planned act of war against Syria, the United States is apparently still prepared to take action "on its own" in the face of the evidence and ovewhelming domestic and international opposition.

We must act to stop this outrage!

There will be a rally on Saturday 31st at 2pm outside the State library, Melbourne (328 Swanston St Melbourne VIC 3000 - Cnr La Trobe St) to protest the planned military attack on Syria. Various groups will be involved. Layla will be speaking on behalf of AMRIS.

Please circulate this, an update on my previous email, in which the Mother Agnes link didn't work. Also a second article from today by Alastair Crooke, and below that a message from Robert Bekhazi on the dangers to Christians in particular from the threatened attack, and the assistance it will give to Takfiri groups:

She asks some important questions about the children killed in the 'chemical attack' last week. Where did so many children come from when that area had lost a lot of its population after the 'rebels' took over? I was disturbed by the fact that there were virtually no signs of women - mothers and grandmothers, aunts etc - showing care for the children or lying beside the children, also killed by the chemical attack. If the children had been in a normal family situation when there had been a chemical attack, then where were their mothers? It raises the question: had the children been kidnapped from Lattakia, for example, for this attack? The men around the bodies show little to no anguish. Is this because they are the children of 'infidels'? (This is a news report from Syria showing interviews with relatives of people killed by Takfiris in villages around Lattakia earlier in August. They show the enormous heart-felt grief one would expect from family members in this situation.)

Alastair Crooke, ex-MI6, warned against war in Afghanistan decades ago and has been warning about the use of propaganda for war purposes, the information war. His article, Straining Credibility, is an excellent reference.

He has also just written this article on the US committing an 'Act of War', which succinctly exposes the false pretext being used by the West, as well as the evident culpability of the 'rebels'. : US Attack on Syria Would be Illegal 'Act of War'.

Dr Jeremy Salt, Australian ME expert who spoke at the last AMRIS information night, presents an analysis of the current crisis, "The Guardian of what? The Media and War Propaganda"

On the AMRIS Youtube page, there is an interview with Jeremy about the media and war propaganda. 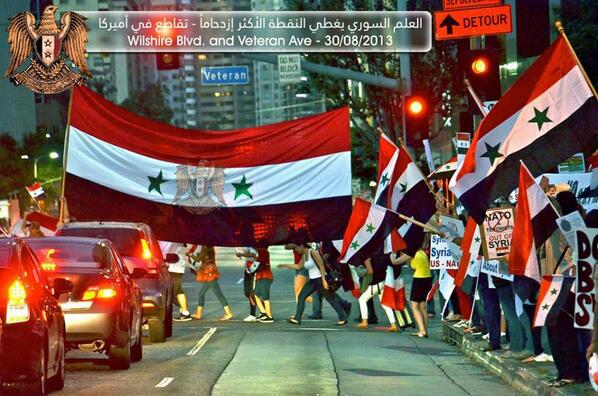 The image below was posted to Twitter on 1 September 2013. 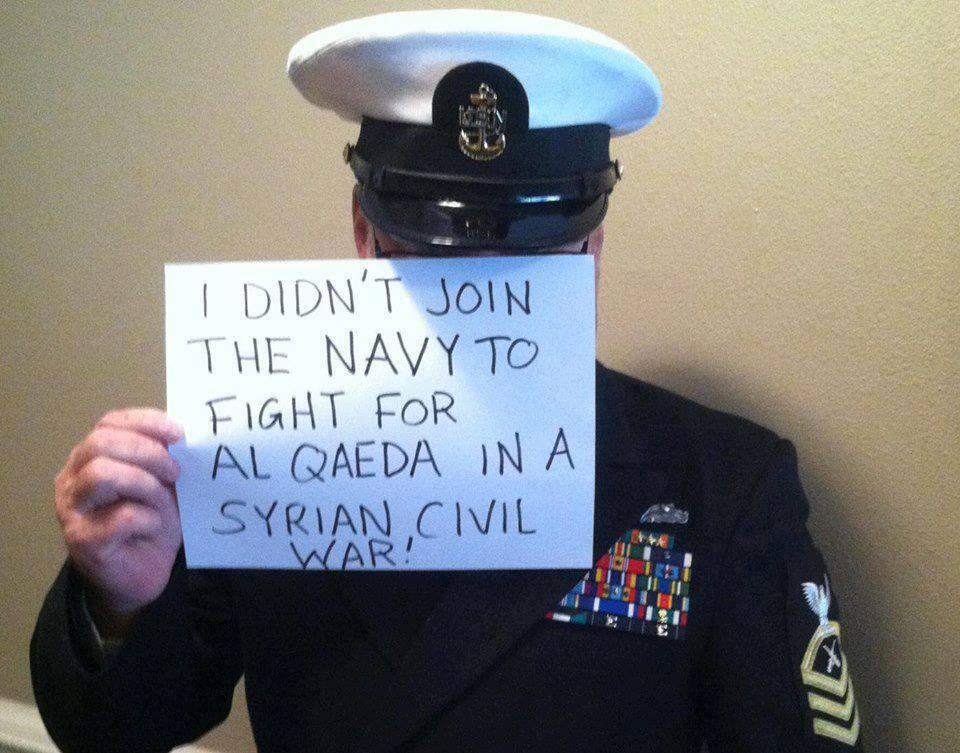