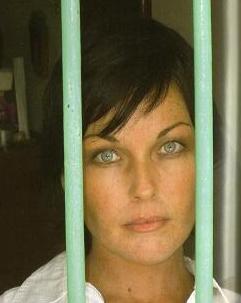 Schapelle Corby became a household name in Australia after her arrest in 2004 on charges of importing 4.2 Kg of marijuana into Bali.

Her subsequent trial and guilty verdict were covered extensively in the news, and in 2005 there was a groundswell of support from all over Australia due to the inconsistencies in the evidence against her, the main one being that the street value of marijuana in Bali is roughly one eighth of the Australian value. Why would someone take enormous risks to import a drug into a foreign country for a massive loss?

The weakness of the case against Schapelle was compounded by the fact that the Indonesian prosecutors could not offer a single piece of forensic evidence to support their case, despite repeated requests from Corby's defense team. The marijuana was not tested for its origin, finger prints were not taken and CCTV footage was mysteriously unavailable.

The case against Schapelle was based exclusively on circumstantial evidence, bolstered by (disputed) claims that her behaviour during the initial search demonstrated guilt.

The final twist was a "trial by media" which occured after Australian television program "Today Tonight" payed Jodie Power $100,000 cash to air extremely damaging allegations about Schapelle's sister Mercedes and the Corby family.

In May 2008, a New South Wales Supreme Court jury found that Channel Seven defamed Mercedes Corby, after which Seven Network settled the case for an undisclosed sum.

Schapelle's mental state is reported to have deteriorated dramatically in the past year. Psychiatrist Jonathan Phillips visited Schapelle in jail earlier this year, and described her condition as follows:

"She is lost in her own bewildering world where fantasy, hallucinations and bizarre ideas dominate her mind… I really fear for her."

"I know from experience that her illness will not get any better in the current situation, and will probably worsen with the risk of calamity."

"Whether she's innocent or guilty, her needs are medical."

"She is in huge trouble."

"I've never known a similar situation before and the things that might go wrong are beyond reckoning."

Tonight TNRA welcomes Roy Reeves, a close friend of the Corby family, to discuss these issues and the miscarriage of justice which now threatens Schapelle's life.

Originally published on Truth News Radio. Go there to retrieve broadcast. Interview concerning Schapelle Corby is 25 minutes into the program.

See also: "Schapelle Corby is innocent, and the Australian Government knows she is" of 6 Sep 09.

Well done to broaden coverage on this justice gone awry issue. I would never have read about Schapelle anywhere else, since I just thought it was a sideshow. So you have done good here for someone who is suffering terribly. I hope Schapelle gets to hear about her new support network and takes strength from it. Remember that the darkest hour comes before the dawn!

Thank you. Glad to know that it is appreciated. Of course, much more of the credit belongs to Roy and other supporters of Schappelle Corby and the web sites freeschapelle.com.au and freeschapelle.net. As I had already said, I had wrongfully and unfairly thought that Schappelle Corby was someone who had largely gotten herself into the terrible predicament that she is now in. Even if it seemed that her treatment was harsh, I largely accepted the rationale that there was little that the Government could do without being too diplomitically ham-fisted. However it has recently become clear that if either the Howard Government had the will, Schapelle would be a free woman today. The Indonesian Government would not have dared allow this outrageous miscarriage of justice to stand if either Government has simply made known to the Australian public, the Indonesian public and the international community the plain simple facts that prove her innocent. That they did not gives us a good indication of these governments' and our mainstream newsmedia's true regard for the wellbeing of ordinary Australian citizens. Others can be found in this site's coverage of just some of the policies so enormously detrimental to the wellbeing of the people of this country: The fire sales in Queensland and NSW of publicly owned assets, very likely to be snapped up by foreign corporations, the removal of restrictions on foreigh citizens including Chinese citizens acquiring houses sought by Australian homebuyers, allowing University places to be auctioned on the internatioanl market to the highest bidder and be used as means to buy citizneship, record high immigration, etc,, etc.