A definition of advertising: "The act or practice of calling public attention to one's product, service, need, etc., especially by paid announcements in newspapers and magazines, over radio or television, on billboards, etc.: to get more customers by advertising." 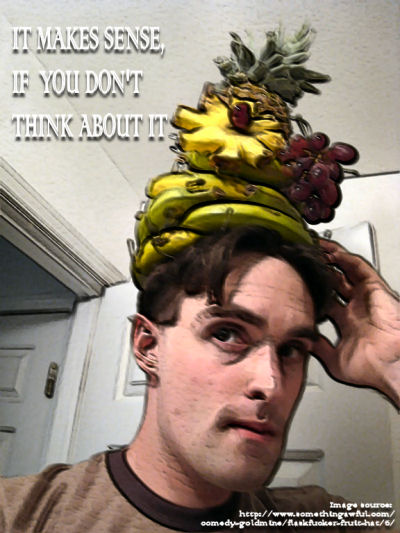 Over 1 million Voters who accessed the Vote Compass were subjected to this advertising. This would be between 7% and 10% of the voting public.

"Product placement and other forms of embedded or surreptitious advertising are prohibited."

Will the ABC now be called to account for prohibited political advertising throughout the 2013 Federal Election campaign?

Quite apart from this, complaints were also submitted to the ABC, over years, about the way its broadcasts limited the Carbon Tax debate to discussion of a range of financial schemes to reduce emissions, without also discussing the prime cause of emissions growth (aka population growth). A fact cited in these complaints was that in the 20 years BEFORE introduction of the Carbon Tax both fossil fuel based emissions and population had grown roughly 32%. This rate of growth was far higher than the rate of reduction that any of the proposed emissions reduction schemes could achieve in Australia.

The ABC was made aware of all these facts before the Carbon Tax legislation was passed in 2011, but still it supported misrepresentation of the Carbon Tax facts.

The Carbon Tax aspect of my complaints was analogous to complaining that the ABC had broadcast repeatedly for over 5+ years that the only way to control obesity was by exercise, when the truth is that the amount eaten also influences weight gain.

But when it comes to one of the biggest humanitarian, social, environmental and economic challenges facing Australia today, the ABC can broadcast whatever it pleases and remain unaccountable for any lack of editorial integrity. An obvious example of this is ongoing omission or concealment of the population growth management issue from public policy debate.

Will a public apology be forthcoming that is disseminated as far and wide as the Vote Compass and the biased ABC Carbon Tax Debate were disseminated over the last 5+ years? Or will the ABC continue to get off "Scott-free" (excuse the pun)?

The ABC has done a great job documenting its Vote Compass Project. However the results highlight the role of the ABC in setting the election issue agenda, despite the fact that the ABC explains: "Vote Compass is not a poll. It is primarily and fundamentally an educational tool intended to promote electoral literacy and stimulate public engagement in the policy aspect of election campaigns."

Some time ago I complained to MediaWatch that the ABC Vote Compass was biased due to its omission of the Population Growth Management issue. I am still waiting on their response. The results of the Vote Compass appear to support this complaint.

Agenda-setting theory describes the "ability [of the news media] to influence the salience of topics on the public agenda." That is, if a news item is covered frequently and prominently the audience will regard the issue as more important. Agenda-setting theory was formally developed by Dr. Max McCombs and Dr. Donald Shaw in a study on the 1968 US presidential election. They demonstrated a strong correlation (r > .9) between what people thought was the most important election issue and what the local and national news media reported was the most important issue. By comparing the salience of issues in news content with the public's perceptions of the most important election issue, McCombs and Shaw were able to determine the degree to which the media determines public opinion. Since the 1968 study, more than 400 studies have been published on the agenda-setting function of the mass media, and the theory continues to be regarded as relevant. (ref. Wikipedia). 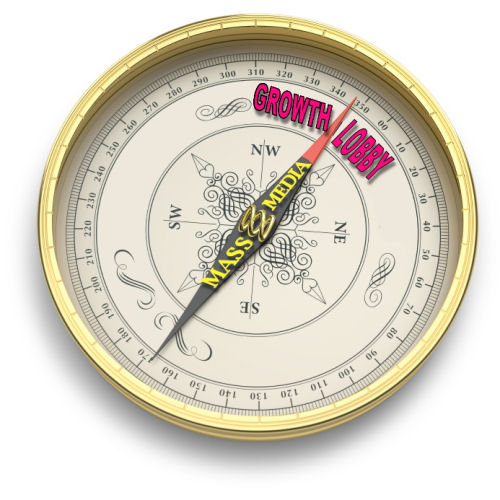 The Vote Compass Results show that of the 30 listed issues, the largest neutral (or undecided) votes went to:

- How many new immigrants should Australia admit? (35.9%)
- How much financial support should the Commonwealth provide to the car industry? (36.0%)
- How accessible should abortion services be in Australia? (39.4%)
- How much government regulation should there be on business? (41.1%)
- How much should the government spend on defence? (46.3%)

Were these high Neutral votes because of the complexity of the issues, a feeling of being unqualified to decide due to lack of information/understanding, or simply no opinion? The latter seems highly unlikely for the population growth management issue (which is a pure sustainability issue), and the issue itself is relatively simple to understand. Is the relationship between population growth, population size and migration being confused by government and media under-reporting the adverse impacts of rapid population growth while rapid migration continues? Does defining the issue under the banner of migration confuse and lead to any opposition being characterised as racist or xenophobic? How perfect this might be for those favouring rapid growth!

The smallest neutral or undecided votes went to:

- Medicare should offer basic dental care for everyone, even if people have to pay a higher Medicare levy. (7.4%)
- Boats carrying asylum seekers be turned back. (8.7%)
- Students in government and non-government schools should receive the same amount of federal funding. (9.0%)
- The government should further restrict foreign ownership of Australian agricultural land.(9.1%)
- Should asylum seekers who arrive by boat should not be allowed to settle in Australia (9.3%)

Was this because voters are confident that they understand these issues and/or feel they have enough information to form an opinion?

The issues showing the most balanced agreement/disagreement (or more/less) rating (ie with the proportion of those agreeing within roughly +/-5% of the proportion disagreeing) are listed below with percentages (Neutral/Agree/Disagree):

As shown by the percentages, the immigration issue is in a class of its own; with balanced agreement/disagreement combined with a very high neutral vote.

Conclusions that could be drawn from these Vote Compass results include:

Findings of the Essential Report, 23 July 2013: Which are the three most important issues in deciding how you would vote at a Federal election?

The Vote Compass confirms that all the major political parties (Labor, Liberal, Green) support ongoing rapid, migration-based population growth at or above current (2012) levels. In 2012 the level was 1.8% per annum (roughly 4 times the OECD country average based on CIA World Factbook Data versus ABS data for 2012).

The Vote Compass preferentially concealed the existence (under the term "other") of a party standing to represent voters concerned about population growth management (The Stable Population Party), while preferentially naming parties such as Wikileaks, Katter, Palmer. Wasn't this all simply part of the ABC's biased agenda setting?

Do results of the Vote Compass showing balanced agreement/disagreement combined with a large proportion of neutral or undecided votes, conclusively show the impact of ABC bias by omission of information in this key population policy area? Has the ABC selectively chosen to ignore an issue when it should fully understand that 50% or more of voters disagree with Liberal, Labor and Green policy? Does it really matter why this happened? Isn't it simply important to recognise the bias and make amends by correcting it? You can encourage the ABC by signing, and most importantly also forwarding, this petition. Thank you for supporting this cause:
Australia requires a public inquiry to determine a basis for the optimum rate of population growth

What, exactly, is the ABC's definition of bias in its Code of Practice? Here's what they say in their introduction: "The ABC has a statutory duty to ensure that the gathering and presentation of news and information is impartial according to the recognised standards of objective journalism....... Aiming to equip audiences to make up their own minds is consistent with the public service character of the ABC. A democratic society depends on diverse sources of reliable information and contending opinions."........ and so it continues ..........