Our city was alight last night as was the countryside
the first, an exhibition the latter ecocide.

Infernos rage devouring branches, trees and leaves,
baking soil, cooking worms, singeing feathered wings ,
fragile membranes of flying foxes, gliders,
or burning them to oblivion. These creatures cannot outrun
the raging flames gathering force, uniting over ridges.
Wind assisted, the fires grow and gather speed.
These fires can turn a house, a car, a firetruck
into a skeleton or a mere suggestion of what was there before,
an imprint on the ground around what was yesterday a fireplace and chimney. 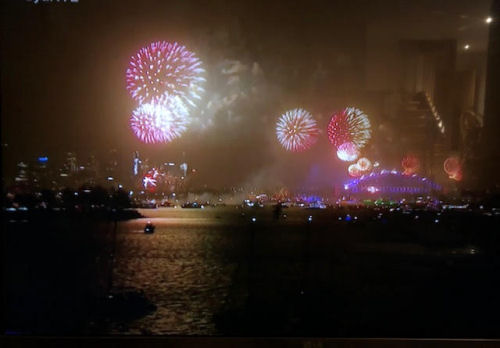 Smoke envelops once carefree seaside towns. The skies are dark at midday
and penetrating that thick blackness,
the sun appears faintly like a distant headlight through a London fog.

Cancelled camping trips leave city children disappointed.
Now trapped and urbanised, they take refuge in their phones
while those living on the coast are bailed up on beaches, homeless and afraid.
Others lost their lives, eaten up by flames.
The greatest toll was wildlife 500 million dead I'm told.
The rescued ones bear scars on ears and legs and toes
and there's nowhere to return to if by chance they are restored.

Australia's cities were alight last night in magnificent displays,
As the remnants of our forests were consumed in such a blaze!